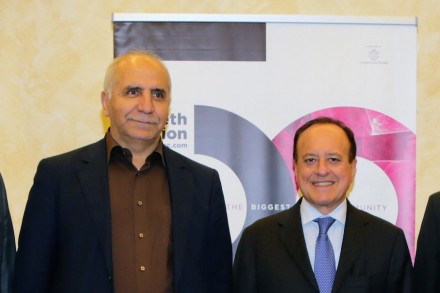 A delegation led talks with Italian representatives at Marmomacc 2015

In July 2015 the United Nations Security Council announced the lifting of sanctions against Iran. The resolution will come into effect in the New Year but activity was already noticeable at Marmomacc. Iran is, after all, the fifth most important stone producing country. Marble, Travertine and Onyx are its specialty.

„Iran‘s natural stone industry is seeking new partners“ according to a press release by Fair Organizers Veronafiere. „Investments are planned coming to 200 million dollars in the technology sector alone in order to modernize 5,000 processing centres in the country (and) more than 500 active quarries.“ The 87,000 employees in the branch also need to update their know-how.

Iran’s Deputy Minister of Economy, Trade and Mining Activities, Jafar Sargheini, attended the Verona Fair together with his delegation. „Iran is a stable and reliable player in the Middle East and a strong economy in the region“ he emphasized.

In order to attract foreign investors, his government has put a number of favorable clauses regarding taxation and profits in place. Advantages in regard to energy costs and labor are also part and parcel of the package.
CEO and General Director of Veronafiere, Giovanni Mantovani wants to see Marmomacc not only as an active hub for foreign contacts. He sees the qualification of craftsmen in Iran’s stone branch as an attractive field for Marmomacc. „We envisage that the Stone Academy will become active in Iran.“

An agreement to extend terms of cooperation to include use of machinery for agriculture and building is currently in the making. Veronafiere has already unfolded activities in this field in Egypt and Brazil. 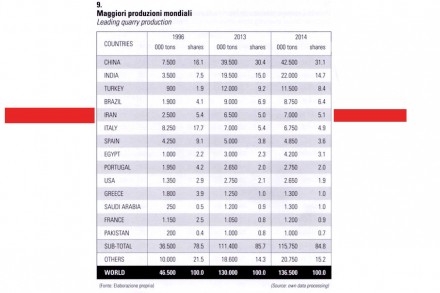