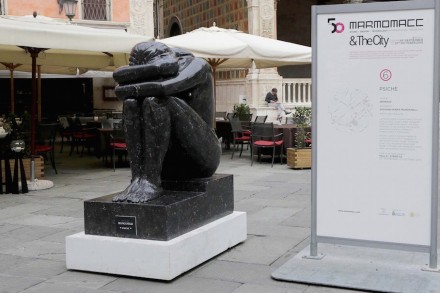 The city is famous not only for its arena dating back to Roman times or for its stage in Shakespeare’s Romeo and Juliet. Its ample implementation of pink marble throughout the city including sidewalks all marked by time is fascinating in itself.

The aim of the exhibit was stone as an important regional economic factor and to bring the Fair to the people even though it is open only to professionals.

What’s more, the exhibit is meant to provide inspiration for new use of marble by showing the contrast between modern objects and the heritage city. The Organizers hoped to provide food for thought as to the future of the city.

The exhibit was staged and sponsored by Veronafiere in cooperation with the architects of Verona and the City itself. The curator was architect Laura de Stefano. 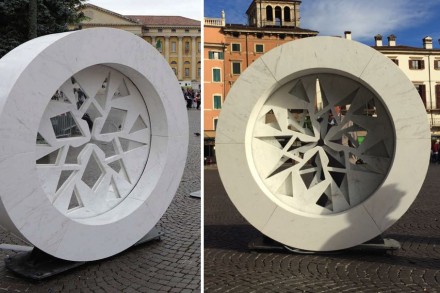 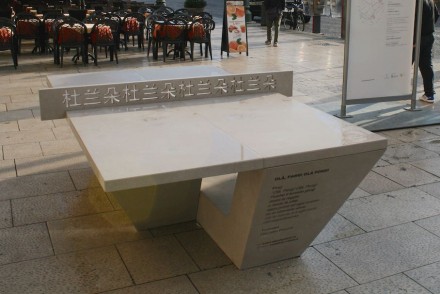 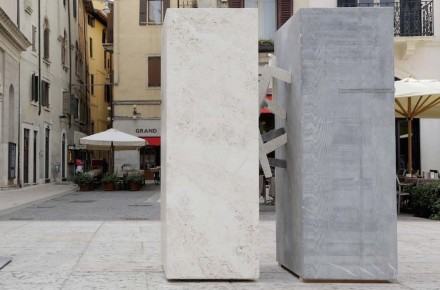 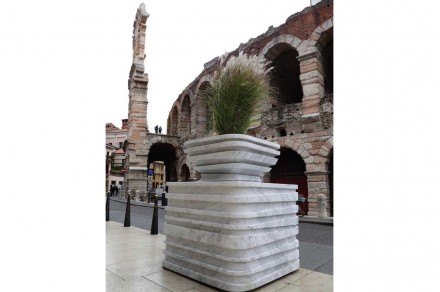 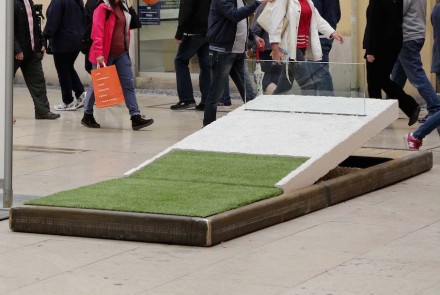 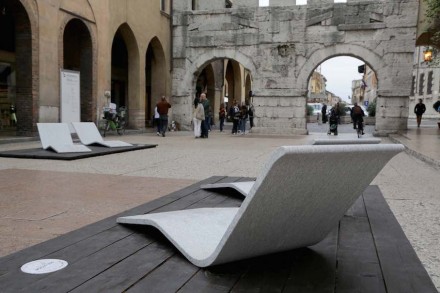 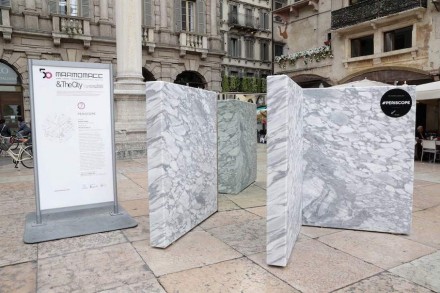 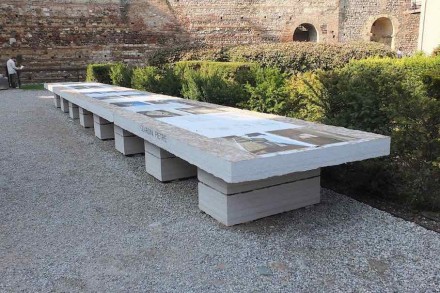