Is the human brain a holy object (as we can use it to think about God)? 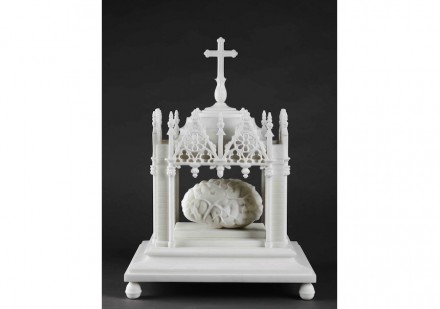 Pursuing his research into the functioning of the brain – a subject he has studied for over 10 years – the artist continues to explore the poetic possibilities of the organ as the centre of emotions, empathy and compassion, with the thirteen sculptures created especially for this exhibition. 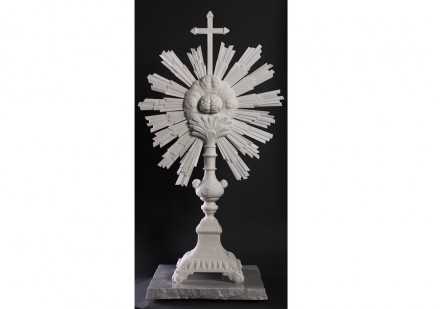 Meticulously designed and strikingly immaculate, Jan Fabre brings a sacred character to the brain through combining it with rich Christian symbolism to create startling associations. He reclaims holy imagery and transforms it with grace and beauty to create objects of desire. Staged in this way, the organs are exposed to the public in an iconoclastic vulnerability creating a dialogue between matter and spirit in a scenography that invites reflexion on human nature, religion, and the force of life and death. 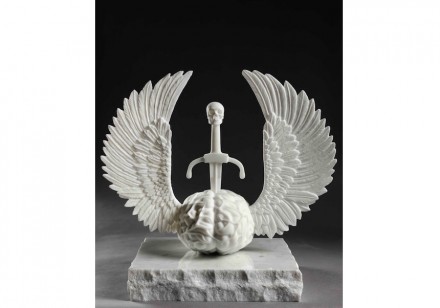 Confronted with this spectacular celebration of the human brain, the visitor is invited to admire the precision and fragility of the works but also to ponder on the different modes of thought, rational or not, in a world where the former clearly seems to override the latter.

Born December 14, 1958 in Antwerp, Belgium, Jan Fabre is notably known for his work Heaven of Delight for which he covered the ceiling of the Royal Palace in Brussels with jewel-scarab wing cases in 2002. He has recently had major exhibitions at the Kröller-Müller Museum of Otterlo in Netherlands, at the Kunsthistorisches Museum of Vienna, at MAXXI in Rome, at the Palais des Beaux-Arts of Lille and at the PinchukArtCenter in Kiev.

Eight years after the exhibition „Jan Fabre. The Angel of Metamorphosis” at the Musée du Louvres in Paris (2008), he is the first living artist to be invited to present an important monographic exhibition at the Hermitage Museum in Saint-Petersburg planned for September 2016.

In parallel, Jan Fabre writes plays that integrate dance and drama performed by his troupe Troubleyn, such as Tragedy of a Friendship, presented in September 2013 at the Comédie de Genève. He is currently touring Europe with his project, Mount Olympus. To glorify the cult of tragedy, his latest 24 hour long master work. 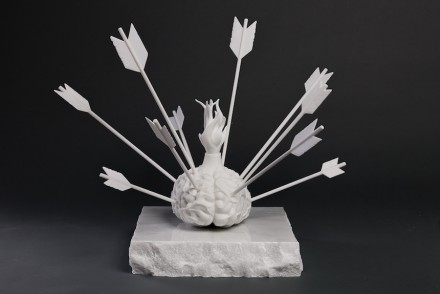