Ancient Art of Stone: „Hark the thunder in the stone“ 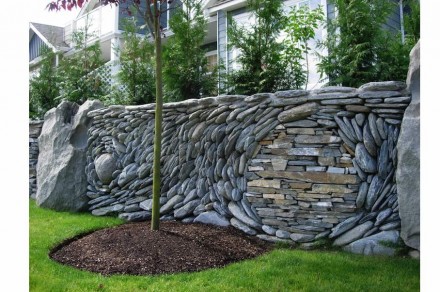 A certain magic accompanies the installations. Some sculptures bear an eye that follows passers-by, others are akin to a whirlpool in a dangerous mountain stream, others still resemble a lava stream or feathers of a fluttering avian.

All this and more emulated from a material originating from deep within the Earth’s interior: a material of extreme, almost unfathomable hardness. 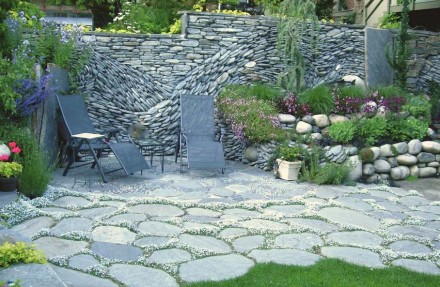 Canadian artists Andeas Kunert and Naomi Zettl collect stones in the north west of the country, on the Pacific Coast, in the mountains, and in the prairies. But if they are inspired by shape or color they are prone to bring back stone from Brazil or Madagascar.
Their webpage tells of the „ancient world“ what with its secret methods and knowledge, of the „other-side, what is invisible to our human eyes but felt within“, or of „sacred geometry“, the basic rule of nature and our planet forming the foundation of their works of art. 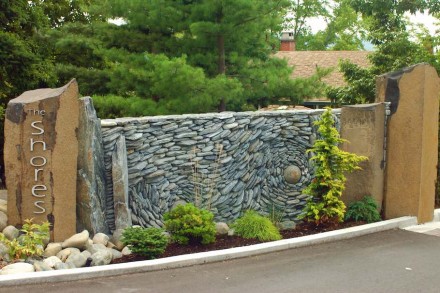 Our worldly view is shaped by science and technology, so we inquired as to the meaning of all this. 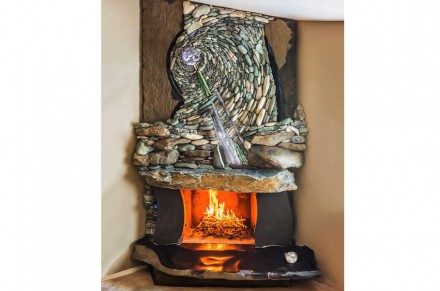 We won’t interpret the answer, but choose to attach a download-pdf-file with the complete wording, because we were surprised to find how much time the two invested in the answer and the vernacular precision of the explanations. 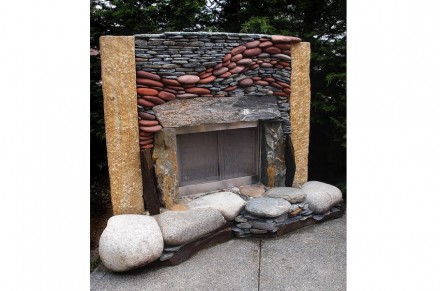 Everything in the world carries the breath of Creation in it, the center of their view of life. Man can communicate with seemingly inanimate objects: „If you are aware you can hear the voice of the stone spirit in its ancient thundering voice.“

This is the experience the couple wanted to share with and pass on to others. 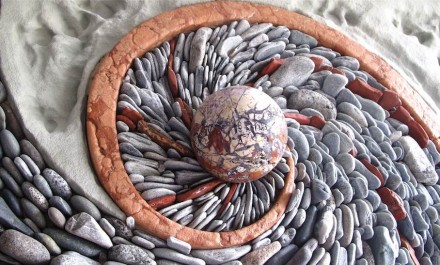 And, indeed, as we mentioned earlier, there is thunder in their works of art, when looking into the dangerous whirlpool, or when feeling the heat of the lava or even when getting some notion of the endlessness of time the stone has been on Earth or the forces it experienced when created…

But how can it be that they remove material from its natural environment and transform it into something new? 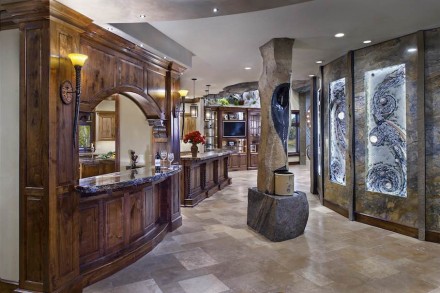 They write of ceremonies which are part of the installation: „We express gratitude to the earth and handle the stone we have been gifted with great reverence.“

The ceremonies are reminiscent of rituals which medicine men invoke. But this, too, is part of our history: in ancient times, mountain dwellers called on spirits of the Earth to woo them into surrendering their treasures. To this day the Church blesses a pit before miners descend into the depths. 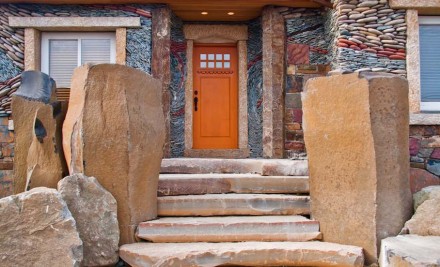 Andreas enjoyed art classes as a child. As a teenager he has some mnemonic difficulties and gave up the art education. Via painting and photography he finally found the way to natural stone.

Naomi gained access to art through her mother, a potter and painter. As a child she encountered stone circles in the prairies of Saskatchewan – a remnant of ancient cultures. She studied sculpting and extended media at the University of Saskatchewan and graduated with great distinction. 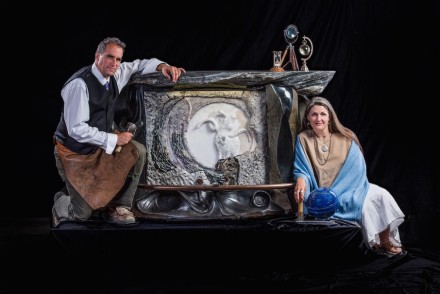