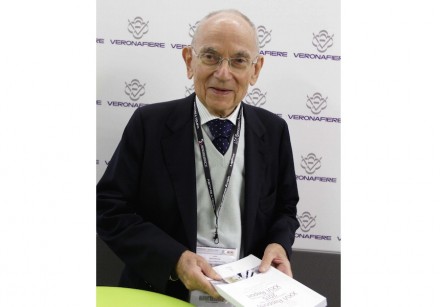 Considerable growth in global natural stone trade is the over-all assertion of Dr. Carlo Montani’s bilingual statistical yearbook „XXVI Rapporto marmo e pietre nel mundo 2015 / XXVI Report marble and stones in the world 2015“. 2014 saw an increase of 6.7% over the year prior in exports by tonnage (56.9 million t over all).

The global increase of quarried stone amounted to 3.85% equaling 103.5 million m³ (brut including waste, to be neglected after production). The magical mark of 100 million m³ was thus surpassed. Transposed into slabs with a thickness of 2 cm this made up 1.5 billion m².

In a long-range view, the trend is showing a sustained upward swing: within the last 20 years the international trade in natural stone has quadrupled! Increases amount to 14% per year, „a result much higher than that of the world economic system, considered as a whole“, as Montani explains. 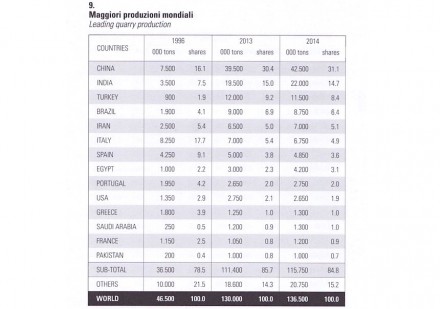 But such statistics are always a bit delusive. A glance at the table of large producers reveals that two main players are responsible for the statistics, namely China and India. Runners up showed negative growth albeit minimal.

Note that the ratio of value-added end-products is on the increase as well.
Montani includes Africa in the analysis where „new opportunities“, can be seen. With this he means the increased production of Egypt and South Africa, two big players in the world market – but also of starters-up such as Zimbabwe, Benin, Togo and Morocco.

Montani also ascertains that some African countries have become importers. Hope was stoked at the encouraging first steps made in Dakar and Lusaka toward a „sectoral economic cooperation“ negotiated with the industrial nations. 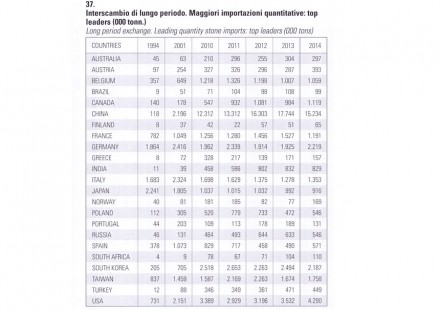 Let us take a quick look at importing countries in alphabetical order. Most of the giants are also big exporters. This means that they import blocks or slabs and sell them as value added products after production. 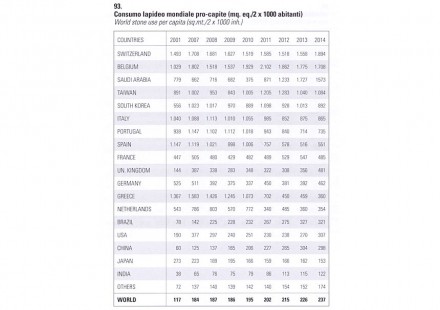 But surprisingly the four leaders reach a per-capita consumption of more than one square meter per person.

But why is Belgium at the head of the lot whereas the Netherlands and USA are at the end of the line with German and in the mid-field?

Tables: Excerpt from the book