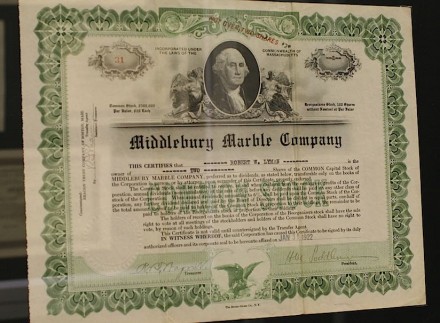 People come and go but stone endures. Pity that after some time only the marks of tools bear witness to the stone’s heritage and effort invested in working it but offer little information on the people involved. But there are documents revealing some information at least of commercial activity of the past: at Poznań’s „Stone“ Trade Fair (held from November 18th to 21st 2015) shares and bonds of natural stone producing companies of two centuries were on display. 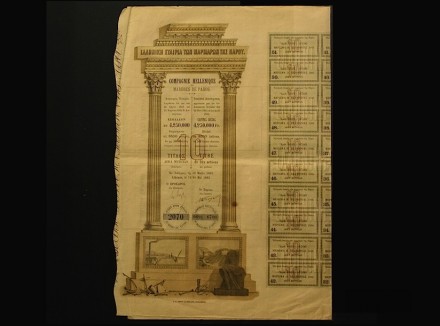 Opulent and in some cases with great attention to detail and design, these documents were meant to convey a sense of security and reliability of the project behind the investment. More than 150 specimens of Tomasz Staniszewski’s collection were on show at the fair. 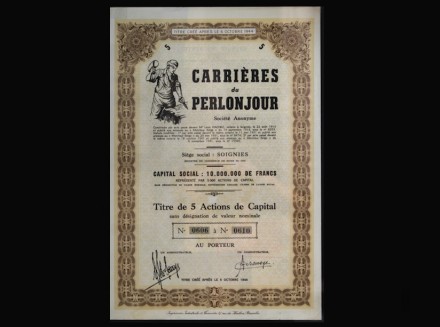 Let us dedicate some space to Staniszewski’s curriculum, which somehow is typical of the branch.
The forty-five-year-old company-owner is the last of several generations of stone-masons. His great grandfather himself owned a stone producing company in Radom, some 100 km south of Warsaw specializing in gravestones and construction. But Staniszewski wanted more than his father and went off to study economics after the fall of communism in Poland. 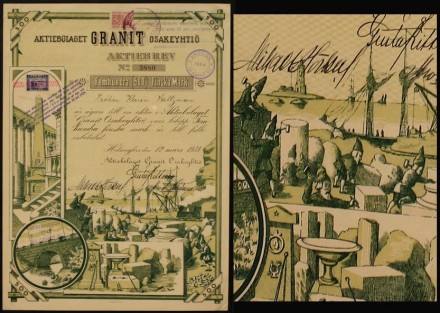 That is where one of his professors showed some stocks and bonds as an example of ways to generate cash in the capitalist world – Staniszewski immediately took a hankering to the decorative paper.

At first he collected securities printed in czarist Russia – meanwhile, he himself had settled in the stone branch – and later specialized in collecting stocks and bonds from his branch of business. Already in the 19th century, stone production involved great investments.

His collection has since grown to some 280 pieces from all over the world specifically from the stone branch. The entire collection encompasses some 1500 pieces. 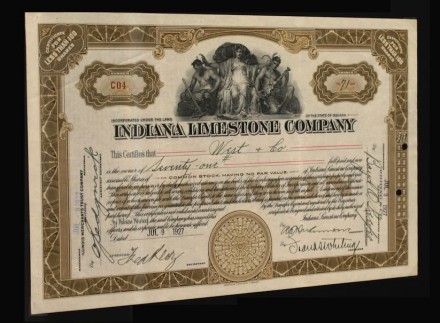 Some of the companies on the face of the securities still exist today, some with changed names or as parts of conglomerate enterprises, whereas others are a mere dust in the wind. 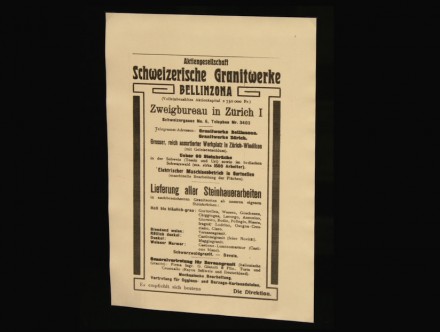 As a collector, Staniszewski is constantly on the lookout for information on share-issuing companies of yore.

His livelihood is Inbra Polska Company, one of the country’s leading importers. 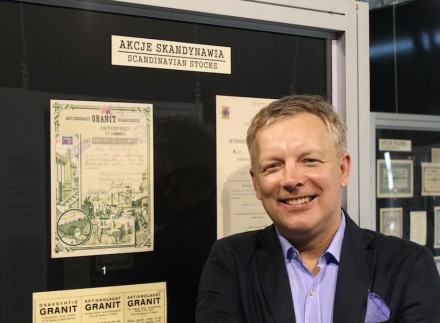 The exhibit marked the 20th jubilee of Inbra Polska and Staniszewski’s activity in the branch – reason enough to celebrate.