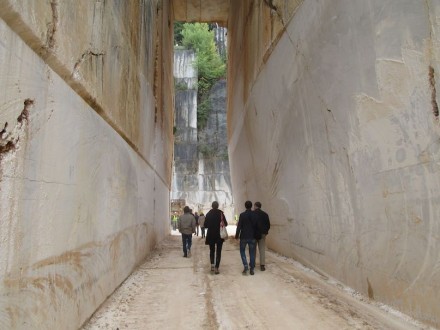 Anyone who has taken part in a tour of Carrara or any other quarry will sooner or later have been confronted with stories of the senior members of traditional stone families who wandered through the mountains and pointed out the exact spot suitable for quarrying marble.

While these stories may be true, this method of searching for new repositories is unprofessional, at least by today’s standards. Today we have modern technology such as ground penetration radar, electrical resistance tomography and a variety of seismic methods to look deep into the stone from above. Satellites and computer models help find the exact coordinates in the field and analyze the data.

These methods have a long tradition e.g. when searching for artesian wells. They have since been refined to the point where the European Union launched a research project from January 2013 to December 2015 to bring modern methods closer to the stone branch. The project was named „Sustamining“.

There were various reasons for calling the project to life:
∗ Most enterprises in the stone branch are too small to have access to state-of-the-art technology
∗ Modern technology helps reduce wasted resources in accessing repositories
∗ Reduced waste of resources also means reduced waste of material since caverns, chasms and weathered stone can be avoided.

So the main aim was reducing costs of quarrying as a means of aiding the branch in Europe and at the same time keeping ecological damage to a minimum.

The project was implemented in three model quarries:
* one in Turkey in the Tauro mountains where Emperor Marble is quarried;
* one on the Italian Alpine boarder near Brescia where Breccia Aurora Marble is won;
* one in the Spanish province of Ourense where the Penido quarries (granite) are situated. 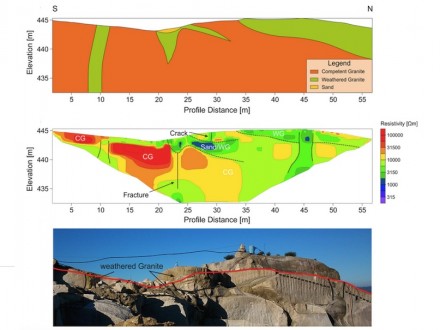 Next to these three companies, research institutes from Spain and Great Britain as well as a number of stone trade organizations and the umbrella organizations Euroroc and Euromines were involved in the project.

Research showed that by analyzing data collected by modern methods it was possible to peer deep under the surface into the rock. The Italian quarry demonstrated this: the radar pictures showed that an underground cavern would have posed a safety hazard. 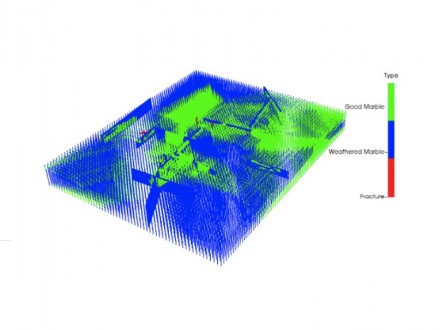 The trick now is to bring the results to other companies. This job has been taken on by the trade organizations.

The following companies, scientists and trade organizations were involved in the project: