Flintman David Smith: „Flint was hitherto one of the most important building materials in England“ 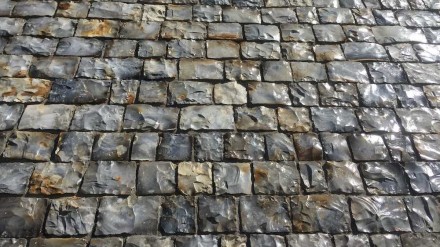 With a degree in fine arts, the artist propagates the rediscovery of flint and its traditional implementation

David Smith is the Flintman. We were introduced to the artist within the frame of our report on Flint House. Through a series of mails and phone calls it soon became obvious that he had a lot more to recount than merely the stories of this, albeit unusual, building project (link see below).

Flintstone „has been a popular building material in England for centuries“, as Smith recounts. „in the 11th century forts were built with flint and since the 13th century, the material can be found on decorative buildings as well“. Some of these were even opulent manors representing wealth and power.

To this day many houses in the south east of England are built of this material coining the phrase „Brick and Flint villages“. The material fell from grace during the industrial revolution: forthwith building materials were to be made by hand and British slate and granite quarried by machine became popular.

David explaines which types of flint are the most popular:
* wet flint is quarried. Its molecules are densely packed. „Where such material is known, the breaking point can be predicted reliably“, says Smith.

* field flint also known as dry flint was collected by farmers from their fields in spring after the frost and snow brought the stone to the surface – „an almost renewable raw material“, jokes Smith. But the material has its limits as far as implementation is concerned.

* „cobbles“ are stone washed round in streams.

Smith, who is an artist by vocation, gained insight into Flint by coincidence after someone asked him if he could use the material to make something.

By and by David became one with the stone. For some time now, he has been holding lectures and workshops to teach architects best how to use the material. „There is a lot to be done with flint“, he says, e.g. restoring old buildings or using it to build new ones where a land lord wants some physical relation to the surrounding land.

The Flintman has made a name for himself, which prompted the contact by the architect in Buckinghamshire who asked if her idea could be realized.
For David this was a unique opportunity: „First a feasibility study was carried out followed by a stock-taking and a regional survey for stone in the desired dimension and color.“

His quest took him through the greater part of Great Britain. He asked experts and craftsmen whether they could work the stone: in the 28 years of his flint career, he made a number of acquaintances. „Four of them now have their own companies specializing in flint“, says Smith.

His own Lewes-based enterprise employs 5 co-workers.

By now he has made a name for himself beyond the borders of Great Britain all the way to Japan. Norfolk’s sister county is Nagano, a bond which was expressed when designing the new government building in Nagawa with the aid of two typical materials:

A wall made in part with English flint contains 3 tables with samples of obsidian. 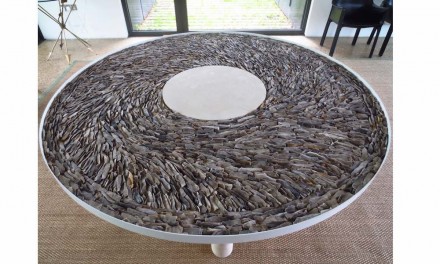 A recent example for Smith’s ideas is the table top the surface of which is composed of flint chips. 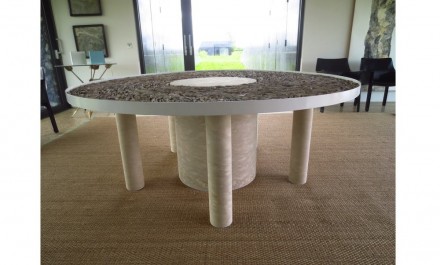 The base is made of chalk.

By the way: the new Flintmen already have strong competition in the form of pre-fabricated panels where stone is pressed into concrete similar to exposed aggregate concrete.
Smith takes no pleasure in this process. „Hand worked the costs are about 15% higher but much better.“ He also notes that the material’s history calls for respectful handling. 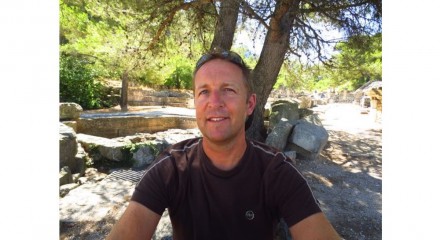