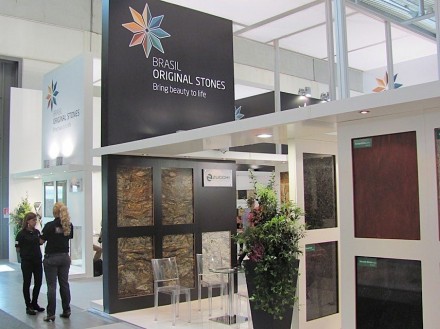 The average price pro ton in the USA was down, exports to China were down by (-)27%, and Italy has resumed purchasing raw material

Brazil’s recession and stagnation of China’s economy reflect negatively on Brazil’s stone branch for 2015: exports were down by (-)5.3% by value and (-)8.78% by volume. Gross consumption at home was similarly reticent: the 4.1 million t (2014) shrunk to 3.8 million t at the end of 2015. These are the facts and figures provided by „Informe“ (1/2016), published by the trade organization Abirochas in its annual report.

One aspect needs to be brought to the front even if it is seemingly less important: Italy’s role as third largest buyer of Brazilian stone exports is discussed at length in „Informe“ and the underlying conclusion, as can be deduced by reading between the lines from Cid Chiodi Filho, author of the report and messenger of warning words, is that particularly blocks of so-called exóticos or quartzites, as quarried only in Brazil, are usually re-exported on the world market, particularly to the USA, after value-adding in Italy, so he suspects.

To understand the ramifications, one must remember that this was the usual flow for marble and granite from Brazil at least until the 1990’s when production was established locally supported and sponsored in part by the state-owned Apex, allowing companies to supply North America directly.

Moreover: „It is to be expected that exports to Italy will experience further growth in 2016“, Cid Chiodi grudgingly concedes.

This stands in contrast to the other two main import countries for Brazilian stone, the USA and China.

As far as exports to China are concerned, negative growth continued its trend for the second year running: a mere 104.4 million US-$ worth (-27.73%) by value and 568.4 million t (-27.87%) by tonnage were achieved. The statistical price by ton sold is a paltry 180 US-$ because more than 90% of turnover is comprised of raw blocks.

Little more consoling is the look back upon 2015 in which Brazil’s stone branch was looking at a bright future relative to the rest of the country’s economy. Exports for the country were down (-)15% in general, whereas the stone branch suffered a recession of a comparatively low (-)5.3%. Will the government in Brasília take this as an impetus to strengthen the stone branch in general?