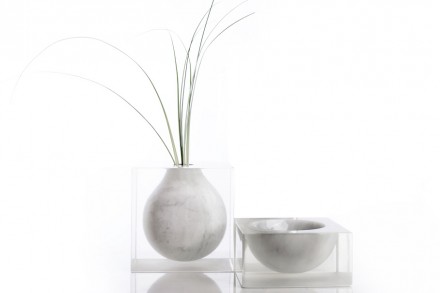 Demand for marble and other natural stone took a one-way road in the last decades: slabs had to be tall, thin and uniform. The wish behind this demand came from architects who used the material for large surface cladding.

In the last couple of decades voices of critics have become louder and more numerous; voices of those who want to back away from natural stone, which so perfect that it looks almost as if it was engineered industrially. 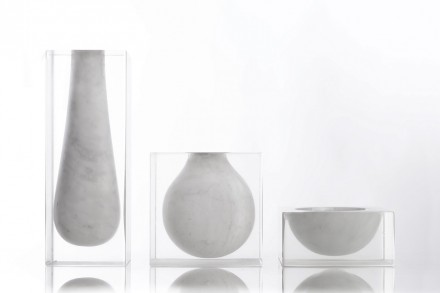 Italian designer Moreno Ratti in cooperation with CMV Marmi Company has launched the Marmo Trilogy-project, which is all about looking for alternative possibilities.

A first result of this creative brain-storming is the „Sospesa“ (suspended) collection. These are vases imbedded in resin blocks, seemingly hovering in nothingness. The stone material implemented is waste.

The philosophy behind the product: the striving for increasingly thin layers necessitated using resin for reinforcement. Moreno Ratti sets this trend topsy-turvy: marble and resin are bound and visibly married. 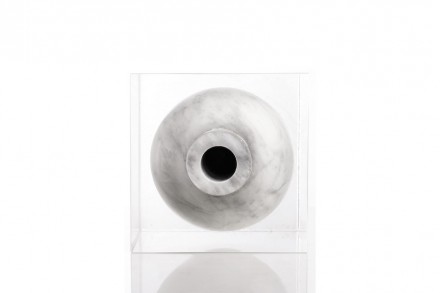 Also: had producers cut a vase from a stone block, the waste would have been what is now the surrounding resin.

The title of the project is „Trilogy“ and refers to the steps in the innovation: the idea, the planning, and the implementation. We impatiently look forward to what lies ahead – unfortunately little is revealed on the homepage until now. 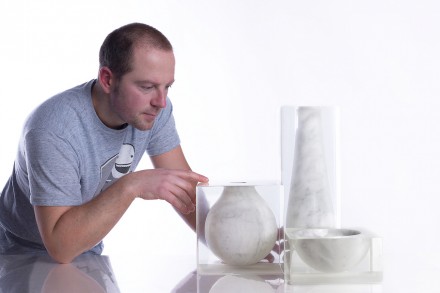