Stona 2016: economic clearance for quarries to be expedited in India 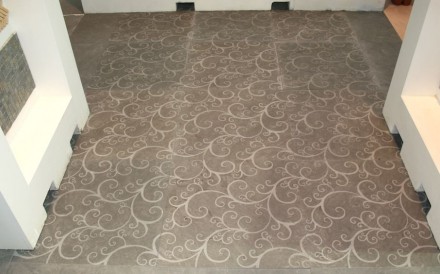 Update: The below mentioned training center near Hosur will also have a stone-museum and a showroom and facilities for stone-testing, The Hindu reports.

Help could soon be at hand for quarry owners waiting for licensing or license-renewal. Bangalore’s Stone Trade Fair, held from February 3rd to 6th 2016, was the venue of an announcement by representatives of the National Ministry of Mines to the effect that economic clearance is to be realized in three steps: „A granite and marble quarry of up to 5 hectares can avail an environmental clearance by the district committee, from 5 to 50 hectares from a State-level Committee, and above that from the Central committee”, according to secretary Balvinder Kumar as reported in The Hindu daily press.

The Federation of Indian Granite and Stone Industry, formerly AIGSA welcomed the news.

According The Hindu, the aim is to expedite India’s natural stone industry. „India’s granite and marble resources stand at 4,600 million cubic meters. What is rescued for operations is hardly five per cent of the availability” according to the Ministry, the goal is to increase exports six fold within the next three years.

Complaints re.: politics and ecological bureaucracy are nothing new. FIGSI-President R. Sekar expounded that granite processing in Karnataka were a mere 50% of previous levels due to more than 4000 unresolved licensing requests.

„As of now, only a paltry 250 quarries are in operation in Karnataka, although there are more than 10,000 available deposits“ according to FIGSI-Vice-President S. Krishna Prasad as reported in The Hindu.

The Government of Rajasthan, on the other hand, is more economically oriented and has some 40,000 marble and granite quarries in operation as a result.

Trade Fair’s guest of honor was Luis Cabello, Economic and Commercial Counsellor of the Peruvian Embassy. A number of prizes were distributed, among others, for export turnover of particular types of stone, for operation of quarries and for geology students.

As always, one of the points of attraction at the biannual Fair was the artist colony „Shilpgram“, in which craftsmen presented their wares and worked live on site.

One of the main visitors’ attractions was a life-size statue of former President of India APJ Abdul Kalam carved in black granite. The work was carried out by gravestone producer Kani Granites as a copy of the original in Chandipur Beach.

FIGSI is currently planning a training center for the stone branch and has purchased a property near Tamil Nadu’s city of Hosur according to IBC World News. The aim is to train craftsmen on state-of-the-art machinery.