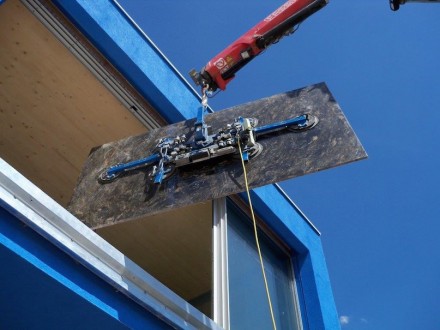 „A stonemason’s life can be so fantastic“ romanticizes Michael Egger, owner of Murau-based master-craftsman’s shop in Austria as he tells of the flooring of a home in which the landlord had very distinct requirements but trusted entirely on the craftsman’s know-how in implementing them.

One might sooner have expected a heavy sigh from Egger when calling the project to memory especially considering the high risk involved.

But one step at a time: The landlord wanted the pine floor of the hunting-room to include a central area made of natural stone. A rustic yet noble atmosphere was envisaged by the architect. 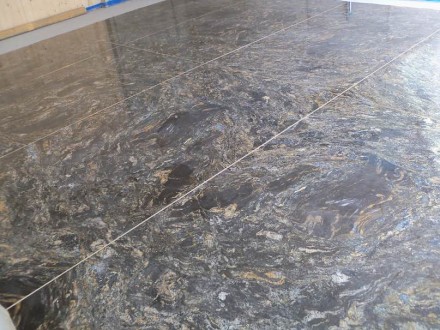 Picking and choosing the stone was carried out by Grein Company in Italy. „The landlady immediately fell in love with a special Cosmic Black stone“ as Egger recalls. The gneiss in question has the air of a gold vein in the woods, one might say.

But: there were only eight slabs of this particular Cosmic Black, exactly the number needed for the flooring. The architect nodded approval and all of a sudden Egger had the problem on his plate. What if one of the slabs were to break?

To put the problem in perspective, let us mention that each of the eight slabs measured 220 x 150 cm and was a mere 2 cm thick reinforced by fiberglass backing. 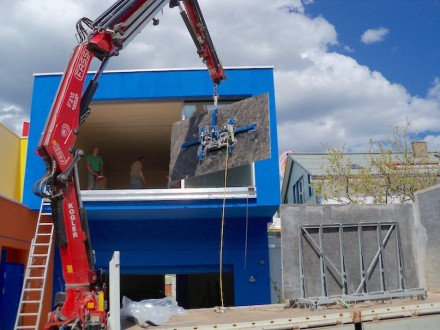 „We were lucky to have a fantastic crane operator“, Egger recalls. He heaved the slabs through the window-front opening in the first floor. Special putty was applied – necessitated by the netting and resin on the back of the slabs. 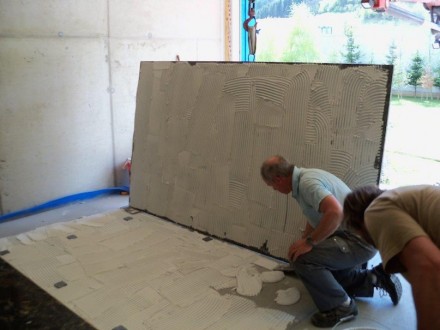 The putty was applied to the floor itself as well. 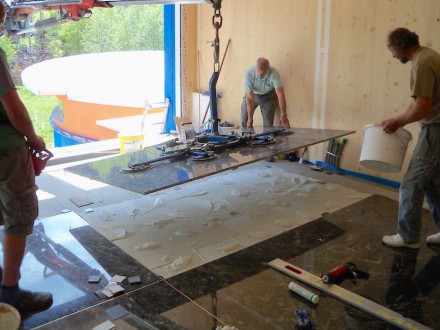 Using the floating and buffering-method, the slabs rest on small polyester panels.

So much for the risks, as mentioned.

But that’s not all, as far as the peculiarities of the project are concerned. A thin brass strip was integrated in the mortise between the slabs. Egger finds this design idea quite exciting: „There is a fascinating contrast between the wild gold on the surface of the slabs and the stringent golden lines between the slabs.“ 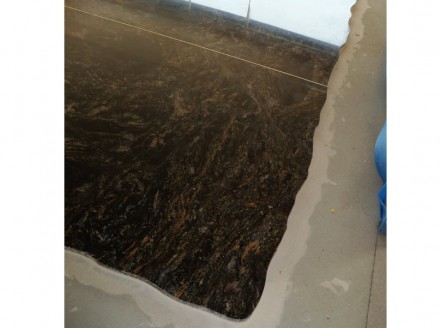 Another particularity: the outer edge of the sabs was left rough. This corresponded to the explicit instructions of the landlady and the architect alike. As a result, the craftsmen had to custom cut each and every floor-board to fit like a hand in a glove alongside the stone slabs.
And the slabs were book-matched in two groups of four.

In closing, let us pass the word to our stonemason who still glows with euphoria: „The project is a once-in-a-lifetime experience“.

The project was endowed with the 2014 Hallein Stone Design Prize.