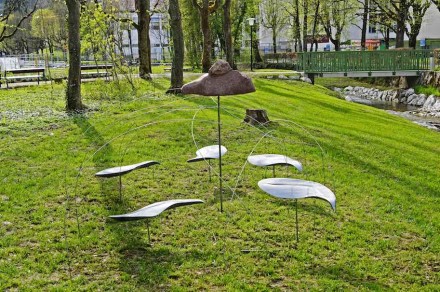 Funeral and burial culture in many European countries are currently undergoing a phase of transition. If the last will and testament includes the testator’s choice of burial and gravestone at all today, then at the very least it ought to be individually designed – this is today’s trend.

To put it figuratively: the petrified monitor upon which the vital information of the deceased is engraved and which divulges some information as to his status is no-longer called for.

In fact, the grave as a whole is meant to convey an impression of the deceased person for all to remember him by.

To what lengths the artistic contribution will carry the craftsman is once again reflected in the Austrian gravestone award. The jury awarded prizes for creative output, choice of material and craftsmanship. Dr. Arnold Reinthaler, member of the jury and artist and sculptor in his own right summed up the evaluation: „we also looked for an intellectual concept.” The stonemasons were expected „to demonstrate that cemeteries and gravestones are important symbols deserving respect, not merely sources of income“, he warned.

Stonemason Johann Paar, who designed the grave stone far top and was awarded second place, was confronted with a particular wish: „Anything but mediocrity“. In lengthy conversations with his clients, he distilled the concept of floating installations. The leaves are of marble. 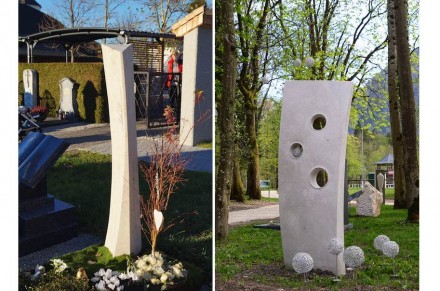 Two first prizes were awarded: one for Elijah (by stonemason Raimund Fuchs). Completing the Jurassic limestone resting place, three more in wood share space in the garden of the deceased. The title refers to the Biblical Figure Elijah.

The gravestone on the photo (right) draws attention through its twist. The holes in the stone symbolize dreams and bubbles. The design concept is the work of stonemason master craftswoman Ernestine Lehrer. The realization was the work of Norbert and Werner Kienesberger. 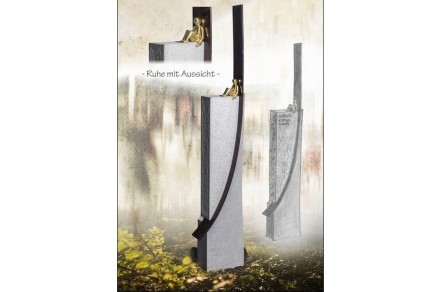 Third prize went to a gravestone bearing the title „Rest with a View“ on which a brass figure seemingly wants to engage passers-by to linger and have a chat or exchange a thought or two (stonemason Rudolf Winerroither). 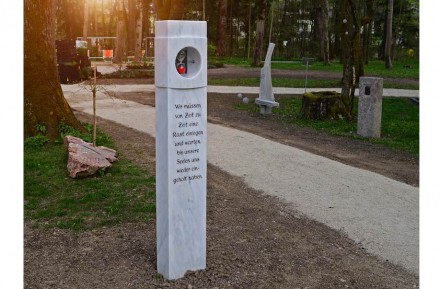 Two honorable mentions were awarded as well. The pieces were dedicated to time, symbolized by an hourglass, which could be pivoted, and by a poem. Both stand in contrast to the longevity of stone (Stein Baumgartner). 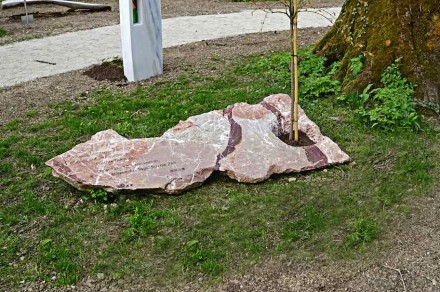 The gravestone bearing the title „Hallo my Friend“ carries a hidden message: unobtrusively it merely lays there because the deceased valued the anonymity of the big city. His time spent in Japan is expressed by the cinquain. A tree pushed its way up through the raw stone as the deceased pushed his way through life. One central motif was to keep costs low (Kienesberger Steinmetzmeister). 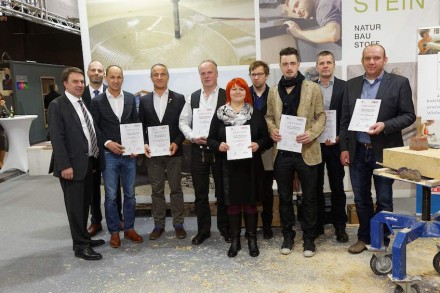