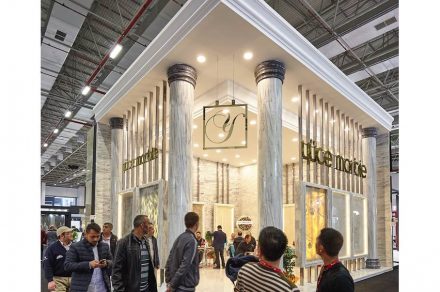 Izmir’s Marble Trade Fair (March 23rd – 26th 2016) was held for the second time at the new venue. Last year’s growing pains were a thing of the past and all but forgotten. And a number of presentations were even more opulent than last year’s.

Pity that we can show but a small selection of the magnificently staged presentations as our photo equipment cannot capture house-sized exhibits.
Two companies in particular deserve special mention: 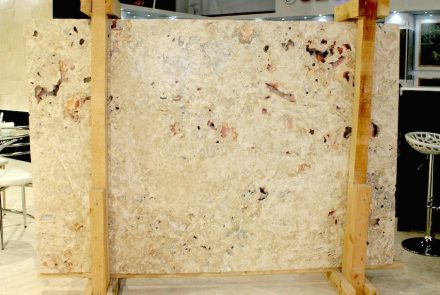 * Polmer Stone exhibited a number of travertine stone slabs with perforations extending throughout several slabs one behind the other. 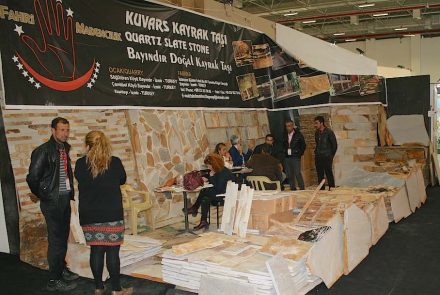 * Fahri Madencilik presented a wild collection of stone in every possible size and shape, reminiscent of stone waste from quarries.

To date we have seen nothing of the kind at stone fairs. The presentations are remarkable because they demonstrate what efforts are needed to bring a value added stone product to the consumer. 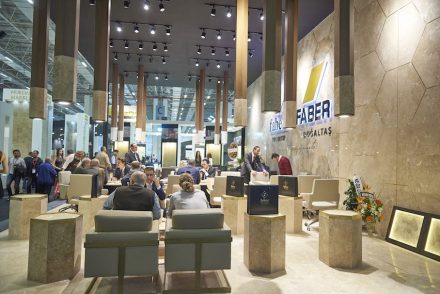 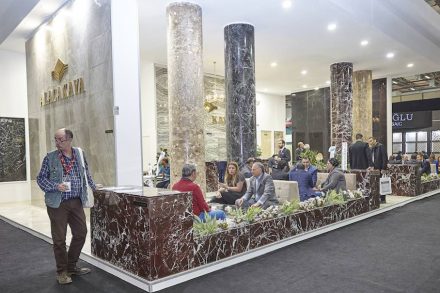 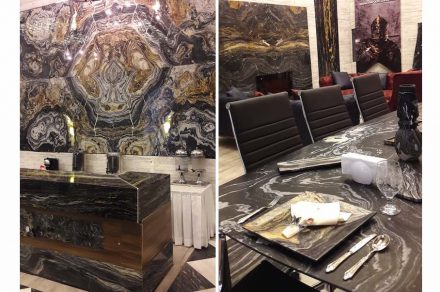 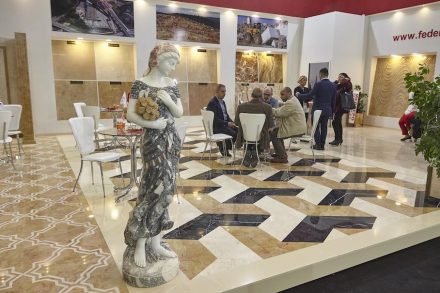 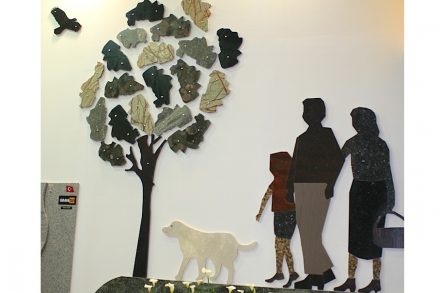 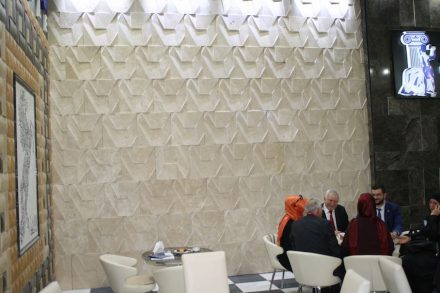 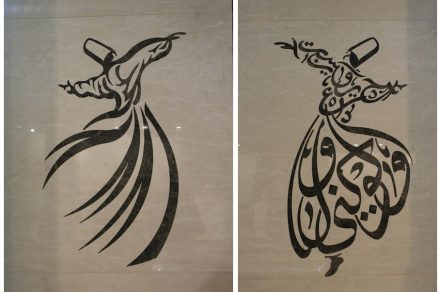 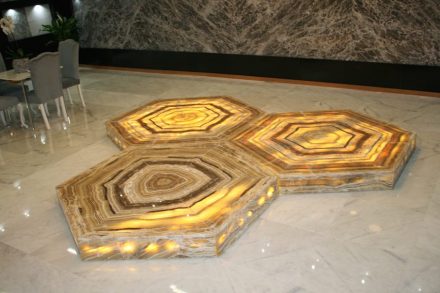 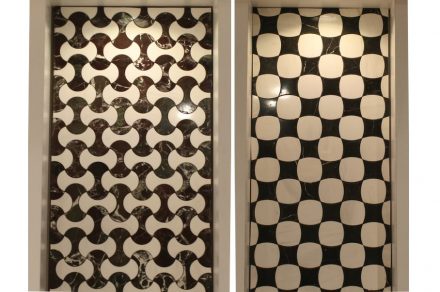 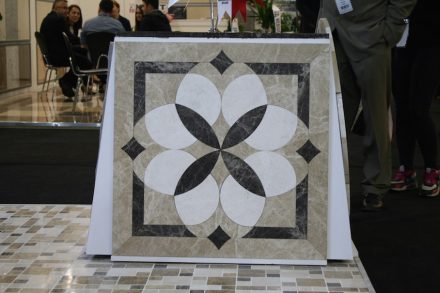 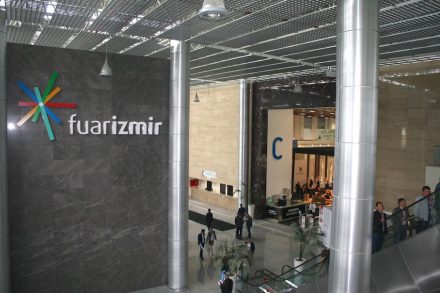 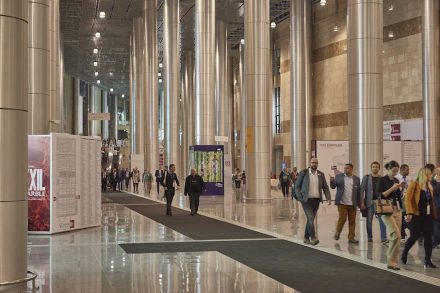