Roman Mosaics across the Empire, on view until September 12, 2016, at the J. Paul Getty Museum, L.A. 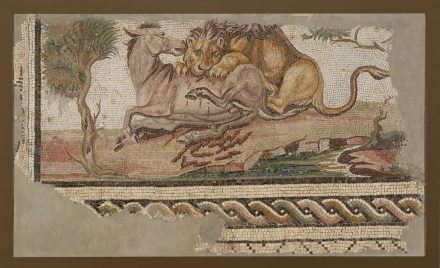 Mosaics once decorated luxurious domestic and public buildings across the broad expanse of the Roman Empire. Scenes from mythology, daily life, nature, and arena spectacles enlivened interior spaces and reflected the cultural ambitions of wealthy patrons. „Roman Mosaics across the Empire“, on view until September 12, 2016, at the J. Paul Getty Museum at the Getty Villa, Los Angeles, presents the artistry of mosaics as well as the contexts of their discovery through out the Mediterranean region – from the Empire’s center in Italy to the provinces in North Africa, southern Gaul, and Syria. 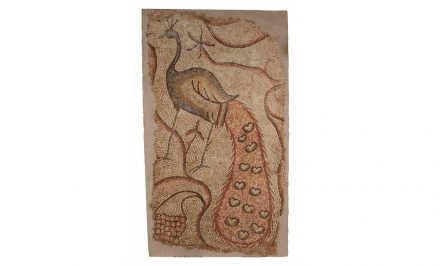 Drawn primarily from the Getty Museum’s collection, the exhibition offers visitors a rare opportunity to experience these objects in all their visual and cultural magnificence.

„Elaborately designed floors of mosaic tiles were an essential element of luxury living in the Roman Empire, providing a beautiful and sophisticated means of decorating both public buildings and private residences,” says Timothy Potts, director of the J. Paul Getty Museum. „This exhibition presents the largest and most impressive mosaics in the Museum’s collection, some of which will be on view for the first time. Their rich colors, intricate decorative patterns, and vivid depictions of scenes from mythology and everyday life are almost as fresh today as when they were first made two thousand years ago.”

A fragmentary panel discovered in Sousse preserves a violent scene of a lion attacking an onager (a wild ass). It was likely part of a larger scheme, possibly with several pairs of fighting animals, decorating the floor of a wealthy villa.

A mosaic on loan from the collection of James Ferrell depicts the coastline of a busy port on a bay in North Africa that reflects the key role the region played in the flourishing trade networks of the Mediterranean.