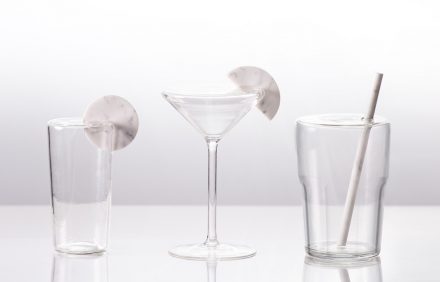 Guests who frequently visit bars and lounges in hotels and public places, see it at a glance: the glass on the left of our photo is made for Long Island Iced Tea, the one in the middle is for dry Martinis and the receptacle on the right is a typical Mojito glass.

For those unfamiliar with such drinks, we gladly explain, albeit with a grain of condescension: the Martini and the Mojito are cocktails, whereas, as the name suggests, the Long Island Iced Tea is a so-called alcoholic long drink mixed beverage.

But this article is not about drinks as such but rather about the flair around the refreshment. „The objects are designed for those with a strong aesthetic sense“, according to Amen Studio designers Ilaria Corrieri and Federica Ghinoi… 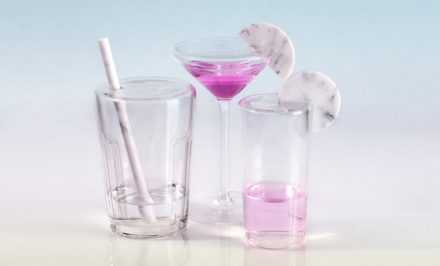 … and of course there has to be an afterword: next to a well-defined lifestyle the target group should „at the same time (manifest) a strong irony“. 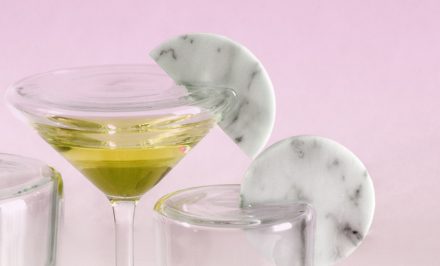 Perhaps, James Bond, would be a suitable consumer for such glasses: as a drinking man, he would fill the glass with the alcoholic beverage whereas the Bond-Girl at his side would use it as a receptacle for perfume. In fact, the designers ascertain that the collection by the name of „Chi-eri“ could be double as a flacon.

In any event the drink or the perfume should bear a strong color. Design is everything. 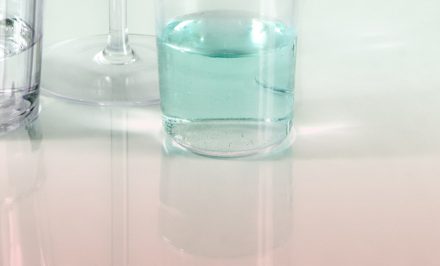 The pieces are produced by CMV Marmi based in Massa in close proximity to Carrara. The company came up with an ingenious sales pitch to promote its Bianco Fiordichiara marble and at the same time make a profit: under the umbrella-title Marble Trilogy it invited designers to submit drafts made of this vintage material.

One of the creations was Amen Studio’s glasses, another was the „Sospesa“-collection by Moreno Ratti which we already presented.

Marble trilogy will also be the object of an online shop.

And last but not least, „Chi-eri“ is a portmanteau made up of the Italian „bicchiere“ (drinking glass) and „eri“ (you are). 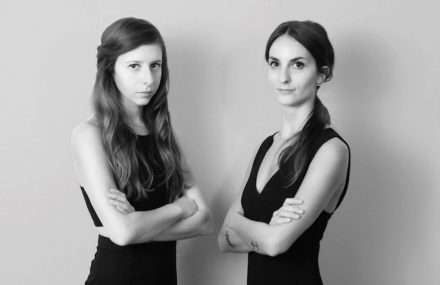