Salone del Mobile (2): Designer Raffaello Galiotto enters the lion’s den with his ideas for marble and the likes of it 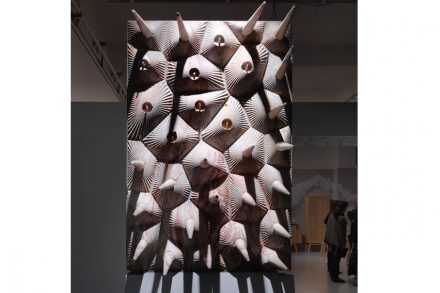 His concept: in order to conserve the attractive properties of the material, it must constantly be confronted with new ideas

In our first report on Milan’s Salone del Mobile 2016 we wrote that in presentations outside its own fairs natural stone often recedes to a boring albeit cultivated background position.

So we owe it to Italian designer Raffaello Galiotto who had presented his innovative creations at the FuoriSalone which took place parallel to the Salone del Mobile in Milan’s city center. Some of the pieces had already been presented at the last Marmomacc.

Galiotto’s title was: „Marmo_2.0“ and the venue: Superstudio Più where novelties and art are brilliantly staged. 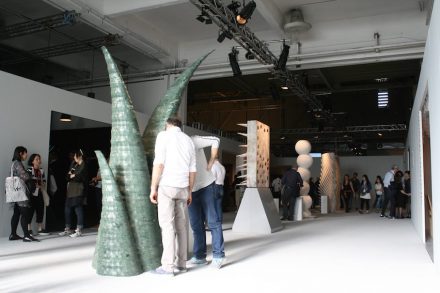 But most of the visitors to the former factory halls didn’t even pay attention to Galiotto’s work.

We questioned some of the visitors. The eye-opening result was that most were unable to associate anything with the title „Marmo_2.0“. 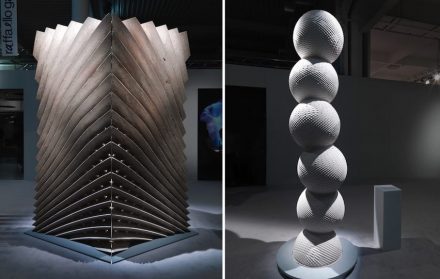 Put another way: consumers expect innovation but in the case of marble and the like no-one outside the branch expects 2.0.

So Galiotto’s initiative to expose marble to competition of modern and contemporary material on a public stage cannot be praised highly enough.

To give our readers some idea of other what manufacturers of other materials have up their sleeve we show a few presentations by producers of engineered stone. One can argue over the merits regarding quality but the activity drew visitors’ attention. 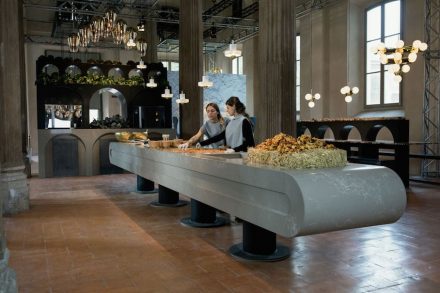 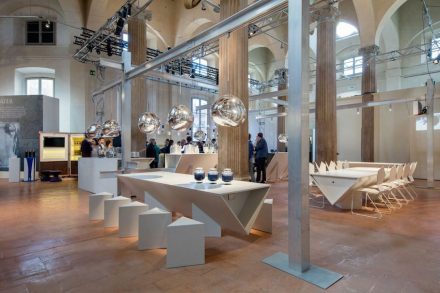 Caesarstone, e.g. cooperated with designer Tom Dixon. The artist had created a mis-en-scène with the title of „Four Elements”, one in each of the four wings of the historical Rotonda di Via Besana. 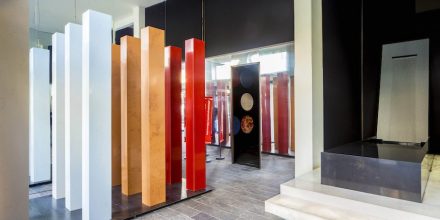 Studio Marco Piva was solicited by Okite to create an imaginary forest in engineered stone of the same name. The title was „The Temple of Archimedes“. 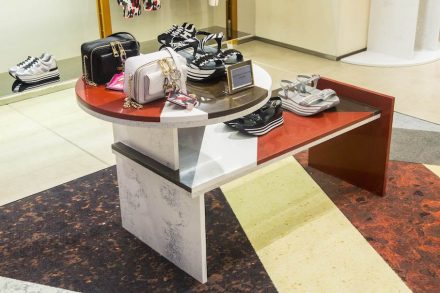 The Hogan Boutique was another of Marco Piva’s playgrounds for the material. 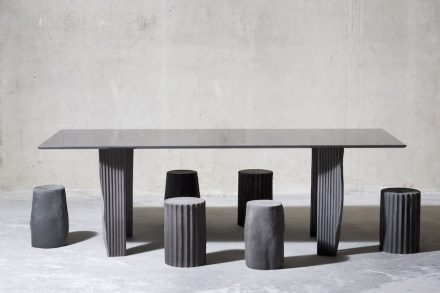 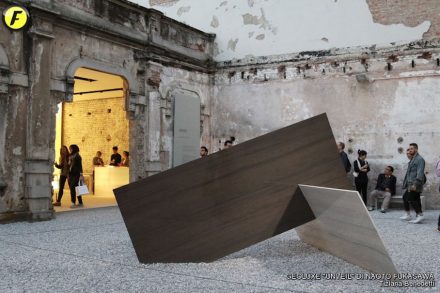 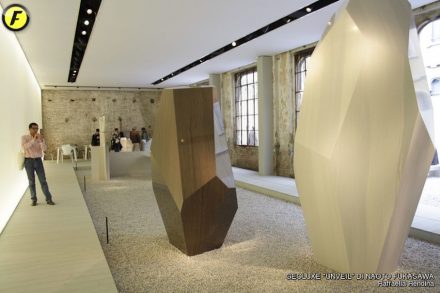 Korean-based Geoluxe Company, part of the SCG Group, put Pyrolithic Stone in scenery in one of the factory’s inner courts. The arrangement of thin and thick slabs was the idea of Japanese designer Naoto Fukasawa. The arrangement went by the title „Unveil“.

In conclusion: we think that the branch must stage its material and needs to take the example from engineered stone.

Theatrics and name-dropping are not befitting of natural stone.

But Galiotto shows a viable compromise for the stone branch: good design and technical craftsmanship all the while handling the material with due respect as to beauty and value of marble and the like.

By the way, the Turkish Natural Stone Organization IMIB had presented „Marble Across Time“ at the Fuorisalone as early as 2014.