Rites and processions from ancient Athens: a story of love, longing, violence, death and reconciliation 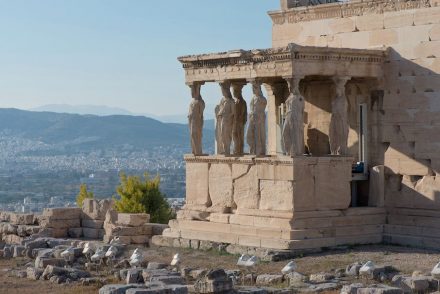 Exhibiton in Frankfurt/Main, Germany focuses on the city goddess Athena and the Golden Age of Pericles

„Athens: The Triumph of Imagery” is the title of an exhibition in the Liebieghaus Skulpturensammlung until September 04, 2016 devoted to the powerful pictorial world of classical Athens and providing vivid insights into its rites, sacrifices, processions and festivals: „It is a story of love, longing, violence, death and reconciliation“ as said to the press release.

With the aid of more than 100 prominent loans from major collections of the world ‒ among them the British Museum, the Louvre and the Vatican Museums ‒ the show will recount the myth of Athens, its goddess Athena and her son Erechtheus.

The calendar year began, for example, with the celebration of the birth of the son and new king, and ended with the feast observing his sacrificial death. The lives of Erechtheus and his virgin mother were solemnly celebrated with the great festivals that dictated the cycle of the Attic year. 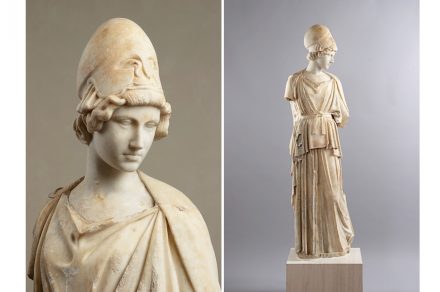 The myth not only inscribed itself in the Athenian rites and processions: the show will also provide a multifarious impression of how the thrilling tale of Athena is mirrored in the city’s monuments ‒ the sculptures decorating the marble edifices, but also the individual statuary dedications.

The exhibition will conclude with a look at the two historical planners of this newly created visual programme – the cultural politician Pericles and his general artistic director Phidias, who shaped the image of classical Greece by which we still know it today. It was under their supervision that the splendid reconstruction of the city and its sanctuaries was realized following their destruction by the Persians in 480 and 479 BC. 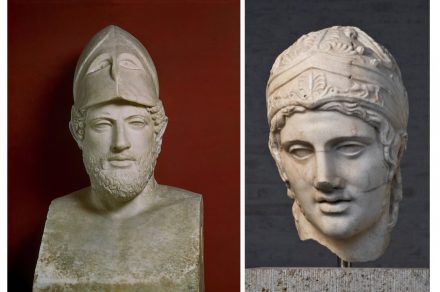 The exhibition „Athens: The Triumph of Imagery” is being sponsored by the Art Mentor Foundation Lucerne.

„The show focuses on Athens in the Golden Age of Pericles. No other epoch contributed as much to shaping our conception of classicism as the era of Athens’s reconstruction after the victory over the Persians. At the Liebieghaus Skulpturensammlung, the multifaceted world of Attic imagery that emerged at that time will be brought back to life by an entirely new approach to the reception of antiquity”, explains Max Hollein, the director of the Liebieghaus Skulpturensammlung.

Whereas many people of our time are familiar with the events surrounding the battle over Troy, the present-day public often lacks fundamental knowledge about the great city goddess Athena and the „fairy tales” of Attica, the most important cultural landscape of antiquity: of central importance in this context is the story of Athena herself and her son Erechtheus. The myth that determined the annual cycle in classical Athens recounts the goddess’s life. 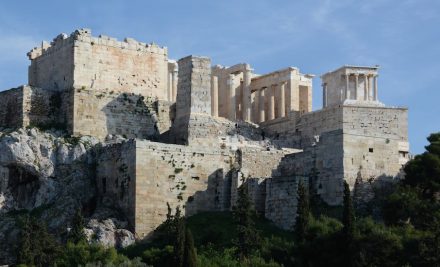 In twelve rooms, the Frankfurt exhibition will outline the twelve-month Attic calendar, thus bringing the rites, processions and festivities of the annual cycle to life. Each room will focus on a different feast, which in most cases gave the respective month its name.