Levantina asks the $64,000-question: „Can granite be light and fleeting?“ 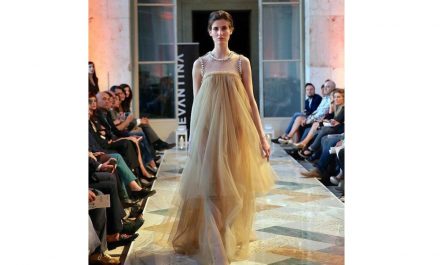 Once more Levantina-Group has crossed the lines in presenting their new stone collection. Last year saw the company’s stone framed and exhibited in Madrid’s Thyssen-Bornemisza-Museum. This year fashion designer Jorge Vázquez has been invited to incorporate 6 new stone-types into his fashion collection.

Naturamia-Collection’s newcomers are rare and exclusive – some being produced in an edition of only 15 slabs/month.

The slogan behind the marketing concept is revealed in a video called: „Can granite by light and fleeting?“ 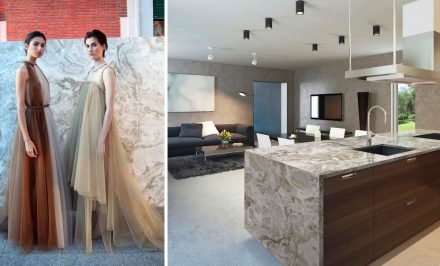 Vázquez drew his inspiration from the appearance of the stone. The exclusive cloth was embroidered with ornaments and accessories such as glass, pearls and sequins.
The presentation took place at the Levantina Fashion Night Gala in May in the Casa de Velázquez, a historic palace in Madrid, to which journalists of the trade, fashion bloggers and the who’s-who of the fashion-scene as well as friends of the company were invited. 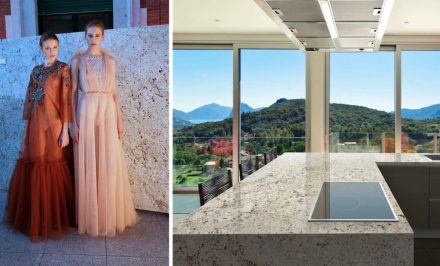 Five of the six types of stone originate from Brazil. These are so-called „Exoticos“, i.e. granites whose color and structure is better known from marble or onyx. Quarrying and processing is a challenge in itself. The types in question are Aquabella, Olimpo, Lungomare, Stacatto and White Macaubas.

Only the Bianco Trevi originates from Spain and looks akin to traditional granite. 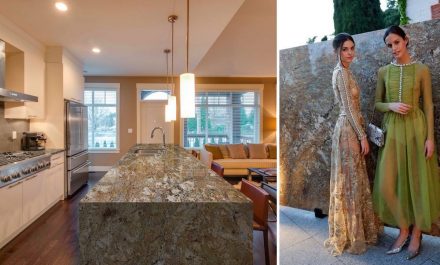 Levantina recommends using the stone to set special accents in interior design, much like the effects justifying the show. The cat-walk at Casa de Velázquez, was of course, clad in stone.

Levantina’s new stone collection comes with a 10 year guarantee with replacement in case of damage or breakage e.g. in case of kitchen counter-tops. The stone is treated with an antibacterial coating, is dirt repellant, and suitable for working food or high-temperature items. 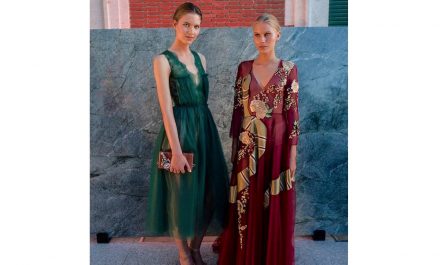 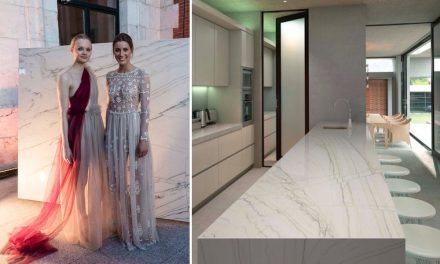 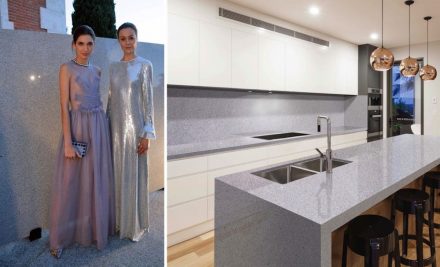 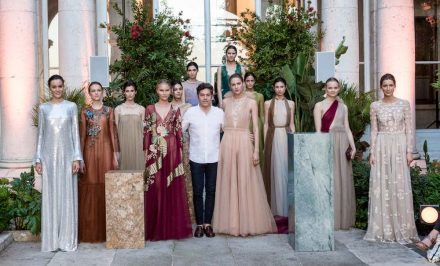 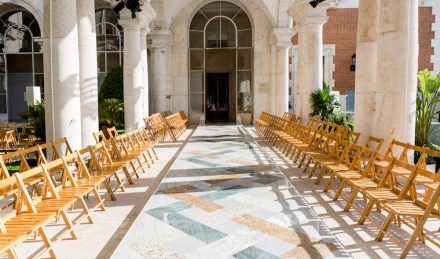 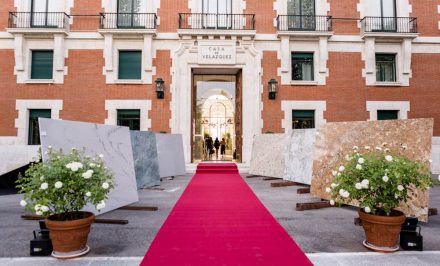