Grasping into the marble or through it or embracing the stone? 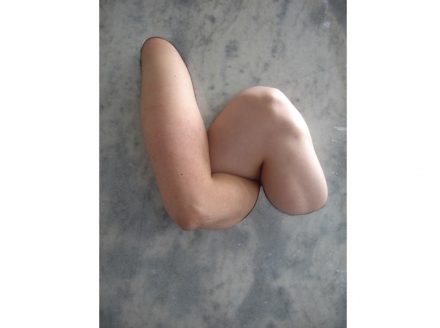 Is it a grasping into the marble or through it or an embracement of the stone slab? Milena Naef, 26, received a so called GRA award for her bachelor-work at the Gerrit Rietveld Academie. The university of applied sciences for Fine Arts and Design located in Amsterdam has this prize for its the most promising graduates. The award consists of 1500 € and the opportunity to take part in a special exhibition, that will take place from September 23 until October 02, 2016 at the gallery „Selected“ in Looiersgracht 60, Amsterdam.

Milena Naef’s studies were focused on glass as material. Yet for her final work she turned towards marble. 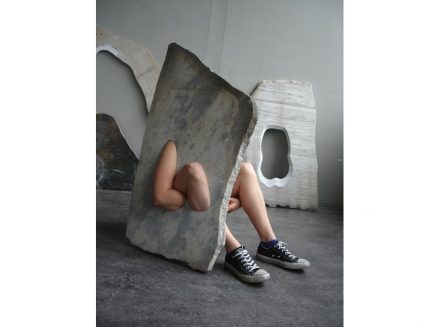 The reason is not so far-fetched: her father, Alex Naef, is one of the founders of the Scuola di Scultura (Sculpture School) in Peccia in Swiss Ticino region. There the local Cristallina marble is one of the materials. 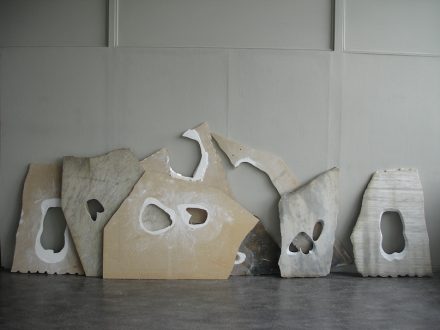 Realizing the grasping or the embracement at the „Fleeting Parts“, how the work is called, was a real challenge as the photos show: no space is left between the artist’s skin and the stone’s surface. Milena Naef used a MDF-chipboard and gypsum to create a model of the situation. That model served for manually cutting the forms out of the stone. 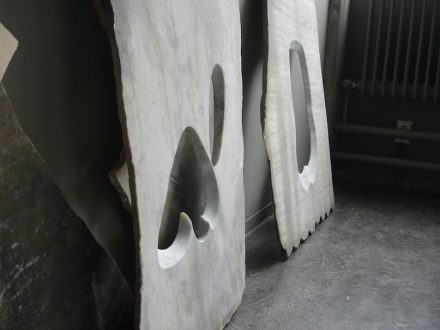 The jury commented: „Milena has found a way to shine a different, personal and physical light on such an old and charged material as marble. Her work is visually beautiful but is not made prettier than it should be … The marble and MDF objects that she shows casually lean against the walls, waiting to be used by Milena, but the object uses Milena as well: shaping her body, ultimately folding body into slabs of marble, which is a sensation to see.“ 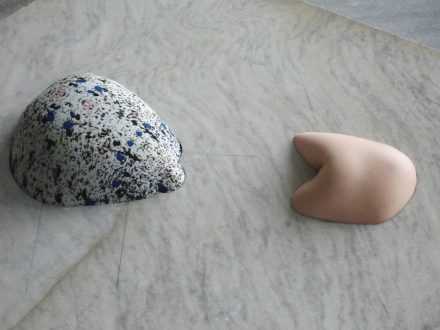 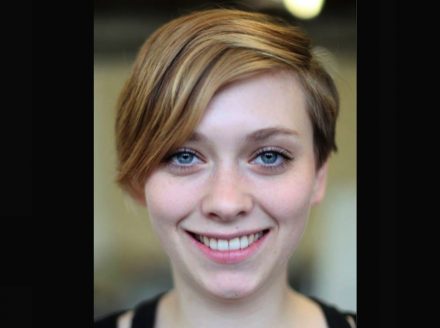