Exhibit „Of Beauty and Grandeur“ in Dresden’s Albertinum 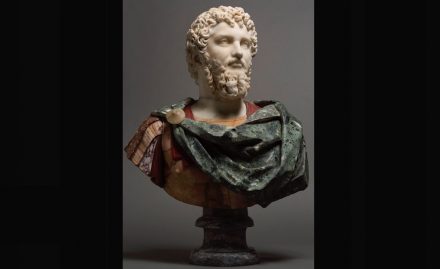 The exhibit „Of Beauty and Grandeur. Roman Portraits and their Baroque Appropriation“ displays a selection of some 50 classical and Baroque portraits and portrait statues. One of the most important art genres of classical antiquity, portraits of children, women, politicians, military commanders and the ruling elite were a ubiquitous element of everyday Roman life. Yet in the 16th and 17th centuries, the works, which had often survived only as fragments, were elaborately and splendidly completed with busts made of colored stone or reworked in the classical style. 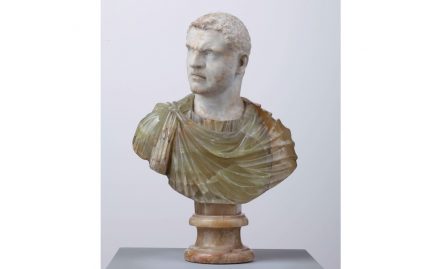 Among the items there are some unusual works, such as the statue of the Roman Emperor Antoninus Pius (150–160 AD), the portrait of his wife Faustina (around 140 AD) on a magnificent Baroque bust of colored marble, or the porphyry bust of the emperor known as Caligula (17th century), whose acquisition was of particular value to Augustus the Strong because of its precious material.

The Dresden Antiquities Collection is one of the oldest collections amassed in Dresden by the kings and prince electors, and one of the oldest large collections of antiquities presented in a museum outside Italy. The sculptures from classical antiquity and the Baroque period have not been presented to the public in a fitting manner since 2002, the year of a major flood on the Elbe, followed by the reconstruction of the Albertinum and its reopening as a museum for modern art. 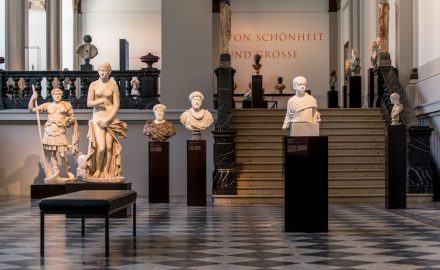 The combinations of antique heads and busts of later centuries have their origin in the taste of the Baroque. Pieces from Greek or Roman period were on the top of the desire of the nobility, and experienced artists satisfied the demand. If an item was an original or not, was not always decisive for the customer. Highly appreciated was also the level of craftsmanship, the value of the material and the importance of the person shown.

„Of Beauty and Grandeur. Roman Portraits and their Baroque Appropriation“, until November 06, 2016, Albertinum, Dresden