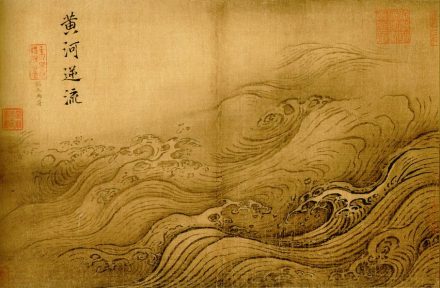 Around 1920 BC, a natural dam in the Yellow River at Jishi Gorge broke and caused a disaster downstream leading to the Xia dynasty

Researchers have provided geological evidence for China’s „Great Flood,“ a disastrous event on the Yellow River from which the Xia dynasty is thought to have been born. The flood occurred in roughly 1920 BC at the Bronze Age, they say, which is several centuries later than traditionally thought – meaning the Xia dynasty, and its renowned Emperor Yu, likely had a later start than Chinese historians have thought, too.

According to Chinese legend, Emperor Yu gained notoriety through his handling of the country’s Great Flood. By dredging the destructive floodwaters, he tamed them, „earning him the divine mandate to establish the Xia dynasty … and marking the beginning of Chinese civilization,“ Wu Qinglong and colleagues write.

Yu’s story was handed down for a millennium before entering the historical record, yet, geological evidence for the flood he mastered has always been lacking. Thus, „some scholars have argued that the story is either a historicized version of an older myth,“ David Montgomery, Professor of the University of Washington, explains in a related Perspective in an BBC report, „or propaganda to justify the centralized power of imperial rule.“

Here, by reconstructing a sequence of events along the Yellow River – including a landslide that had created a dam from which water built up and burst forth – Wu Qinglong and colleagues provide geological evidence for a catastrophic flood event that may be the basis of the Great Flood, as reported in Science.

The researchers mapped and dated distinctive sediments that were deposited downstream of a Qinghai Province dam when the dam broke. In further work, they determined that the flood that broke the dam was of enormous proportions. Using radiocarbon dating techniques on samples that included human bone, they dated the flood to 1920 BC.

„The … flood shares the main characteristics of the Great Flood described in ancient texts,“ the authors say. If their flood is indeed the event that came to be known as the Great Flood, researchers could propose a new start date for the Xia dynasty, at 1900 BC.

This date not only coincides with the major transition from the Neolithic to the Bronze Age in the Yellow River valley, possibly resolving a longstanding contradiction among Chinese historians about when Xia started in relation to this critical period in history, but it also coincide with the beginning of the Erlitou culture that dominated China in the early Bronze Age – supporting arguments that this culture is the archaeological remains of the Xia dynasty.

Taken together, these results reveal how the concurrence of these major natural and sociopolitical events may be an „illustration of a profound and complicated cultural response to an extreme natural disaster that connected many groups living along the Yellow River.“

The Flood was one of the largest known floods on Earth in the last 10,000 years, said co-author Darryl Granger, professor in the department of Earth atmospheric planetary sciences at Purdue University, according to Agence France Press. 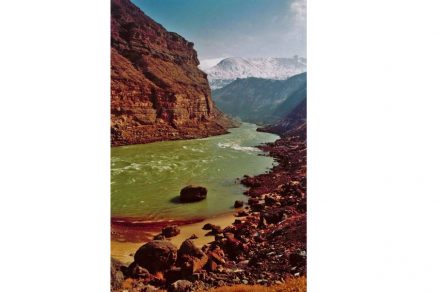 Long before, a landslide caused by an earthquake had ponded the Yellow River at the Jishi Gorge where it emerges from the Tibetan plateau. After this dam broke, 16 cubic kilometers of water moved downstream. „The flood was about 300-500,000 cubic meters per second,” Granger is quoted in the BBC report.

The sediments of the event are up to 50 m higher then normal river level and up to 20 m thick.

Destruction downstream must have been incredible. Emperor Yu become famous in the decades after the event as he organized dredging cannels and redirecting the waters to flow away.

This engineering work gave him „the divine mandate to establish the Xia dynasty,“ the scientists say.