Course of Sculpture by Christiane Demenat from September 12 – 22, 2016 in Carrara 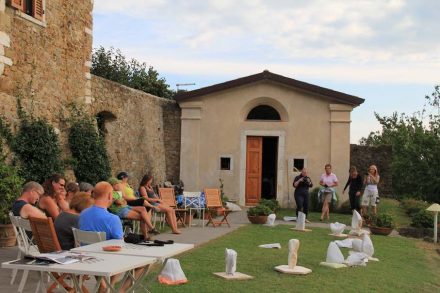 Christiane Demenat will be at the B & B La Perla Convent: „breathing the air breathed by Michelangelo”

Christiane Demenat is a Sculptor and Art Therapist born in 1963 in Monaco of Bavaria, operating since 1983 in Germany. She performs her artistic activity mainly in her studio located in Bavaria, but also in Austria, Switzerland, Greece and Italy, to get closer to the lands that offer the materials, the sacred stone to give a soul to.
In her Italian presence, since last 2015, she choses Carrara as location for her courses. The aim is to breathe the same air breathed by Michelangelo and to see the same quarry from which he choses his marbles.

The success of the last edition of the course lead to a new appointment in Carrara September 12 – 22, 2016. 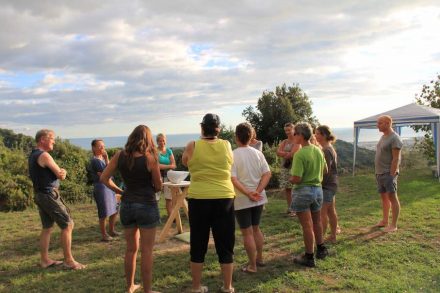 The chosen location is magic. In fact the course held in the „B & B Il Convento La Perla” in Bonascola in Carrara.

The convent, carefully restored by the Conti family, among others, returned antique and valuable fifteenth-century frescoes. It is situated in Carrara, in the far north of Tuscany, in a property belonging to one of the oldest parishes of the Diocese of Luni whose old location Monte Libero stands opposite the cloister, in close visual continuity.

It is inserted in the finest local context, in the Apuan hills that are the heart of the production area of the Doc Candia Wine.