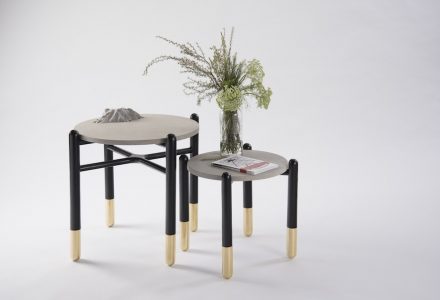 We definitely liked „Isla“ (Island) best of all. Ah! but to be a child once again and enjoy playing at a table like this… Admittedly, eating at the table would also be possible but grown-ups might become cross when soup or pudding flows around the foot of the mountain. 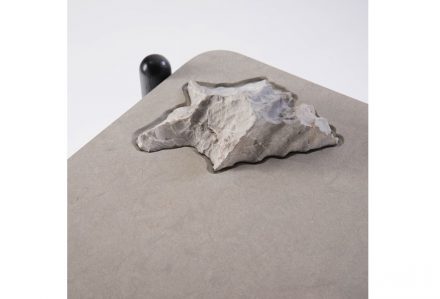 The mountain is a hand-made sculpture of unpolished marble worked into the center table top of Spanish Bateig Blue Limestone. Note, too, the detail in black lacquered oak and the brass-tipped legs. 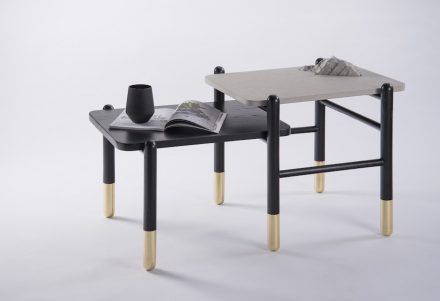 Caterina Moretti is the designer behind the objects. She was born in Vienna, studied architecture at ITESCO University in Guadalajara, Mexico and disputed her master on „Criticism and Projects“ at the Universidad Politécnica de Cataluña in Barcelona. In 2007 the trigenerian founded her Peca Studio in Guadalajara.

Her center of focus is product design, i.e. household items, upgrading objects above their mere practical value and giving them an unmistakable edge of uniqueness. In the case of „Isla“, e.g. it is an „elegant amusement“, according to the press material. We could not have formulated it more aptly. 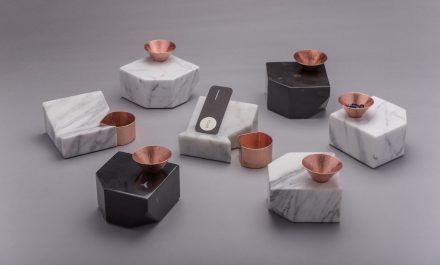 „Santa Clara“ is made of white or black marble and polished copper. It reaches out to the child in us. The miniature stone blocks with slanted edges and the copper bowls can serve as filing trays or book ends. But they can also serve as a handy pass-time being moved back and forth (until, as always, the better pupil gives in and does his homework). 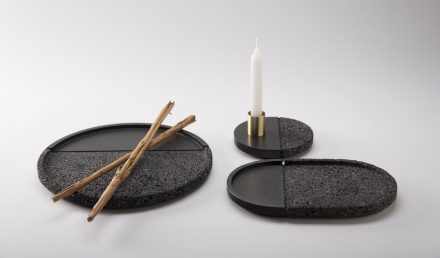 „Lava“ effectively demonstrates the contrast between different materials – another of Caterina Moretti’s distinguishing factors next to simplicity of form. The work ensued in cooperation with Ana Saldaña, a colleague whom Caterina Moretti had invited to her studio. 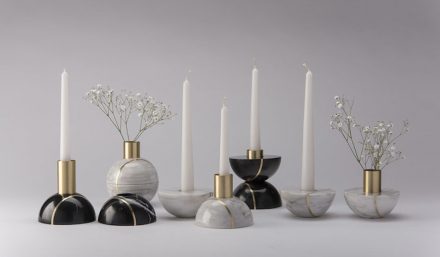 „Hauri“ alludes to the ancient tradition of the Huichol Indians who lit „Candles of Light“ on their pilgrimage to Wirikuta. Together with Ana Saldaña Caterina Moretti played through the possibilities of what one might create with hemispheres of marble and brass. 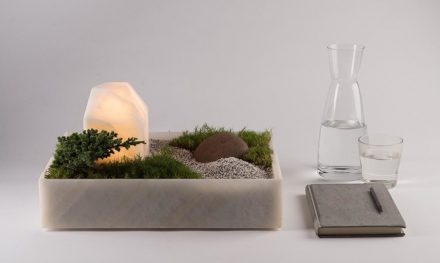 „Mökki“, last but not least, brings us back to our theme: a miniature garden meant to be composed by customers complete with a tiny onyx house with functioning LED-lighting. Security and protection on the one hand and unlimited freedom on an island surrounded by a marble wall.

What more can a person want?

What we want is more of Caterina Moretti’s work in natural stone, even if the prices in her shop and on her webpage are dear. 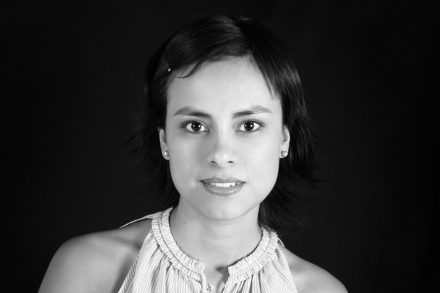