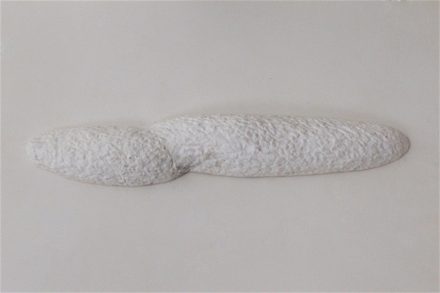 Sculptor allows the eye to pose a question, which the mind must then answer

Many of Rosa Brunner’s sculptures are riddles for the senses. The German artist replicates clouds in marble: at first one might wonder what the sculpture is meant to represent – then, when the mind has had time enough to compute the data – a suggestion crops up implying that the eye might have seen a cloud. The eye returns to the source of data to confirm and might repeat the sequence until – perhaps with the aid of a title placket mounted under the sculpture – certainty is obtained. 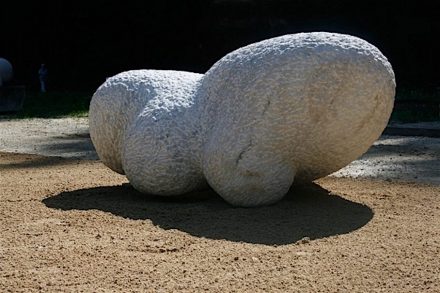 Rosa Brunner cast a model of the cloud in plaster, since, as we all know, clouds are mere water vapor without a fixed shape. 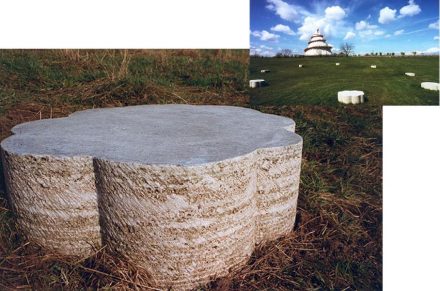 The same holds true for other objects, which the artist replicates in stone – a riddle keeping the mind constantly busy at least for a moment. 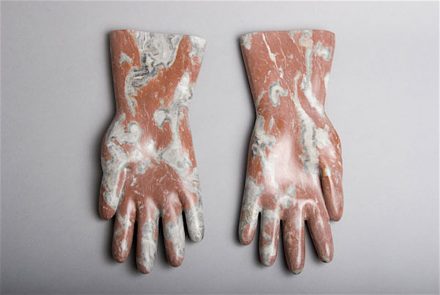 „Rubber gloves“, e.g., force the beholder to check twice and correlate data from memory before realizing that such a perfect optical replica could be made of stone. 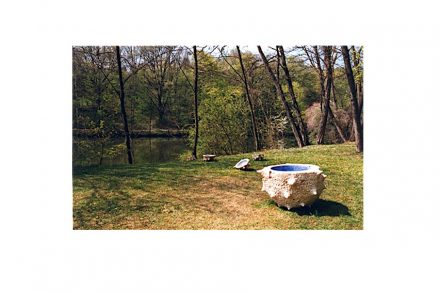 Surprising, too, albeit in a different way: „Seafood“, which seems to emerge from water. 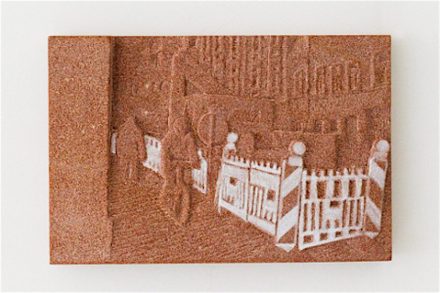 Or the penta-cornice called „Construction Fence“. The idea behind the sculpture ensued after the road in front of her house was torn open. She later chose local red sandstone often used for sidewalk paving to complete her work.

Rosa Brunner graduated as a sculptor after having completed an apprenticeship as a stonemason at the trade gild of the local cathedral. She then went on to study scenography, and, since a few years, is teaching at universities herself. Her atelier is situated in Bamberg, her place of origin. 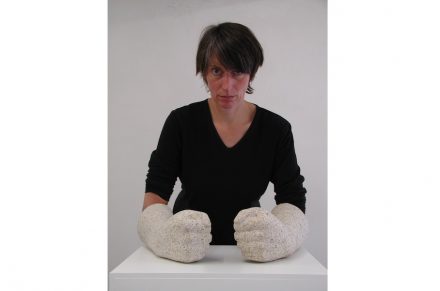