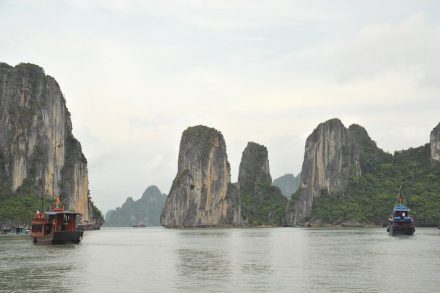 European Union negotiating Free Trade Agreements (FTA) also with ASEAN-member countries. Negotiations are already completed with Malaysia and Singapore. The FTA with Vietnam is currently in its final phase and could be ready for ratification in 2017.
With a population similar in size to Germany’s own, Vietnam has some 90 million inhabitants. It already joined the team of active players at stone trade fairs – of particular interest: its reserves of white marble and basalt.

Italy’s Trade Organization Confindustria Marmomacchine has been active there for some time now. Most recently, the association’s representatives met with Buol Vung Anh, Attaché of Vietnam’s Embassy in Italy, to discuss ways of strengthening ties between the two countries. 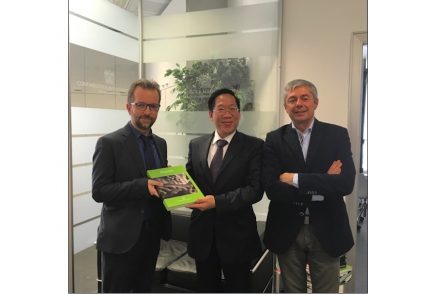 Currently Italy is supplying Vietnam with heavy machinery for quarrying and processing stone on a large scale. Raimondo Lovati, Confindustria’s Secretary General supplied a figure to the fact: „In the first five months of 2016 our exports to Vietnam have been of 1,861,282 €“, putting Vietnam in 38th position as a consumer country for this type of goods.

In 2015 turnover amounted to 28.1 million putting Vietnam in 10th position according to Confindustria’s website.

Training and technology transfer are two major elements of in relations between the two countries. Confindustria offers Master Courses or so-called Quarry Schools and Processing Schools with support by the Italian Ministry of Trade and the Foreign Trade Organization ICE. Similar ventures are currently under way in China, Chile, Argentina and other countries.

Looking at the massive acquisition of technology, we asked Raimondo Lovati if Vietnam is currently becoming a workbench for the world, as was the case in China until recently.
He doubts that this is the aim of national economic policy: „Vietnam has a great potential in the stone sector but I don’t think the country wants to, or will, replicate the China stone business model. Instead I think Vietnam can be an interesting hub for all the ASEAN Area.”

As far as Vietnam as a target country for high-end design products made in Italy is concerned, the country’s purchasing power is probably still too weak. Its gross national product has doubled in the last six years but income is „still considerably lower than that of the People’s Republic of China despite double digit increases and development in South Asian Countries“, according to an analysis by Germany Trade and Invest (GTAI). But the analysis adds that consumers‘ „thirst is unquenched and that buyers are open to new trends“.

Raimondo Lovati, too, sees the big picture as far as sales of high-end natural stone products is concerned. „There’s always a market for our Made in Italy“ he says and is certain that Vietnam’s growth will also imply an „increase of the market share of Italian finished stone products”.

Current growth of Vietnam’s Economy is estimated between 5.2% and 6.4% annually. 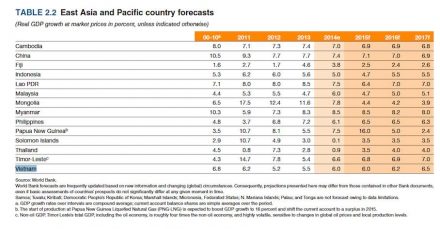 Vietnam’s Planned Economy was replaced by the current Socialist-Oriented Market Economy in 1986. Similar to China’s economic model, the State issues directives in combination with indicative planning giving preference to State owned enterprises. Land (including farmland) belongs to the State.

The ambitious goal is to achieve the status of an industrial state economy by 2020. Currently the country is importing technology, high-tec products and pharmaceutical goods on a large scale. Exports, on the other hand, concentrate around cheap mass production items such as textiles, phones, and food to name but a few.

Ha Long Bay’s limestone islands in the Gulf of Tonkin deserve special mention in re.: natural stone. The brimming vegetation covering mysterious karst caves of these islands and islets numbering some 1,600 jut out of the sea. Many untouched they have endured the passing of time for millions of years. Most are uninhabited. The islands are part of the Unesco world heritage.