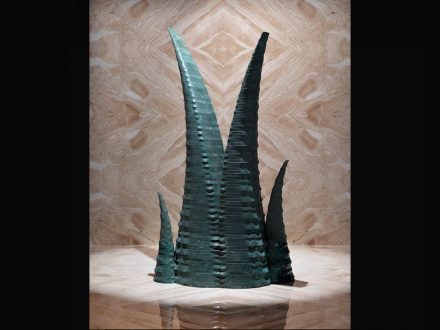 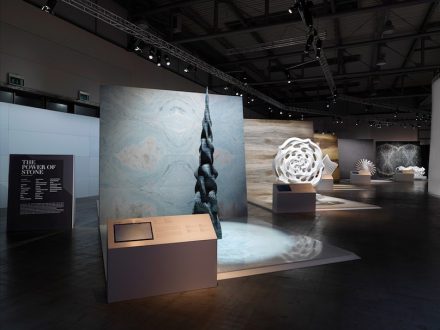 Hall 1 shows Italian designers and architects what marble, granite and their cousins can render thanks to modern machines

Presentations in Hall 1 of this year’s Marmomacc (September 28th to October 1st 2016) were nothing short of grand. „Italian Stone Theatre“ played for the second time and showed 50 years of product ideas by Italian designers, the cradle or the prelude to works by contemporary architects and designers. Old and new were presented on either side of Hall 1.

The early works in particular deserve special acclaim – they were produced 50 years ago, i.e. before diamond rope saws, waterjets or CNC control systems were in use or even invented, for that matter.

We restrict ourselves to works by Raffaello Galiotto presented under the title „The Power of Stone“ to the right of the entrance. The Chiampo-Valley-based industrial designer, active in greater Verona, tests the boundaries of modern technology.

In a manner of speaking „Italian Stone Theatre“ introduced Smart Stone – i.e. natural stone with the added value of unusual design ideas made possible thanks to brilliant minds and their implementation of modern machines.

Despite optimal pre-conditions, several months of precious time were consumed by programming the machines and by trial by error before obtaining the desired result. 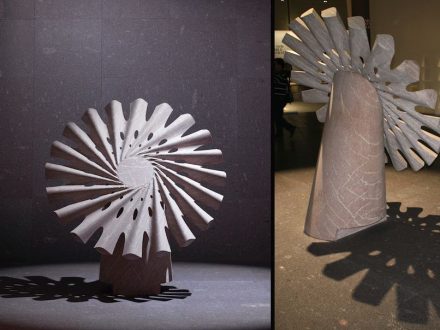 „Sol“, e.g., entails introducing a diamond rope saw through a round cut-out in the center of the object. When sawing is completed, the gap is sealed by means of a stand, upon which the object rests.

Note that „Sol“ is one a series of three geometric shapes: a round cut-out in the center, hyperbolic wings on the upper and a parabolic shape on the lower side. 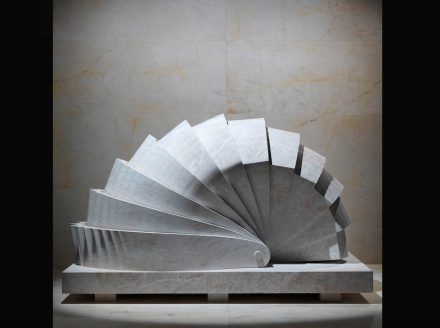 „Isopode“ an example in inspiration by nature. The rings of its mighty armor are cut from a single slab set on edge. 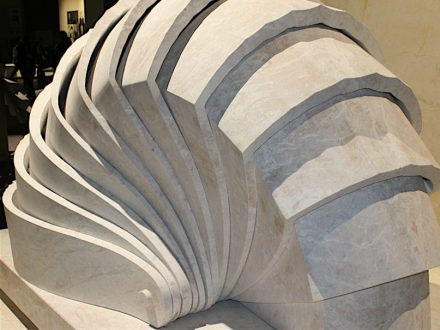 On close inspection, divergence in the thickness of the rings is discernable. Galiotto explicitly wanted to emulate irregularities as they occur in nature.

A highlight is the trompe l’oeil, which emulates a pivot around with the rings, can unfold, at least in the beholder’s imagination. In truth, a clever concealed scaffolding on the inside of the object holds the pieces in place. 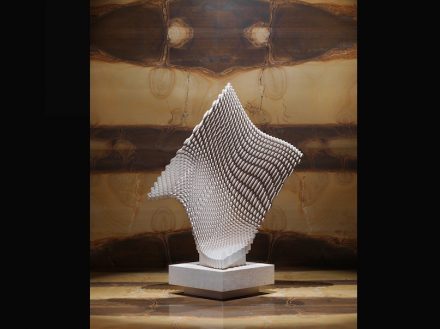 No less spectacular: „Organic“ in which Galiotto was testing the limit of feasibility. In a conversation on his experience with projects of this type, he remarks: „I learn something new every day.“ 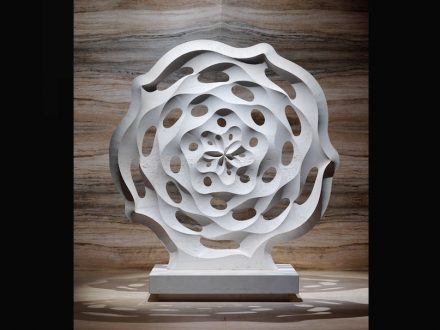 „Corolla“ was our personal favorite: reminiscent of a rose window above the entrance of grand cathedrals. This was the type of work in which the stonemasons‘ handicraft reached the peak of the art.

More than 20 companies participated in the construction of the 12 objects. Some provided the stone, some the machinery. After the Trade Organizers had invited them to join, were won over by Galiotto, not only on the basis of realizing a grand idea, but also based on the challenge of the experimental nature, brief time schedule, and extra hours in ateliers. 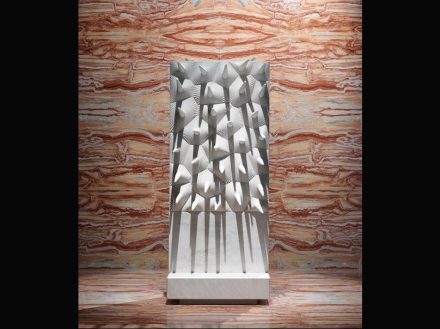 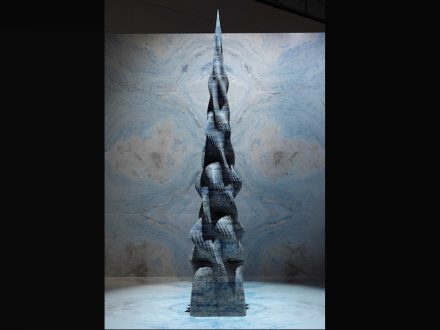 Special mention is also due to the presentation of the objects: they were framed in book-matched stone slabs potentiating the beauty of stone ,from nature’ as well as ,from the atelier’.

The other presentations playing in the „Italian Stone Theatre“ also showed the strength of ,Made in Italy’: grand design and successful mise en scène.
The awe-inspiring nature of „Italian Stone Theatre“ translated in a solemn almost exalted atmosphere when the music was turned off – the air was laden with emotion resulting from the magnificent presentation in conjuncture with the beauty of the material. 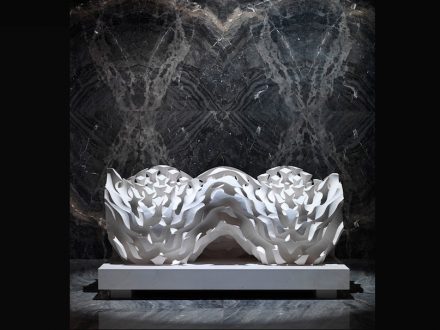 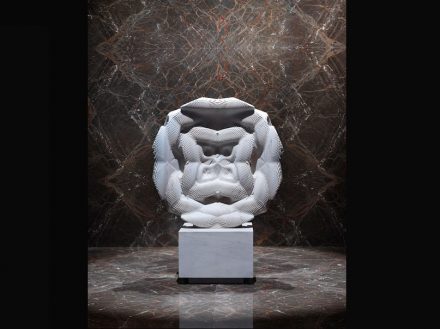 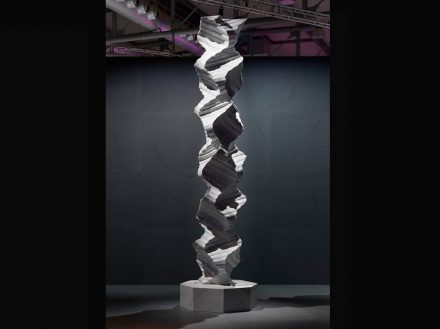