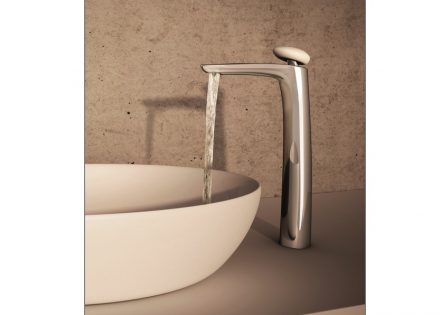 While designing a bathroom, increasing attention is paid by architects and interior designers to the combination among the different furnishing items, taking into account not only style and product shapes, but also materials and colours.

Fir Italia, thanks to „Synergy“ tap collections and shower heads, offers a options to allow a combination between a design mixer with lever/handle made with Corian and a wash basin made with the same material. 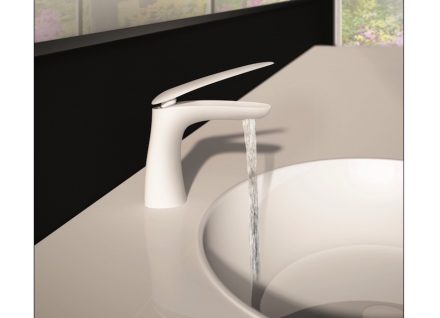 Synergy taps with levers/handles made with DuPont Corian are available in three variants: „Stone“, „Cover“ and „Open“. Synergy „Stone” is the mixer with the handle in the shape of a stone just like compact and smooth stones that can be found near seas and rivers. In the variant „Cover“, the Synergy mixer is characterized by an elongated lever, covering the spout completely and it is reminiscent of desert dunes shaped by the blowing wind. The Synergy „Open“ mixer is finally the variant with short and compact lever, practical and functional, which compliments the mixer body. 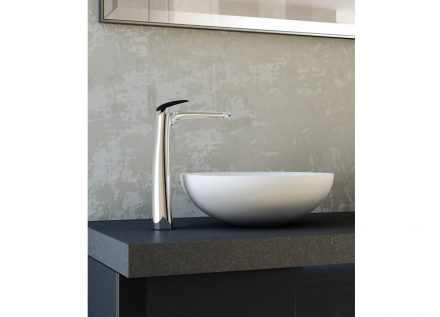 All washbasin and bidet mixers are equipped with an aerator with a 6 liter per minute flow regulator, able to procure a saving of about 50% of the consumption in terms of water delivered.