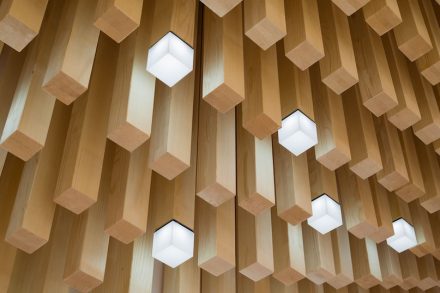 In the humble opinion of Stone-Ideas: the time is ripe to flood Chinas markets with more than raw stone blocks

In June of this year, we had published a statement of the Chinese Stone material Association (CSMA), China’s official natural stone trade association. CSMA propagated the thesis that demand for natural stone, specifically for use in private villas and import of high-end value-added products, was experiencing an upward trend (see link).
Now we have discovered a branch outside China giving proof of the private consumption within in China: in Switzerland’s watch industry.

In cities such as Lucerne, Bern and Interlaken the same scenario occurs over and over again: Chinese tourists spill into the shopping areas by the busload and disappear into shops selling Swiss-made watches…

… were they are welcomed by specially trained personnel.

Insiders reveal that customers like to buy luxury goods priced at 5,000.00 CHF or more and often purchase more than one piece. Many a tourist will be buying in proxy for friends and family as well as for themselves.

But why don’t they purchase the watches in the shopping malls at home where luxury brands such as Rolex and Omega, etc. entertain representations? 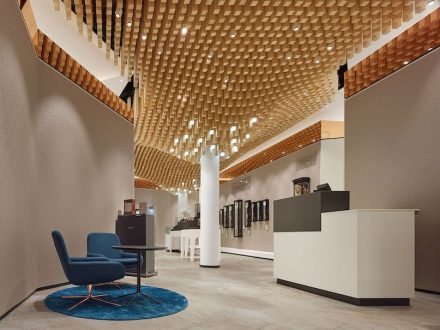 Articles published in the Swiss press name two reasons for this conduct: shoppers hope to circumvent the more than 30% import duty on luxury goods. A watch worn on the wrist will probably not attract attention of customs officers, and no one will know that the item was nestled in its original packaging just a few hours prior back at the hotel.

And, tourists fear that they will be duped by worthless replicas back home.
But the spending sprees have ebbed somewhat of late due to a great extent to anti-corruption measures and new visa restrictions in place in China as reported by the Swiss press.

By these facts, in conjunction with the theses brought forth by the CSMA, one can deduce that the time is ripe to introduce natural stone products from the Occident to Chinese markets.

Care should be taken that the products are certified. Then, at least in theory, clients will be willing to pay nearly 25% more for imported slabs. 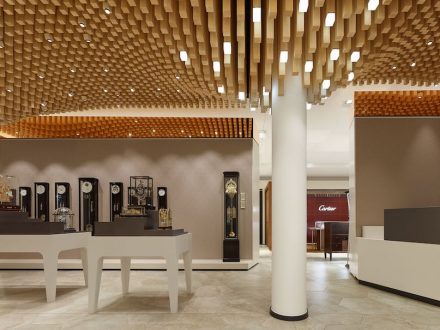 Our photos originate from a project fitting to the theme: in the new Black-Forest-based „Drubba Village“ in Germany where cuckoo-clocks and high-value watches are sold mainly to Asian clients, producers share a show-room.

Since clients from the Far East are usually pressed for time, the architects of Ippolito Fleitz Group designed the interior for optimum clarity and function: visitors can spot the desired brand at a glance. The ceramic flooring provides a welcome point of calm.

The center of the showroom houses a coffee bar and a watchmakers’ shop in which high-value clocks with mechanical clock-works are exhibited.

The Black Forest itself was symbolically affixed to the ceiling represented by 4,362 spruce poles mounted over head in gentle waves. 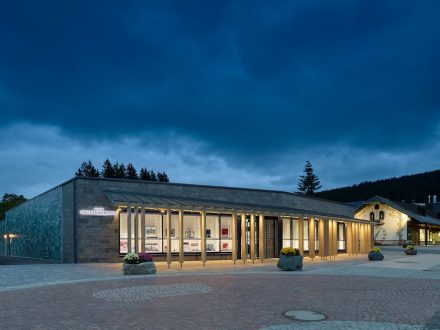