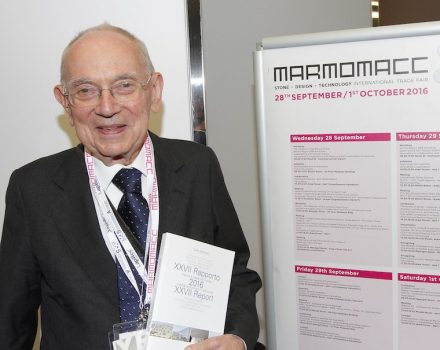 Dr. Carlo Montani presents his facts and figures for 2015 in his „Report marble and stones in the world“ / 2016 started up with considerable negative growth for exports

First the bad news: the current year 2016 started poorly for the stone branch as all major players saw considerable negative growth in the first half of the year. Italy exported -3.27% (by value) less stone products abroad (-8.5% by tonnage), according to IMM Carrara, and the tendency could be seen across the board affecting countries like Turkey and Brazil.

The reason behind the dip in sales probably lies in China’s slower growth resulting in lower purchase rates of stone.

And now to the better or less dramatic news: 2015, according to Dr. Carlo Montani’s Statistical-Yearbook „XXVII Rapporto marmo e pietre nel mundo 2016 / XXVII Report marble and stones in the world 2016“, in Italian and English and presented at Marmomacc.

The up side: profits for stone producing companies were significantly higher in 2015 compared to 2014: despite a lower level of exports in tonnage (-6.9%) producers saw an increase in turnover/unit (+7.5%).

According to Montani’s interpretation this is a result of increased professionalization in the branch.

The over-all sum of international trade amounted to almost 23 billion US-$.
Other news was hardly encouraging either. Some 286.2 million t of raw material (+2.5%) were quarried but only 140 million t could be used as raw blocks, and a mere 82.6 million t were left after final value added production.

A good thing then that the competition has not used these figures to date. But a pity that the stone branch makes no tangible effort to make more of its raw material than slabs for façades or kitchen counter tops.

Montani pleads to let old habits go and ensure that no waste is produced in the first place by using modern technology. 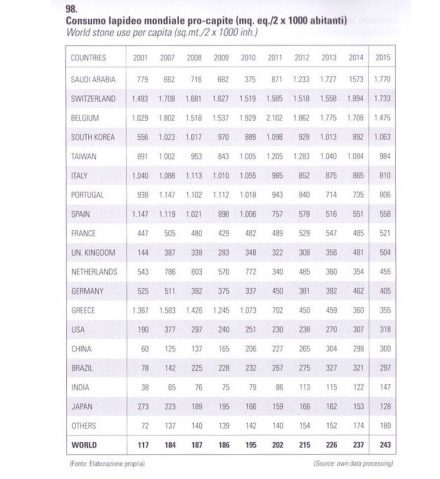 A ray of light in Montani’s statistics: the grwoing per capita consumption of natural stone.

And another ray of light: technology. Italy is the market forerunner in terms of market share cornering 2/3 of the European market and 1/4 of the worldwide share of sales. The country exported technology worth some 780 million Euro. The average value/unit was 1,112.00 Euro.

Detailed figures pertaining to various countries, e.g. residential building are compiled in the book. It can be purchased in print for 35 Euro or downloaded as a pdf at a cost of 20 Euro. 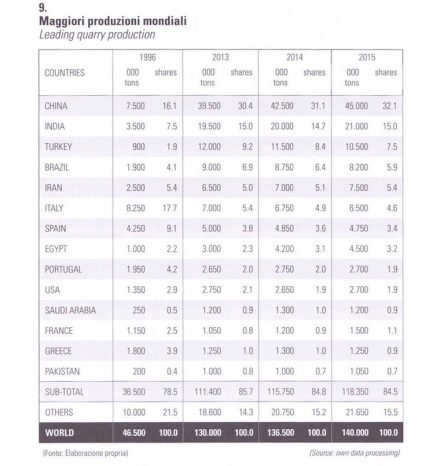