Turkey’s exports to the US and to UAE: „Sales up, income down!“ 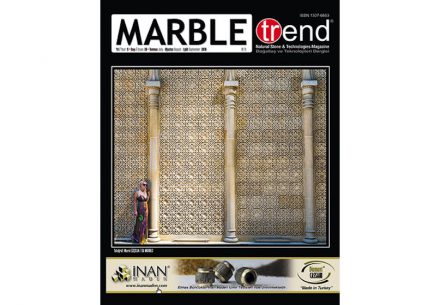 When Çağlayan Sueli, editor-in-chief of the Turkish trade journal Marble Trend, is upset he becomes ironical: „There are some films that make some cry and also make some laugh…“ his analysis of Turkish exports to the US starts. First he gives the good news to make his readers smile gladly: in 2015 Turkey was the biggest exporter of processed marble to the United States. It sold 730,660 t of marble which was more than half of total US marble imports (1,231,298 t).

The UAE-data were published in a speech by Rüstem Çetinkaya, vice-president of Istanbul Mineral Exporters’ Association (IMIB), at a dinner at the Middle East Stone Show in Dubai.

Sueli adds an interesting observation for the UAE: in the last 5 years, the price the country paid per imported ton dropped significantly. „One can conclude from this fact that they either seek cheaper materials or make better bargain or the firms lower the prices as a result of international rivalry.“