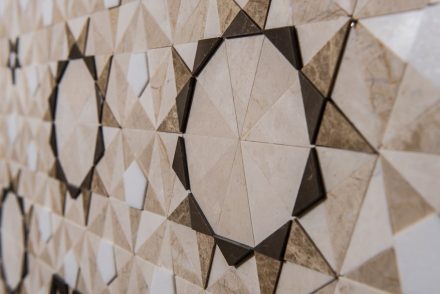 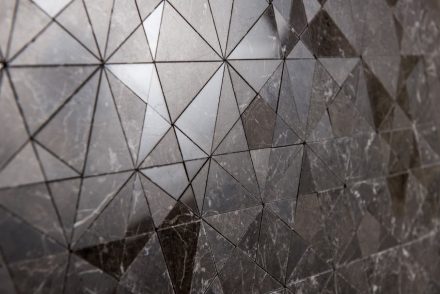 A very special example of design in natural stone is incorporated in „Hyperarchaic tectonics” by Istanbul-based Emedya Design Studio under the leadership of Gökhan Karakuş. Drawing upon the age-old mosaic tradition combined with Islamic art and geometry, and, submitted to the cutting edge of a CNC-controlled water jet, Emedya Design produces new yet somehow familiar items.

The objects look familiar because they are based on a mathematical process or formula, through which a pattern ensues. The mathematical plausibility is evident.

Daniel Bosia of the London-based Adams Kara Taylor II (AKT II) engineering company, played a decisive role in the development. The pieces were realized by Akdo Company of Bilecik in Turkey. 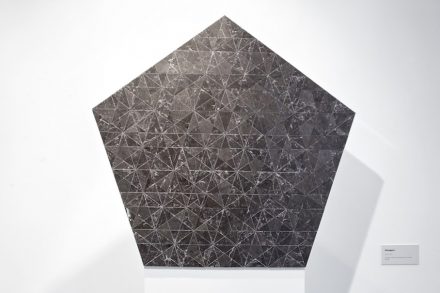 „Pentagon I“ is the title of one of the objects: as is the case with all classic mosaics, it covers a limited area, the inner surface of which is filled with tiny stones called tesserae. Here, the tesserae themselves play with geometry – triangles and pentagons creating lines which cut through the surface.
But the natural structures in the stone effectively break the mathematical stringency. 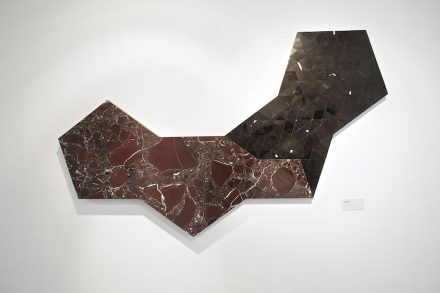 „Pentagon II“ goes one step further: the enclosed pentagonal area is multiplied and thus grows above and beyond itself mutating their „genotype“ and morphing to new shapes. 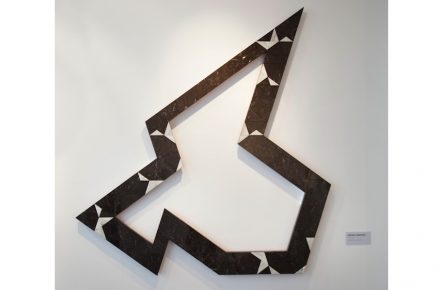 In „Void Pattern I“ the tesserae have developed a mind of their own and broken out of their constraints. A narrow line remains reminiscent of the large surface. But the line has gone full circle to the inner void. 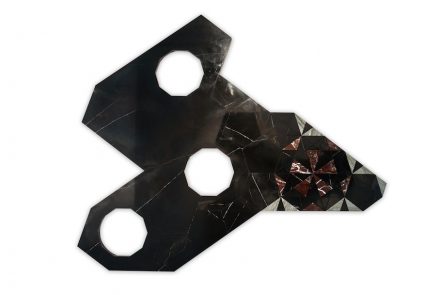 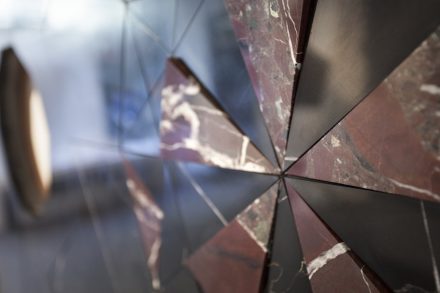 In the case of „Void Pattern II“ the void is filled with tesserae. Together they form a geometric subset. The remaining space, again, is subject to stringent geometric shapes. 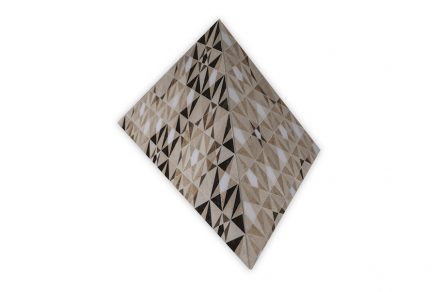 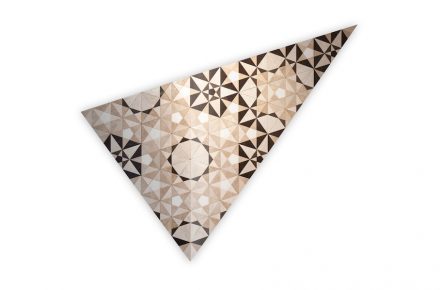 Obviously, at this point, the beholder would not be surprised if the objects took on a third dimension. And, indeed, this is the case with „Iteration“. 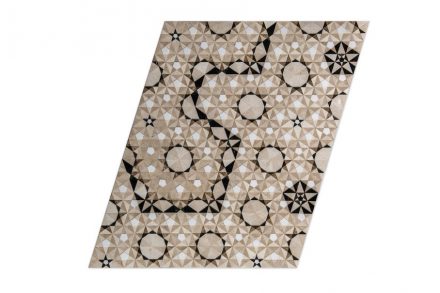 The mathematical rules are so strict that repetition surpasses the tip of the object and binds the two slopes together.

„Experimental design for marble tiling“ is what Gökhan Karakuş calls his work: „We wanted to explore the intersection of tiling, mathematics and stone through mosaics.“

He wanted to revive the age-old traditional Islamic art, which lay in a deep slumber for five centuries since the Ottoman Empire. „My goal in this design research has focused on reviving a design method unique to Islamic architecture.“

His work is available via the Danish internet portal Adorno. 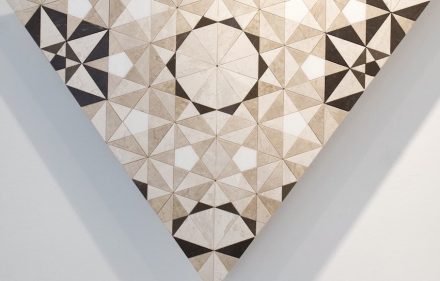 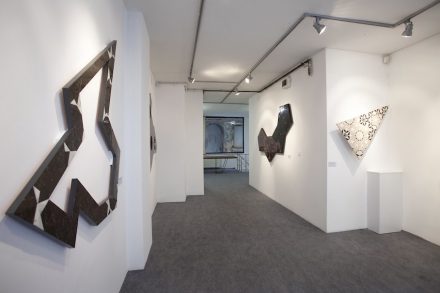