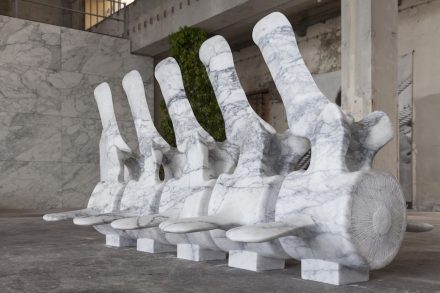 „Spectacular“ best describes the works by the award-winners of the Premio Henraux in 2016: This year’s theme was „the sea“, in a sense symbolic of the Versilia Region, where marble outcrops and the Mediterranean are in close proximity to one another. As always the submissions proved the diversity of regional Carrara marble. 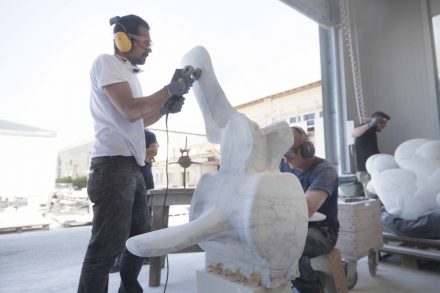 First prize went to Daniele Guidugli for his work with the title „Moby Dick (Vertebra)”, 5 vertebrae actually inspired by flotsam. Many different interpretations are possible: but it shows the transience of large life forms in contrast to the longevity of stone. Stone gives the bones an entirely new aura… 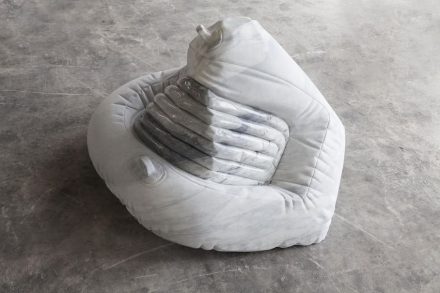 Second prize went to Kim de Ruysscher for his work by the title of „Canotto“. He worked the raw block until a small shipwrecked dinghy emerged from its depths. The Belgian artist set out to show the contrast between stone and our highly transient plastic culture. 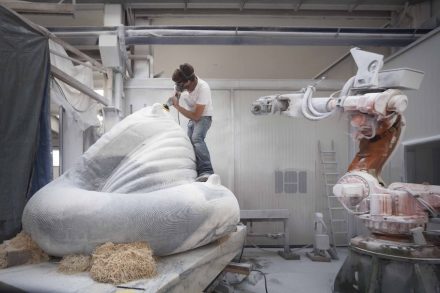 The work was also interpreted politically: the press coined the piece as a work commemorating the boat people who left their lives at sea in search of a better world. 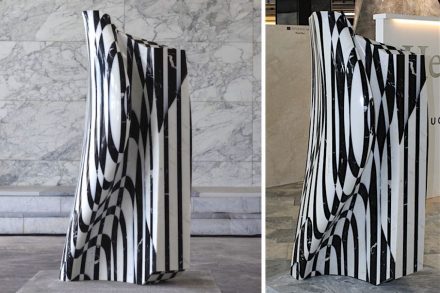 „Newave“ by Mat Chivers of England placed third. A basic geometric shape in laminated white Statuario di Altissimo marble and black Nero Marquina. A glance from above or below reveals how the rods are fixed. 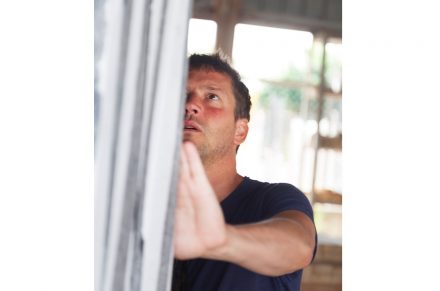 The idea originated from „Polyphonic (what you want to see)”.

The pieces were realized in the Henraux Company shop with the aid of the Henraux team of craftsmen.

The prize is bestowed biannually for marble sculptures complemented by the event „Volarearte“ (fly art), during which e.g. the Pisa Airport is embellished with works of art. The Fondazione Henraux is based in Querceta in close proximity to Carrara. 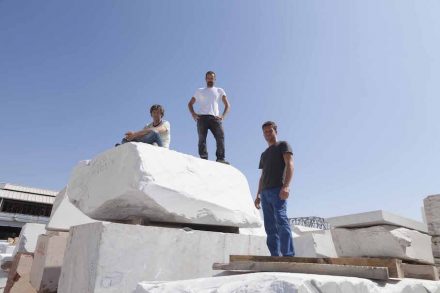