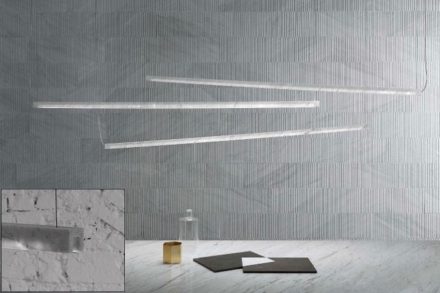 News from Italian specialist for innovative and luxury-ideas in marble

In a collaborative process, Salvatori Company has developed three natural stone lamps together with three international designers. The most eccentric of the trio is Marco Carini’s „Farfalla“ (Butterfly) comprised of a long stone wand with a groove within which lighting elements and cable are concealed. The wand measures 153x3x3 cm. 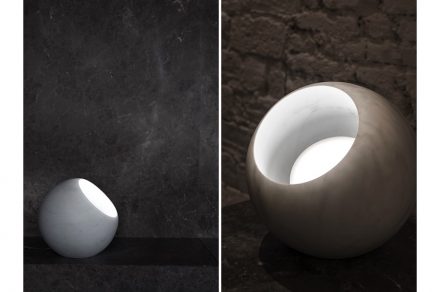 Designer Elisa Ossino calls her creation „Urano“ available as a floor or table-top model. The material used is also Bianco Carrara Marble. The lamps come in three sizes (18, 30, and 50 cm diameter respectively). Both Carini and Ossino come from Italy. 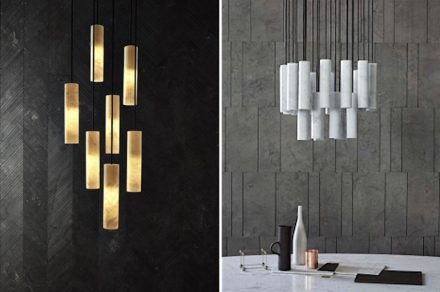 Iberian David Lopez Quincoces designed „Silo“, the hanging lamp. It can be implemented as a single source of light or combined in clusters to form a candelabra. It comes in Bianco Carrara or Pietra d’Avola. 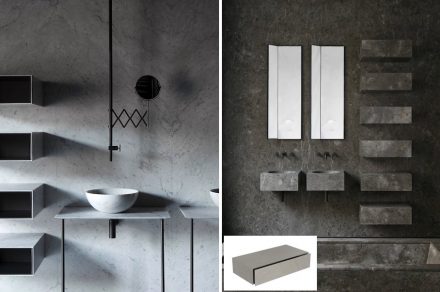 Elisa Ossino has christened her bathroom collection „Fontane Bianche“ reminiscent of a Sicilian beach near where she grew up. Note the unusual array of wall-mounted drawers, trays, and shelves. 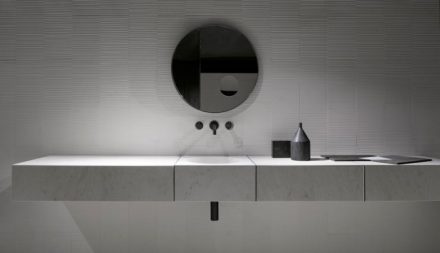 The single elements can, of course be mounted conventionally next to the sink. They are available in Bianco Carrara, Gris du Marais, Pietra d’Avola and Crema d’Orcia. The taps were also designed by Ossino together with Salvatori. They were realized by Fantini Company. 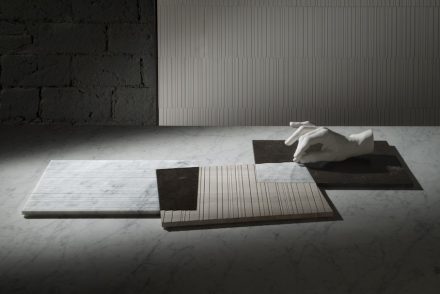 Salvatori had inaugurated „Plat-Eau“ by designer Silvia Fanticelli in 2016 – a series of place settings for china or lamps composed of several pieces. „Plat-Eau Classic“ has a little brother: „Plat-Eau Glass“. 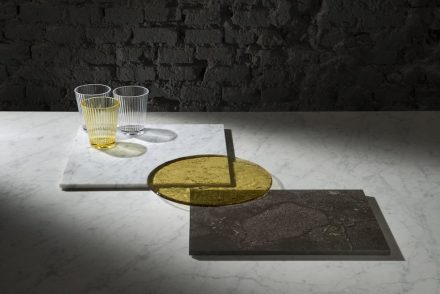