Natural stone for kitchen countertops: don’t be afraid of color and structure 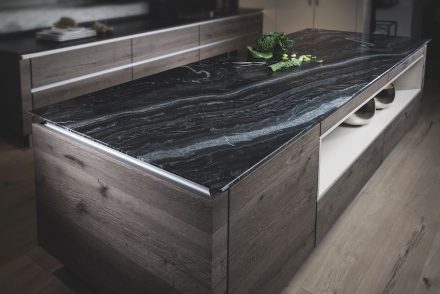 „Our stone-scouts travel from quarry to quarry“ in search of the unusual, constantly in search of eye-catching colors and structures, according to a press release of Austrian Strasser Steine. The company, originally a producer of furniture, has specialized in natural stone kitchen countertops. It’s latest line: the „Supreme“ Collection in unusual stone. 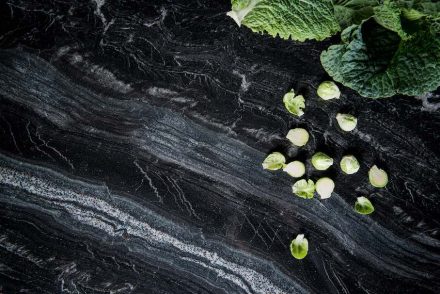 „There is a high demand“ for this type of stone according to Robert Butz, Strasser’s Sales Manager, since many customers are looking for „a personal accent in their kitchen“ as well „as high quality design“. 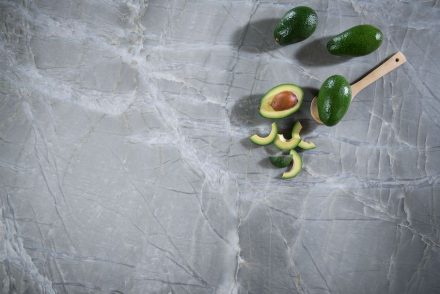 „These stones polarize“ (Butz) i.e. they don’t fit the bill for all customers alike unlike a classical black or white marble.

But that’s not bad for sales – individuality is the buzzword of today’s design.
Stasser buys exclusive rights to the stone lots he chooses. Robert Butz puts it like this: „We take care not to subject our stone to inflation.“ Production quantities remain small. 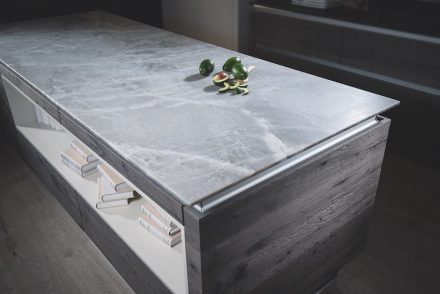 This marketing concept breaks down natural stone into the world of design and furniture where new products are expected every season.

Taking the place of „unchanged for all eternity“ which often accompanies Carrara Marble, slate or sandstone from Europe, these types of stone are meant to kindle the flame of passion. And even if the flame burns but for a short while, it has served its purpose.

Natural stone for the modern hype-culture, so to speak.

This may not appeal to everyone. But note that a number of companies world-wide are quite successful with this marketing strategy. 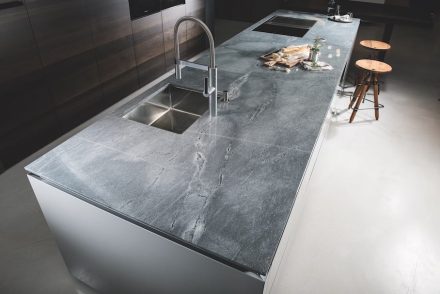 Some types of stone jump on the bandwagon even though one might not recognize them as natural stone at first glance. „Atlantis“, is such a case in point though it does not belong to the „Supreme“-Line: The stone, which originates from China, is dry to the point of being dusty and looks much line concrete.

Strasser Stone GmbH, with its headquarters in the Austrian City of Mühlviertel, made a turnover of 27.6 million € in 2016. By its own acclaim, it corners 70% of the national market and employs a staff of more than 200. Sales and distribution in Austria and Germany rest with the trade distribution in kitchen and furniture retail outlets.
For 2017 the company expects to reach a turnover of more than 30 million €. Until 2020 the aim is 40 million €. (evma)