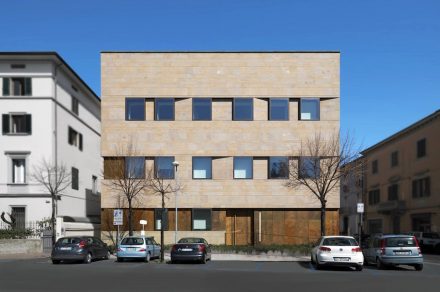 Architects at MYGG play with materials like stone, glass and metal as others would play a musical instrument

Strangely unusual yet somehow familiar best describes the Palazzo Aurora in the historic center of Tuscany’s town of Pontedera. That is because the building takes off on the classic Palazzo architecture known from Italian Renaissance (a classic cube with four or five stories), yet offers numerous elements of modern detail. 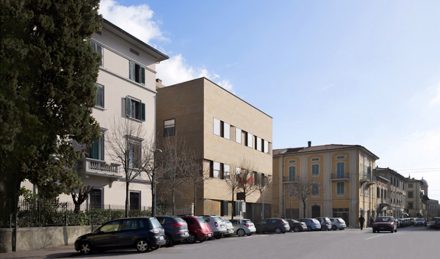 The architecture originates from MYGG based in Milan. The firm qualified for the finals of the Archmarathon-Competition with the draft – a competition first calling for submissions in building with natural stone last year. The finalists were chosen by Marmomac (before: Marmomacc). It was thanks to the fair that the category „Natural Stone“ was brought to life. 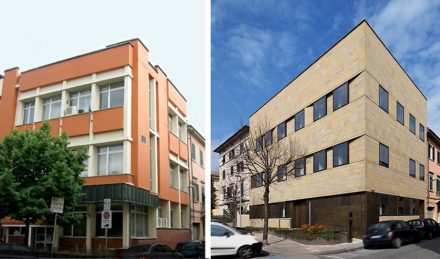 It was the job of the architects to modernize the building. This was a 1960’s construction. MYGG-Architects turned this rather uneventful building into a Palazzo – a type of 21st-century update of the classic Italian design.

Santafiora Dorata Limestone defines the façade. It originates from the Viterbo in the Latium Region. Use of this particular stone is an ode to the past. 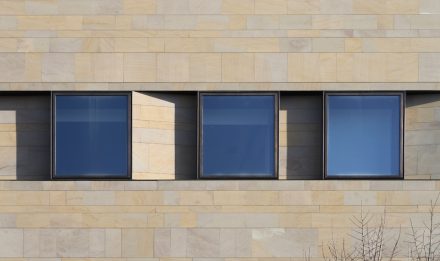 At first glance beholders will notice the recessed and slanted surfaces between the windows. This brings movement into the otherwise stern façade. 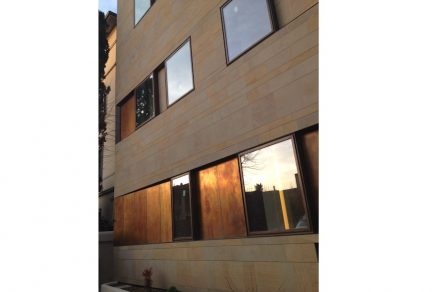 The same holds true for another design tool: the limestone is cut to different lengths, composed of slabs in a variety of sizes. That’s not all: some stone slabs are mounted vertically, others horizontally giving them different hues.

In music as in architecture it’s all about „balance in composition“. 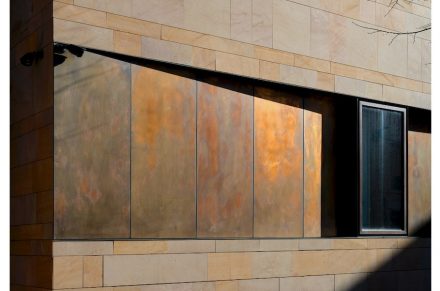 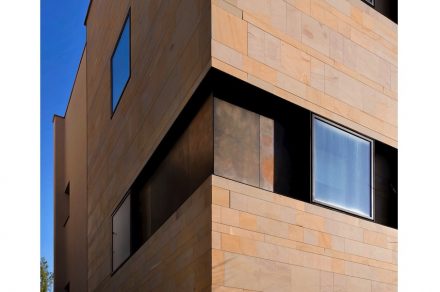 But the façade also has its proverbial stroke of the drum to remain in context: The brass surfaces at the edges of the building are an eye-catcher and play their own fiddle, so to speak under the influence of sunlight. 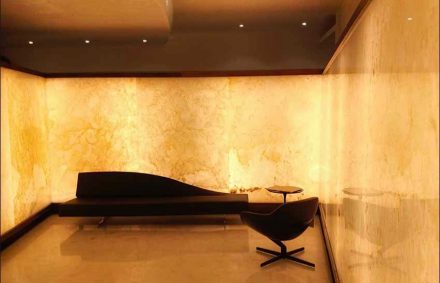 Other types of stone bring the warm glow of the façade from the outside in: the reception area is defined by back-lit Onyx wall surfaces. 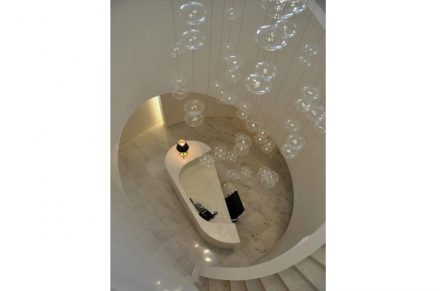 The floor is covered in noble white Carrara Marble as is the stairwell leading upward.
The building was given the name Palazzo Aurora after the modernization by MYGG. Aurora is the Goddess of dawn.

The landlord contractor for the modernization was the cultural association Italy and Montenegro (Associazione Culturale Italia-Montenegro). (sumu) 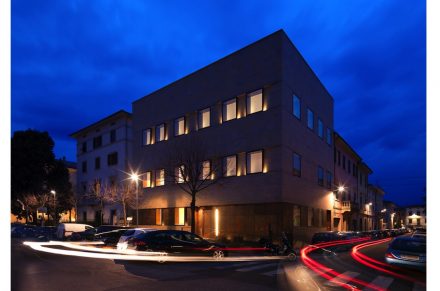 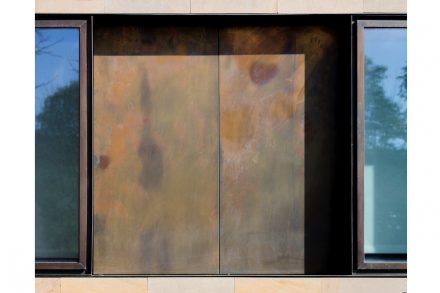 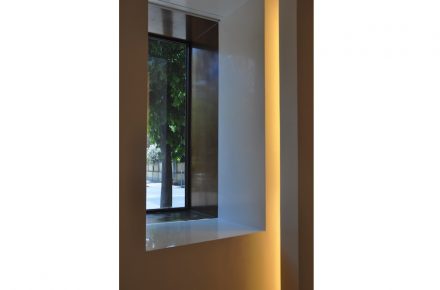 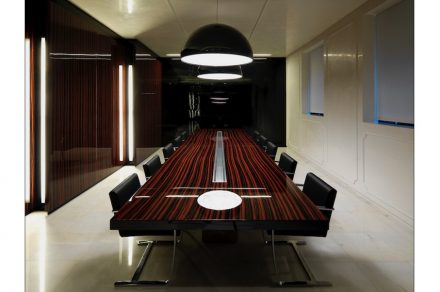