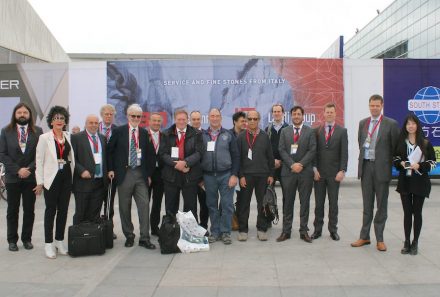 Update: Videos showing the visit in a Chinese stone company and the tour through Xiamen city, filmed by Michał Firlej, from Polish company Stone Consulting (video 1, 2)

Xiamen Trade Fair goes to great lengths to establish a position as THE world’s leading Natural Stone marketplace. To this end, the Fair invited a group of Euroroc-members to attend the 2017 Fair (March 06th to 9th). 25 representatives from Spain to Norway or Ireland were part of the party.

Part of the program was a meeting of representatives of the Chinese Trade Organization China Stone Material Association (CSMIA). The aim was a brainstorming session to define the most pressing issues on both sides and how to establish fruitful business relations. 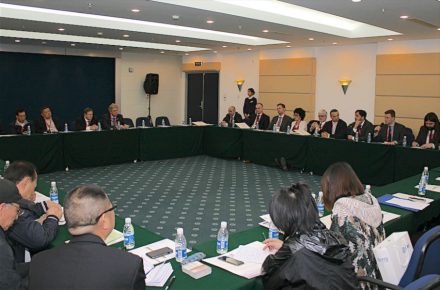 But there were a few surprising insights on the European side. When Euroroc-Secretary-General, Prof. Gerd Merke, opened the round with the question, how China was coping with the fierce competition of engineered stone so hard felt in the West, there was only astonishment on the side of the Chinese. 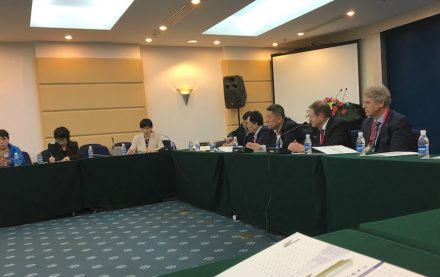 As it turned out, China’s engineered stone makes up a mere 10% of the turnover enjoyed by natural stone, so stone manufacturers see „little or no problem in competition from engineered stone“, according to Shandong Stone Association Chairman, Zhou Keji.

Also, both branches are members of CSMIA resulting in an altogether different view of matters concerning competition.

In China’s natural stone branch, interior design is the most important theme of the time, according to Qi Zigang, Secretary General of CSMIA. This is due to sustained growth of China’s the well-to-do and middle class. These are potential customers desiring natural stone in their homes as a symbol of their prosperity. 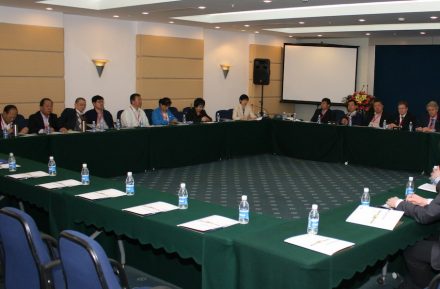 „Luxury stones“ are in high demand whereby strikingly conspicuous varieties like onyx and exotic granite but also European trade-marked products are at the focus of attention. 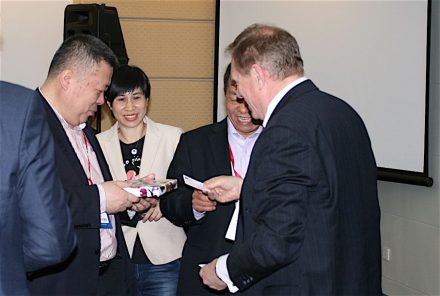 But the Chinese assume that the stone will be shipped to China as raw material. „We have our own experience in working the stone“, moreover, „the import duty for value added products makes the purchase too expensive.“ 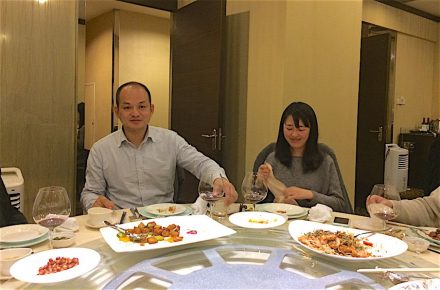 The Xiamen Trade Fair offered Europeans an elaborate program including tours of the city and an exclusive farewell dinner in a high-class restaurant at which the Fair’s General Manager Lai Guoxiang was present.

The organizers hope that representatives of the European Trade Organizations have found favor in Xiamen and will bring their members to the fair. 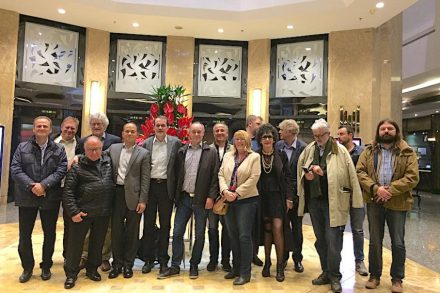