Marketing: Using emotions to make natural stone stand out among the competing materials 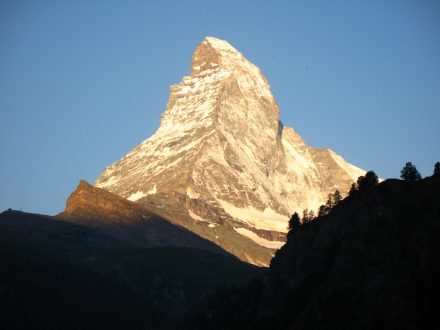 The Idea had been born by Euroroc Secretary General Prof. Gerd Merke: he discovered that marble could hardly be distinguished from its ceramic or engineered stone likeness, and concluded that the stone branch must equip its vendors with a reason why clients should opt for stone – this could be achieved by playing on emotions. Manmade material does not possess the natural power to conjure strong emotions enjoyed by stone.

The theme has several facets, some of which were discussed in depth in Xiamen:

∗ Quarries are emotionally moving and captivating locations. But the question is: how does the branch present this to the client – does the quarry not often bear the appearance of exploited and ravaged nature? A video by Italian-based Stonecircle Company shows how it could be: a virgin place waiting to be discovered.
Video

∗ A quarry goes hand in hand with heavy machinery, often shown as behemoths to underscore the hard work involved in extracting stone from Mother Earth. „Il Capo” takes an entirely different approach: it shows a foreman directing not one but two huge caterpillars by the flick of a finger much like a director would lead the symphony orchestra.
Video

∗ The manifold ecological aspects revolving around natural stone are a highly emotional topic. Part and parcel of its footprint is its perfect recycling record, extreme longevity and high conservation value

∗ Because stone is a product of nature, it deserves great respect. Magda Konstantinidou of the Greek Stone Group International (SGI) played though a virtual conversation with marble. What would it tell us?
According to Magda, it would say: „You have taken me from my cradle / take care of me / bring out the best in me.“

∗ Part 1 of Magda’s lecture (held in Xiamen by Stavros Tzanidis) focused on stone as a bearer of regional history. Stone Group Company used the fact to develop their marketing concept „12 Mythic Marbles“: each of the quarries is coupled to a Figure from Greek Mythology, e.g. to King Midas, who turned all he touched to gold, or Perseus whose destiny it was to bring home the head of the terrifying Medusa.
„12 Mythic Marbles“

∗ Part 2 of the lecture focused on marketing concepts for marble from the Pirgon Quarry, possibly the largest marble quarry in Europe. The Company tied the location of certain structures to states of water: vapor, glacial ice, rain, a river delta…
Pirgon Marble

∗ In her lecture on MIA+BSI The Natural Stone Institute’s „Wine & Stone“ event, US American Allyson Humphries reported on how architects and designers are invited to participate in wine tasting sessions and information of natural stone.
„Wine & Stone“

∗ Antique works of art, many of which are made of natural stone, are also emotionally laden. A video shows the ancient statue depicting the Greek Goddess Athena, currently on loan from Berlin’s Pergamon Museum to New York’s Metropolitan Museum. Does the branch jump on the bandwagon of such cultural treasures?
Video

∗ Taking us full circle to Prof. Merke’s lecture: he took back his original hypothesis that the branch needs to latch on to emotions and pointed out that marketing also needs to „rely on hard facts“.