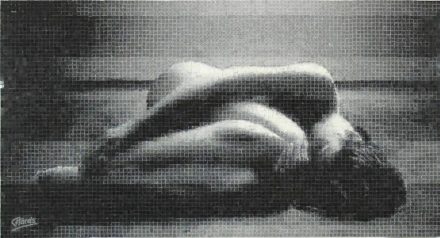 Computer assisted production methods are common in the stone branch. They range from the use of CNC-machinery to robots capable of completing works of art. A new development comes from Spain where Atarés Company produces marble mosaics with the help of modern technology.

The principle is simple: a client’s photo, e.g., serves as a template which is scanned and converted to a black and white pixel-version of the picture. The hues and shades required to reproduce the picture are fed into the database where the information is matched up with marble tesserae in stock.

The computer sorts the tiny stones and positions them to reproduce the picture as a mosaic. 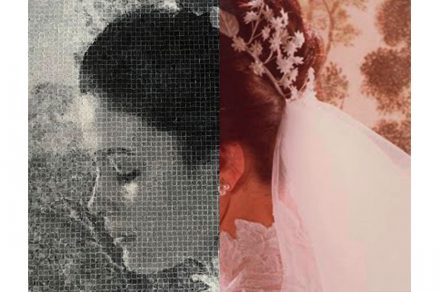 The process makes use of computer programs already widely used, e.g., in stock-holding of natural stone. In the case of mosaics, fine distinctions in color and structure are analyzed and processed whereas in the case of stone slabs, pieces are chosen for over-all color and linear structures.

Assembly of the tesserae to a mosaic of up to 1 m², is well-known from the photographic mosaics, the most spectacular examples of which show images composed of innumerable pictures of the same motif in different hues. 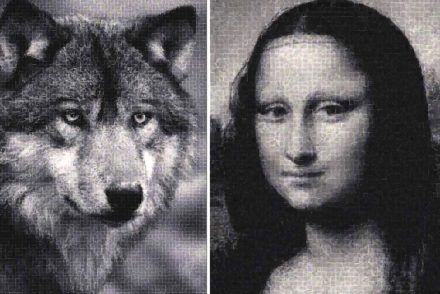 The production process for marble mosaics was developed by artist, photographer, and painter Vincente Atarés who holds the patent. As a rule, Atarés uses only black and white marble types in a variety of nuances. But if a work by Mondrian is to be transposed, e.g., other colors are also implemented.

The process makes use of veins in the stone as well as solid color. This makes it unique.

Atarés produces not only works commissioned by clients but also large-dimensional murals or mosaic tiles with graphic designs.

The mosaics can be applied around a corner as well as on level surfaces.