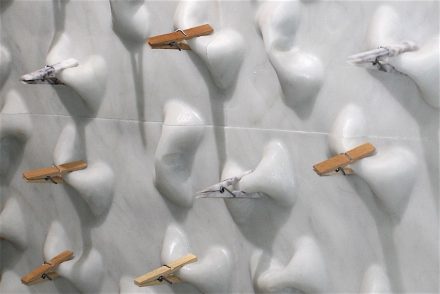 Turkey is currently facing challenging times after experiencing an exemplary economic upswing under President Recep Tayyip Erdoğan in the recent past. But there are many problems on all levels: the Turkish Lira is weak, terrorism is shaking the country, tourism has all but collapsed, the referendum on changes to the constitution has split the population in two and the attempted coup has left the country in a state of sustained tension.

Erdogan sees the culprits abroad: purportedly Turkey is under attack because adverse powers mind the country’s strength and are investing in foreign exchange speculation or support of rebel factions and terrorists.

The difficult situation was not evident at the Izmir Trade Fair (Mach 22 – 25, 2017). However, the stands of Turkish companies which in 2016 had displayed their wares in Oriental opulence and abundance had geared down considerably this year. But this had no impact on effect.

The Trade Fair Organizer has brought some cultural presentations to this year’s event, among others exhibits by sculptor and artist Çidem Melek or photo exhibits showing natural stone in unusual settings. One such photographer was Ali Çakmacoğlu.

The number of visitors to the fair was also not influenced by the economic difficulties currently facing Turkey. However, we were surprised at the statistics delivered by the Trade Fair Organizers IZFAS which claimed a sustained level of exhibitors and visitors despite unoccupied surfaces in the exhibit halls this year. Smaller exhibit areas were not evident or noticeable.

But we did see this: there were more back-lit natural stone objects than in the previous year. Traditionally Turkey is active in show and sales of onyx and marble, but this year’s presentations were reminiscent of a lamp shop.

If this observation was right, maybe the reason behind it was the taste of Chinese customers who adore onyx and marble with strong colors and veins in an effectful presentation. Turkey is, after all, the major producer of marble world-wide.

President Erdoğan sees increases in export as one way out of the current crisis. 10 million Euro have been ear-marked as support packages for exportation activities of the stone branch emanating from the economic stimulus package amounting to a total of 66 billion Euro brought under way in December 2016.

Stakes are high and full of national pathos: the centenary celebrations of the Turkish Republic, which will take place 2023, are aimed to coincide with a 15 billion US-$ projected export turnover, 6 billion US-$ of which the stone branch, it is hoped, will bring in.

In 2013 the first major hurdle was taken with a turnover of 2.225 billion US-$. But exports have experienced a sustained downward trend since then and stone exports made up only 1.806 billion US-$ in 2016.

The fact that by tonnage exports remained at a sustained high level is almost cataclysmic since the bear market was reflected only in a decrease in profit (-)5.26%.

Nevertheless, at this year’s Marble Trade Fair in Izmir, Turkey’s Minister of Agriculture and Forestry was present and lavished the branch with praise. With great enthusiasm he pledged to facilitate production in the country: „If you face difficulties with local officials in acquiring licenses for quarries, contact my Ministry“, he said in as many words, „I will take care of the problem.“

We show photos of stands which caught our eye. 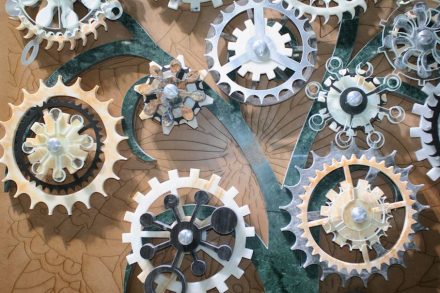 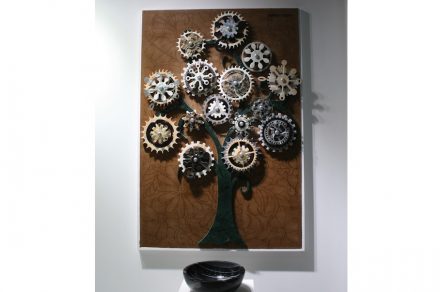 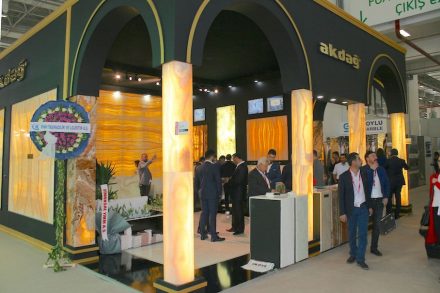 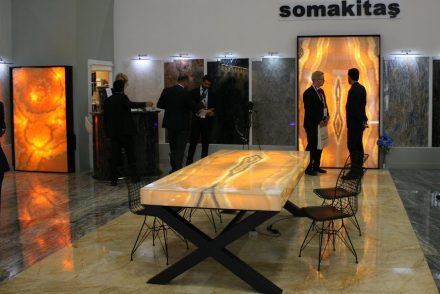 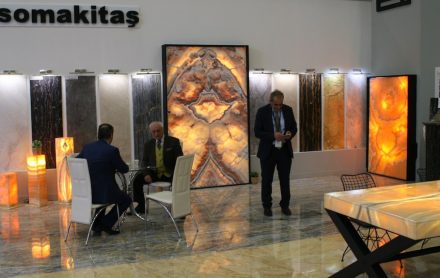 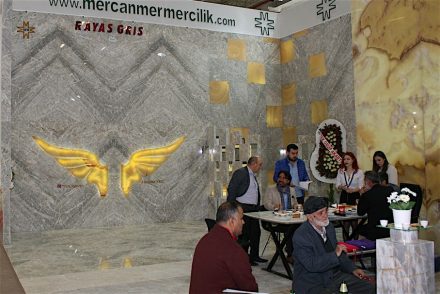 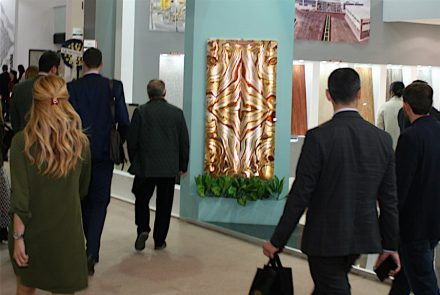 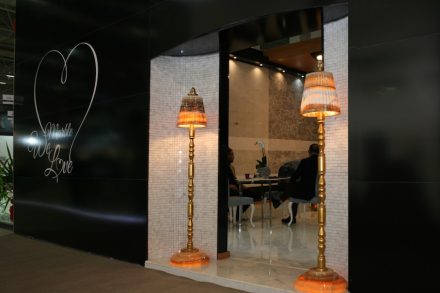 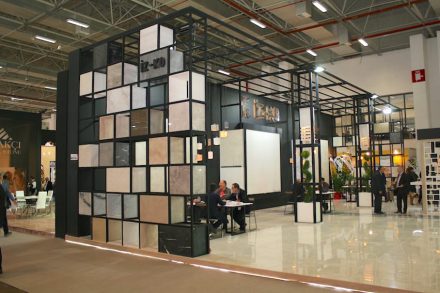 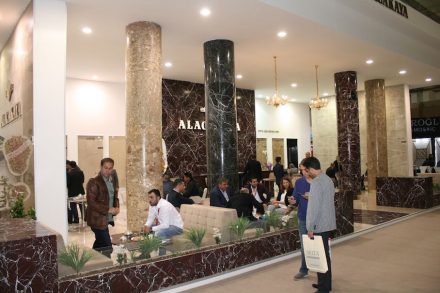 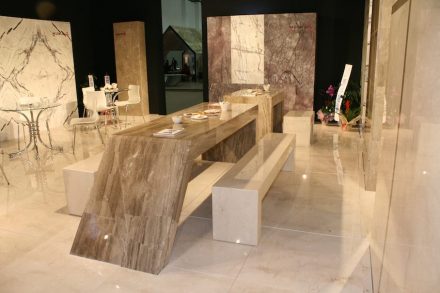 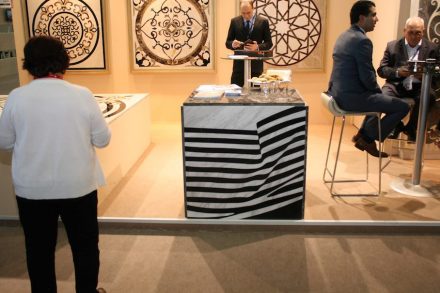