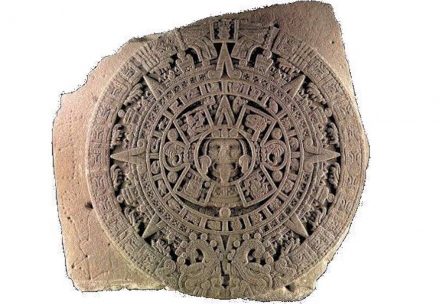 The famous Aztec Sun Stone, a 24 t basalt rock disk, was to predict the end of the world. That is the conclusion of scientist Susan Milbrath from Florida Museum of Natural History. In the center of the disk is not only shown the God Tonatiuh, to whom the Aztecs offered human sacrifices. It also depicts the death of this God during a solar eclipse accompanied by an earth quake which would be ultimately followed by the end of the world.

New in our calendar for fairs for Design/Interior-Design/Lifestyles is „Euroshop“ the world’s most important trade show for retail and shop design. It takes place every 3 years in Düsseldorf, Germany. The next issue will be February 16-20, 2020.

384 sculptures, collected from Danish royal gardens, squares, castles and palaces can be seen in the lapidarium in king Christian IV’s former brewhouse in Copenhagen, Denmark. The exhibition will be open all week, except Mondays, from noon till 4 pm in the period from June 01 until August.

MIA+BSI: The Natural Stone Institute has announced the expansion of Spanish course offerings available online through the Natural Stone University. To date, Spanish versions of all Safe Slab Handling courses and the Basics of OSHA Compliance course have been uploaded. In addition, 42 Spanish Toolbox Talks are now available, covering a wide variety of safety topics.

Quarried from Jura chalk will be the gravel and the sand used for the rammed concrete for one of the new building’s façades of the Fondation Beyeler’s new building in Riehen/Basel. The architect is Peter Zumthor.

„The buildings will be … clad in a lively, warm and variegated stone“ a webpage informs about Obama Presidential Center to be built in Chicago. The design team is led by Tod Williams Billie Tsien Architects (1, 2).

The Philadelphia Museum of Art will renovate its main building. The planning for this „Core Project“ will come from architect Frank O. Gehry.

Ideas for gardening with natural stone are given on a landscaping webpage.

To design innovative bathrooms, Cotto international, manufacturer of ceramics, solicited the help of designer Naoto Fukasawa as a curator. One presentation at the Ventura Lambrate in Milan was called „James Bond Island“ and referred to the Thai limestone island Khao Phing Kan which can be seen on one of the Secret Agent 007 movies.

Photographer Danica O. Kus has taken photos of Renzo Piano’s Valletta City Gate. This access to Malta’s capital uses natural stone in form of massive blocks and for decorative façade elements. It was finished in 2014.

Unusual things in granite are presented on a webpage.

The Hamilton Dam in Flint, Michigan is expected to be demolished later this year. The main objective is to use boulders to make the river banks more accessible and safe. It will be part of the Flint Riverfront Restoration Project with a budget of US-$3.1 million.

US-president Trump has signed an executive order calling for a review of national monument designations over the past 21 years by his predecessors. He wanted to return the power for such decisions to the states, he said. In focus is the Bears Ears Monument in Utah, a mesa with sandstone rocks. Environmentalists criticized the executive order.

As a response to US-president Trump’s idea of a wall between the US and Mexico, German-American Leupold Brown Goldbach architects have initiated a call for ideas how such a construction could be a way to „transparency, openness, and social interaction“ (1, 2).

Video of the month: „Haute Nature“ is the title of a video by Italian natural stone producer Antolini. And: Antolini at the Milan Design Week 2017 (1, 2).