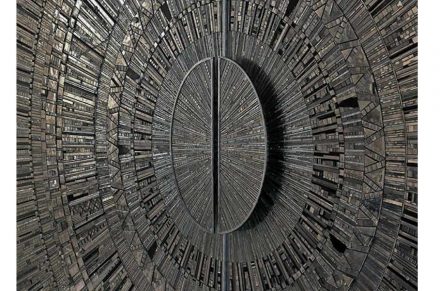 Sicis is an Italian manufacturer of large-format mosaics. Now the company has taken on a miniature format-project namely door-handles and brought out a catalogue of its models including natural stone. http://www.sicis.com/catalog/SICIS-Door-Pulls/

Documenta 14: Canadian artist Rebecca Belmont placed a tent carved from marble in Athens on the Philopappos hill with the Acropolis in the background. The piece shall remind the situation of refugees and the look from above by the mighty and rich. By the way: New York artist Jessica Dawson is planning a „dogumenta“ for dogs interested in art in August (1, 2).

„What a marbleous world“ is the title of a presentation of marble seats in the Piazza Zanella in Chiampo at the foot of the Italian Alps. They were created in 2015 in a design project by Consorzio Marmisti Chiampo (CMC) in cooperation Milan Politecnico.

Hadrian was Roman emperor from 117 until 138 AD. In his reign was build the Hadrian’s Wall marling in stone the northern limit of the Britannia province. Exhibits remember his accession to the throne.

The 2018 Middle East Stone will take place September 04-06 in Dubai. Until now it had been held in May. Find the link in our calendar of stone fairs.

Cosentino has announced the winners of its 11th Design Challenge.

Art3f is a fair for contemporary art. It started in France and has spread into neighboring countries. The French stone Magazine Pierre Actual (5/2017) reports about the show in Lyon where also stone sculptors presented their modern ideas.

The European Stone Festival 2017 took place in Kiskunfélegyháza, Hungary on May 19 – 21. „Secession and Life in the Puszta“ was the topic for the competition of about 130 stonemasons. In 2018, the festival will be held in Saverne, France from May 25 – 27. 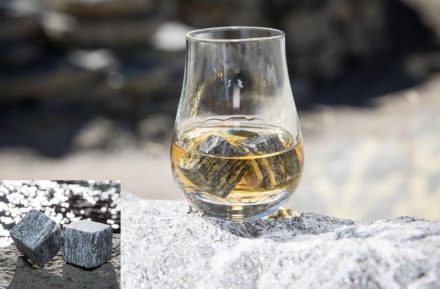 Ice cubes in natural stone are on offer by Swiss Alfredo Polti company. They are meant to be cooled in the freezer and added to a tumbler of whiskey as desired. The advantage: the drink is not diluted. The product is made of Calanca gneiss.

The Granite Cutters’ International Association of America was a trade union founded in March 1877 near Rockland, Maine, USA, a Wikipedia page informs.

Slabs from Philadelphia’s LOVE Park, once a famous place for scateboarders, are being shipped to the city of Malmo, Sweden to be reused for the same purpose there, the Sacramento Bee reports.

Fila Surface Care Solutions has expanded its operations to Indonesia, India, the Philippines, Singapore, Malaysia and Australia, as the Italian producer of protection chemicals announced at the Middle East Stone Show 2017.

„GeoDiplomacy: Solving Problems Without Borders“ is the title of one of the sessions at the annual Meeting of the Geological Society of America in Seattle from October 22-25, 2017. It focuses on the importance of geology to international problems and relations.

Stone Arts Kenya is a company which imports goods from a number of African countries and transforms them into decorative elements to be used in the country.

Fox Marble Company based in Kosovo on the Balkan, sells its Sivec-Marble to Turkey among others, a country with the largest natural deposit of marble.

Video of the month: „Reversor“ is the name given to an apparatus designed to erect felled trees by Dutch designer and artist Lambert Kamps. To date he has not tried this with stone blocks in quarries he told us at the Ventura Lambrate in Milan where he demonstrated an unusual time machine (Video 1, 2).