Wearable Stone: Veromarmo is a new material which can be used for textiles 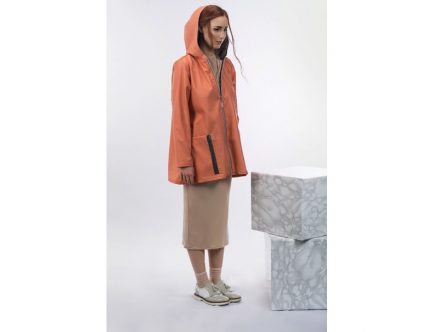 Wearables are all the rage. These can be solar cells applied to a cap, or computers integrated in clothing. Research at the Milan Politechnico has advanced to subject which is now at the doorstep of the natural stone branch.

It all started with Alice Zantedeschi’s master’s thesis. The subject it was to analyze methods of promulgating Verona’s popularity with fashion.

She identified four areas in which Verona’s popularity is already established publicly: wine, Romeo and Juliette, literature and marble.

The next step was to devise methods of making Veronese marble wearable. After much research the result was a material called „Veromarmo“.

Enter Francesca Pievani. The two knew each other before the master thesis and both are actually designers by vocation. 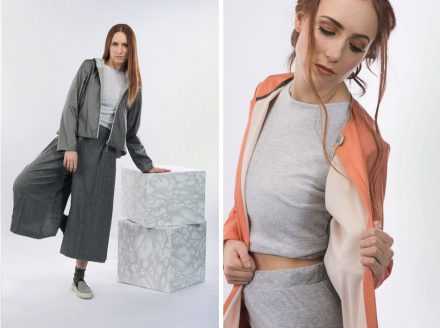 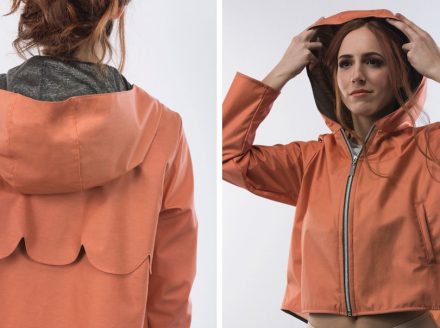 The material leaves a haptic impression resembling rubber and is water repellant, windproof, breathable and flame retardant. It is based on pulverized marble mixed with resin which is then extruded to an ultrathin microfilm and laminated with the textile weave.

Two types of marble have been used so far: Red Verona as found on the streets all over the city center and the darker Nero Ebano. They make up the colors of the rain-ware.

The material properties result from the mixture of the material: the pulverized marble provides resilience needed for rain-ware; the resin bonds the crystals together and maintains elasticity. 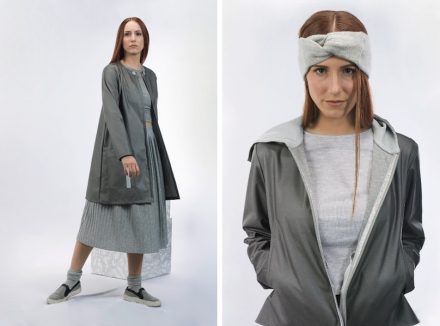 The collection comprises four raincoats for ladies – stylishly cut clothing, not fishermen’s protective clothing! The distinguishing factors are „simple and clean lines, handmade with constant care to make every item special“, as can be seen in the press release. The coats are all-weather clothing suitable for around the year.

The designer-duo called Fili Pari Company came to life in 2014 for marketing the clothing. The name is a portmanteau for the nicknames of the two in early years: Fripi and Ali. Juggle the letters a bit and one comes up with an anagram resulting in the company name. Fittingly „Fili“ translates to yarn.

Start-ups such as these are very important in the stone branch. They allow room for natural stone to appear in a new light, namely as a contemporary, modern material with a multitude of applications.