„Stonematters“ by AAU Anastas is a self-supporting limestone vault 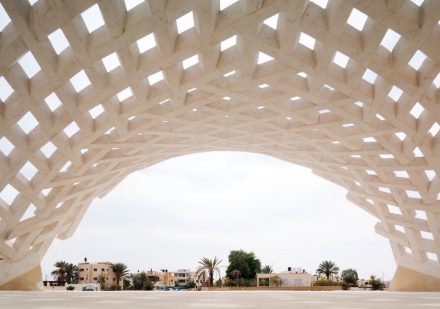 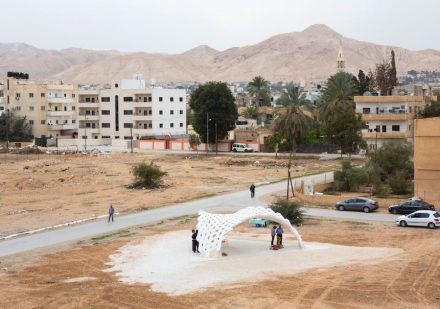 In the Palestinian city of Jericho, AAU Anastas has once again attracted the public’s attention with a vault made of 300 elements carved from local limestone which is self-supported.

It bears the name „Stonematters“ – pun intended, i.e. stone is important per se as a theme, and/or, the traditional material is subject to debate and offers inspiration for new ideas.

The aspiration which the Paris and Jericho-based architects have is high: the construction was formerly typical for the region and could lend a sense of identity to the Palestinian People. 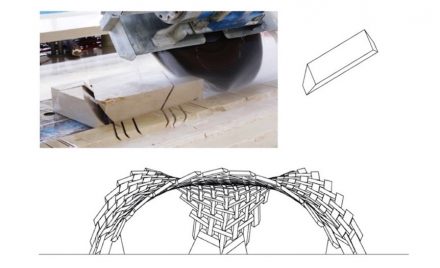 The buzzword is stereotomy and other architects in the region around the Mediterranean are pursuing research on the same topic. Stereotomy describes the knowledge and techniques of cutting blocks and assembling them to a stand-alone complex devoid of adhesives or braces or other material not for decorative purposes such as cladding of concrete surfaces.

The use of stone had degenerated to decorative purposes over the years in the region. This stereotomy-concept goes back to the roots, i.e. to the beginning of architecture itself: free-standing bridges, vaults or complexes with elaborate static are examples in point.

One local example is the Church of Saint Anne situated in the historic City Center of Jerusalem. It dates back to the 12th century A.D. according to an architectural concept applied to houses of worship constructed by the Crusaders. 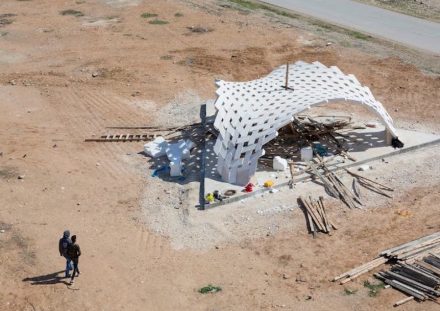 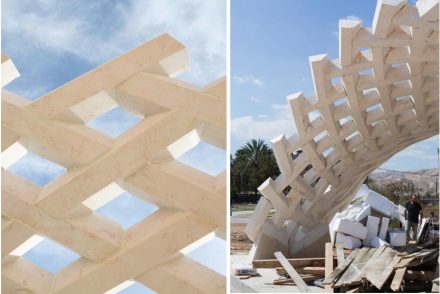 The Stonematters-vault spans over a 60 m² surface and over a length of 7 m. 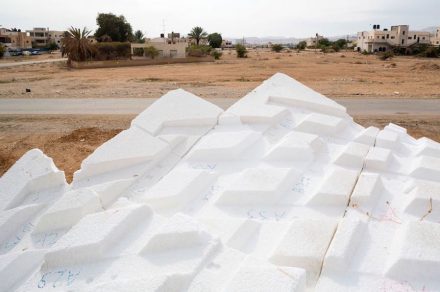 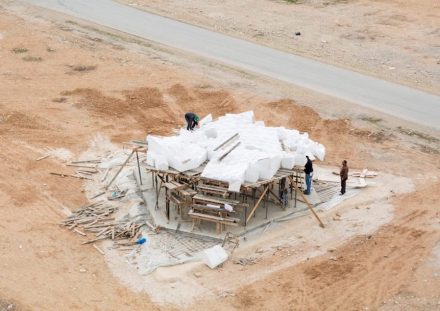 Polystyrene blocks cut-to-measure were placed on a wooden scaffolding forming the underside of the vault.

The stone blocks were then placed on top. Each stone had its exact position.

Finally, the scaffolding was deconstructed in carefully calculated, minute steps making sure that there was no unforeseen movement in the stone blocks.

Since completion in March 2017 citizens from all around Jericho have been coming to visit the site. This was part of the concept. The el-Atlal dwelling complex, of which the vault is an integral element, is reserved for artists and poets.

It is expected „to be a breeding ground of inclusive approaches to Palestinian urbanism“ according to the architects.

GSA Research Institute of the École Nationale Supérieure d’Architecture in Paris-Malaquais participated in the project. 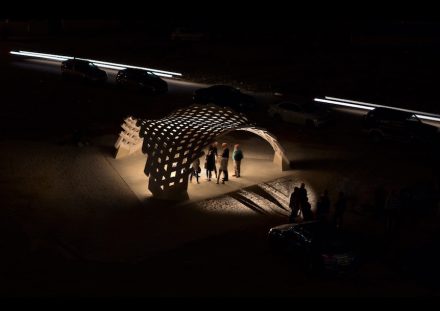