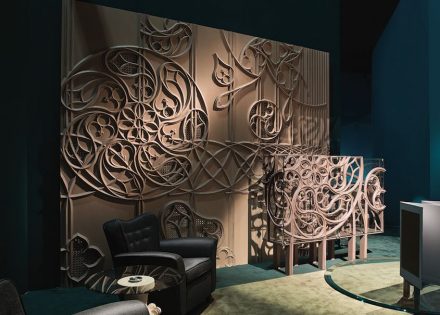 „Gothic“ is the name the Italian furniture manufacturer Fratelli Boffi gave their latest work by Ferrucio Laviani. They are an homage to stonemasons’ work on the Cathedrals but worked in wood. Their appearance is „contemplative“ writes the company specializing in wooden furniture.

University of Iowa professor Sarah Bond says that white marble statues promote racism and „influence white supremacist ideas“. Bond made the argument that sculptures should be altered to be a different color so that minorities „see themselves“ in it. Ancient Roman sculptures in Museums should bear their original colors by „light projections“.

Brazil has declared 27 works by architect Oscar Niemeyer to national heritage monuments. Even though the famous architect usually worked in concrete, many of the Capital’s Government Buildings in Brasília are constructed using a great deal of marble from Southern Brazil.

Unusual natural stone tables by designer Vincenzo de Cotiis can be viewed on the webpage.

Marmomac continues its cooperation with Archmarathon and is the sponsor of the Miami edition of this competition for architects. Studios for North- und South America may participate. Another sponsor is terrazzo producer Mariotti Fulget (1, 2).

British Stone Federation has awarded outstanding works using natural stone in the UK. A brochure may be downloaded.

Fascinating Satellite photos of structures on the Earth’s surface are captured by Deimos Imaging.

A former quarry near the Polish city of Kielce is to become a geo-educational and recreational park according to the trade magazine Swiat Kamienia.

Concepts for the Kitchen of the future were presented by 8 designers on invitation by KitchenAid during the Milan Design Week. 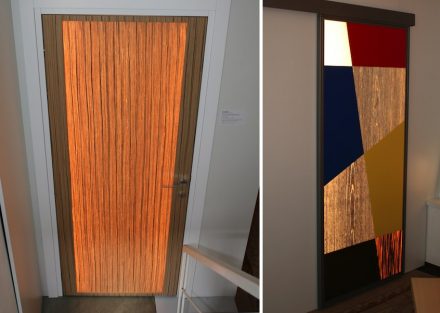 Translucent wood: a new technology by Italian Brightwood Company of Italy has been added to the palate of products by Ventura Lambrate and introduced during the Milan Design Week. http://www.brightwood.it

Eight marble reliefs created by artist Frederic Littman will be removed before demolition from the Wells Fargo bank building in downtown Salem and will be reused on the new structure on the site.

Adam Doost, former owner of a big mining company in Afghanistan has been indicted on charges of defrauding a U.S. government agency and defaulting on a loan of nearly $16 million, the Washington Times reports.

Sculptor Gary Sussman is carving a statue of folk singer and activist Pete Seeger out of 23 tons of marble.

How to restore the gloss on a marble table is a topic in the Washington Post’s Home & Garden section.

Video of the month: just in time for the tourist season on the northern hemisphere a web portal reminds us of Land-Art-Figures by artist Andrew Rogers in the Turkish region of Kappadokia. These are stone lines etched into the landscape and visible from great heights (1, 2).