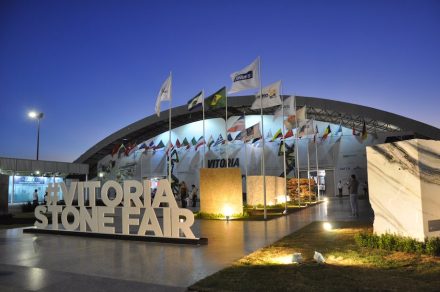 Update: In 2018 Vitória Stone Fair will again be held in Vitória from June 05 to 08, as confirmed by the organizers. We regret our misinformation.

Not official yet but we have it from reliable sources that the Vitória Stone Fair will return to its February tie-slot but will alternate between Vitória and São Paulo. Coverings is the role model in the USA alternating between Atlanta, Georgia, and Orlando, Florida.

We recall: This year’s trade fair had originally been scheduled to take place from February 14th to 17th. But emergency measures had taken effect in Vitória and the organizers had feared that they could not effectively ensure the safety of visitors. Thus, the shift to mid-June this year (06th to 10th).

This was at the same time a test to see if extra time to the Xiamen Trade Fair and to Revestir in São Paulo both of which take place in March, would not be to the advantage of exhibitors.

Now the Fair is rescheduled to take place in February starting 2018, in the following year in São Paulo according to unconfirmed reports.

Veronafiere who also organizes Marmomacc had bought this most important stone fair in South America in 2013. The new directing manager is the Italian Alberto Piz.

The June edition of the Trade Fair: over 300 exhibitors from 20 countries participated despite rescheduling, according to the organizers. 2016 had seen 420 exhibitors, 285 of which came from abroad. Visitor numbers were not yet announced. The Buyers Club program brought more than 100 international buyers from 20 countries to the show.

Many exhibitors went to great lengths in decorating their stands. 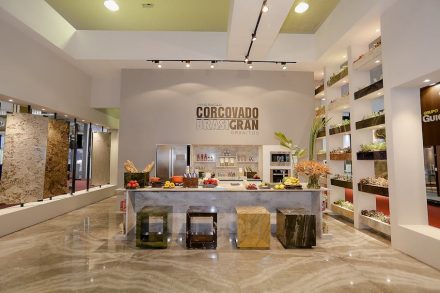 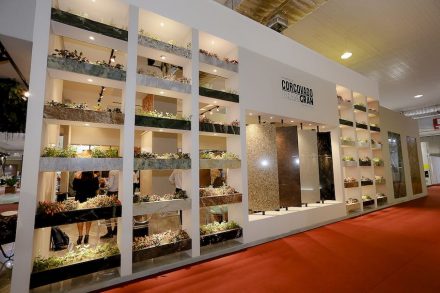 Outstanding as always was Mineração Corcovado Brasigran’s booth. This year, the company showed a Brazilian kitchen with local fruits and plants. In our next issue, we will report how was introduced the new collection of quartzites to the market. 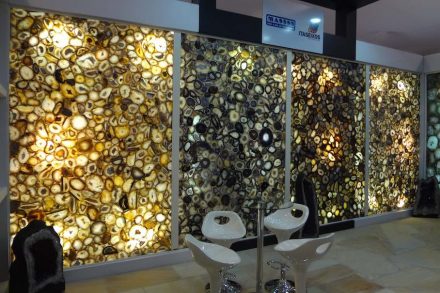 Worth mentioning is also the stone panels by Ita Seixos, originally a producer of simple pebbles, and Ferraz Brazil. Italian Antolini was the first on the market with such products: precious stones and gemstones are cut in thin slices and glued with resin.

Also were shown new Brazilian marbles. They stood at the beginning of Brazil’s natural stone sector which only turned to granites with modern sawing technology in the 1990’s. 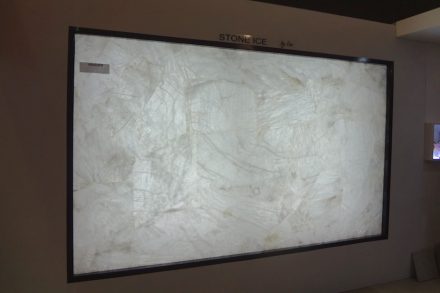 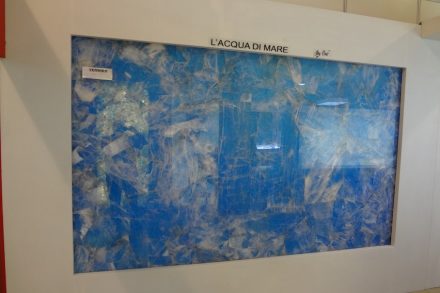 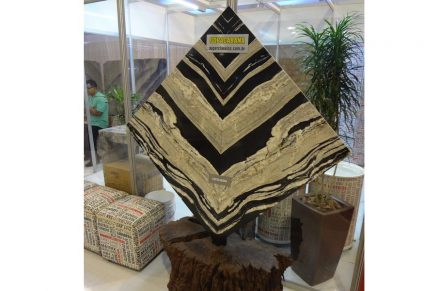 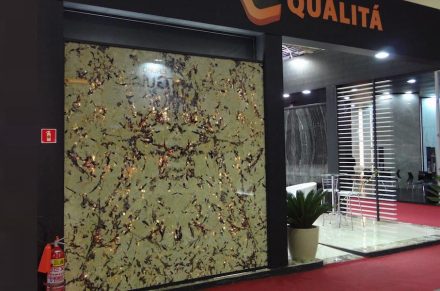 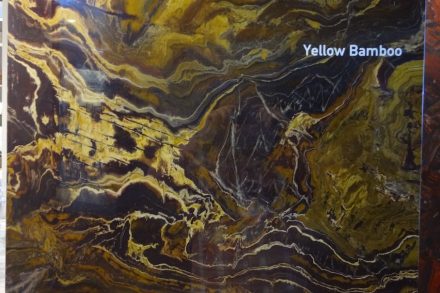 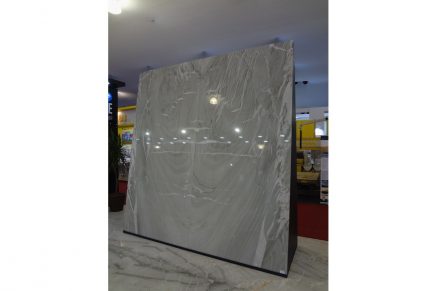