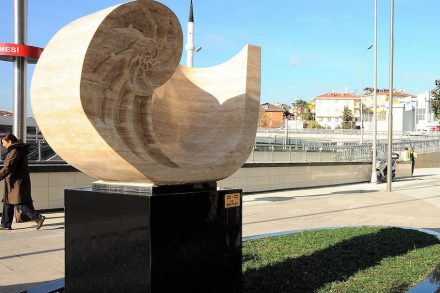 Meeting her in person, one would sooner think, one was speaking with the owner of the gallery rather than with the stone sculptor despite the fact that Çıdam Melek moves heavy blocks of stone and noisy equipment.

So, what prompted her to work this of all materials? This is what we asked ourselves after having met her and exchanged a few words at the 2017 Izmir Marble Trade Fair.

Stone is „an ancient friend of mankind“ she says, one which has accompanied cultures throughout the millennia and which preserved and adorned houses and streets.

She, Çıdam Melek, has been discovered by stone in her role as an artist, she says, implying that it was stone which found her.

Her handling of the material within the artistic production process is heavily influenced by friendship and togetherness: „Indeed we work together, we listen to each other with respect. Thus, stone reveals a fantastic energy … as a result of the unity of two friends, working in harmony and in devotion.“

She sees it as her goal to show her contemporaries and beauty of stone. This path leads people to self-respect and respect of others, she says. 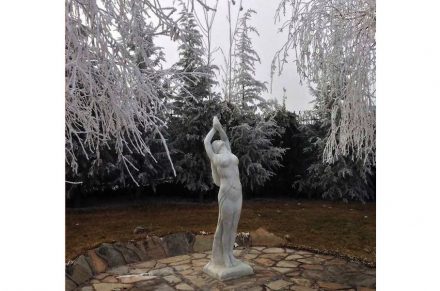 Let us take a look at her curriculum. Çıdam Melek discovered her affinity to art after she became a mother at the age of 25, which is when she began thinking of the life and creation and when she began to paint. Later she studied fine arts at the Bilkent University in Ankara after having begun her degree in English and Literature.

The more time she spent thinking about art, the stronger her urge to look even deeper. Stone came to her by the way after having watched a television broadcast on stonemasonry: „I heard the harmonious sound of the chisel, hammer and stone, whispering to my ear ,it is me you are looking for’.“ 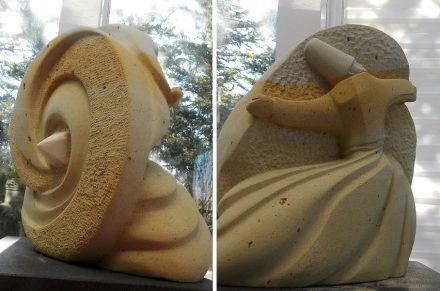 The difficulty was in finding a master craftsman to train her in working stone. She finally found a stonemason near a graveyard who worked gravestones and fireplaces. „Through disciplined work and belief, I managed to be a stone craftswoman ready to combine her experience in art with stone craftsmanship“ she reports. 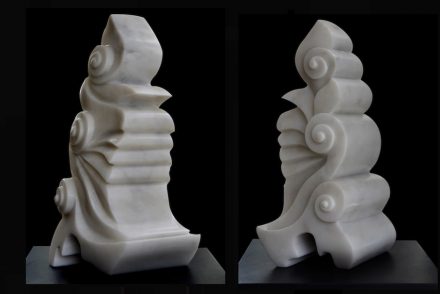 After having set up her own Studio everything else proceeded quickly. She created a niche for foreign diplomatic circles within the Turkish capital who bought her works and took part in the courses she offered. 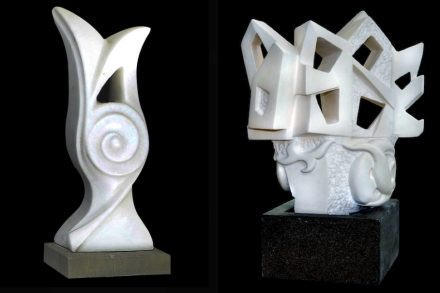 By and by, some of her former students have become artists in their own right. She, herself, was awarded the distinction of Praiseworthy Artist in Sculpting in 2015 by the Association of Art in Ankara. 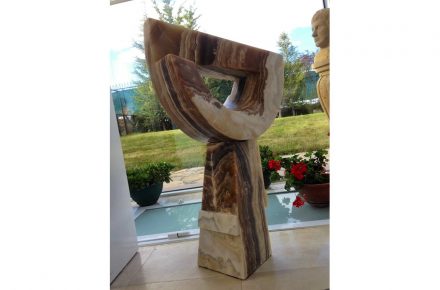 She sums up her message to her students like this: „Be one with your stone, talk to it, let it manifest its own character, work in cooperation with your stone, do not try to dominate, listen to it and learn because stone is an Ancient Friend coming from the depths of our World and teaching us to be deep.“ 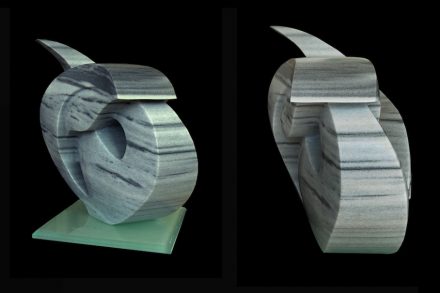 Occasionally Çidam Melek works with Sırma Yıldız as was the case when creating the „Nautilus“ (see photo top of the page), in Istanbul’s Marmaray Metro-Station. 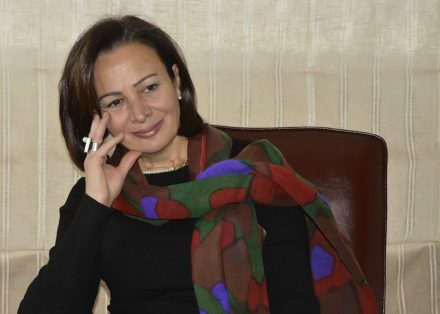 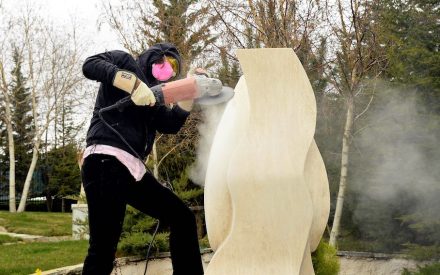 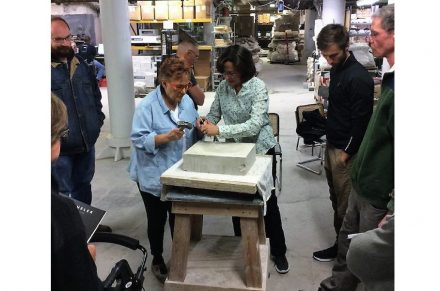