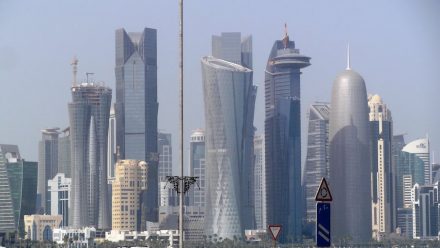 The Turkish Stone Branch could prove to gain from the current Persian Gulf blockade imposed on Qatar: Building companies from the Emirate are planning to visit Turkey to look at natural stone in preparation of the 2022 FIFA World Cup, according to the Daily Sabah newspaper. Qatar placed 18th in 2016 in the list of natural stone importers from Turkey (1, 2).

At this year’s Red Dot Design Award the Engineered Stone Neolith Nero Marquina was one of the winners. The jury statement was: „The design of the Nero Marquina sintered compact surface reflects high technical expertise. Its pleasing appearance will suit a variety of living environments“. Another prize was given to Stonetto by German Duravit company. The jury praised that the artificial material looked like naturally washed-out stone and was slip-resistant (1, 2).

In the reconstruction in Nepal’s earthquake zone, local wood and stone will be used as building material for houses. These materials were better than concrete for such cases, Swiss Berner Zeitung reports (German). 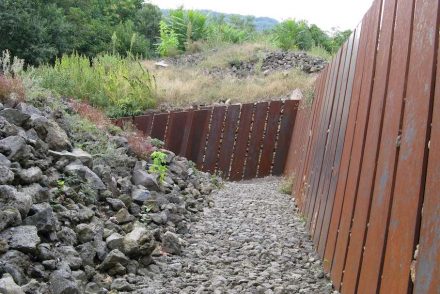 This year’s Pritzker award winners RCR Arquitectes, Spanish Rafael Aranda, Carme Pigem and Ramon Vilalta, are well known for buildings perfectly integrated into the landscape and almost dissolving themselves in it. One example for a project using stone is the access to the Park Pedra Tosca which belongs to the La Garrotxa Natural Park: in the former volcanic zone, the architects have constructed hills and hollow ways using steel plates and basalt stone which seem to bring visitors into a wonderland (1, 2).

Exploring Natural Stone in the 19th century in Sweden, Finland, and Norway and the use of natural stone in construction is the subject of an online publication.

A variety of Product Ideas in natural stone from house signs and numbers to gravestones for pets are produced by British Stonesign Company, a member of the MS-Group (1, 2).

Stone Federation Great Britain is planning an „Ethical Stone Register“ to meet the requirements of the Modern Slavery Act (1, 2), the Stone Specialist reports.

The New York Times Magazine has published a report about stone quarrying in Carrara. Its title: „The Majestic Marble Quarries of Northern Italy“.

Xiamen Stone Fair has published statistics of China’s stone import and export in 2016 and before. Data are based on figures from the General Administration of Customs.

Video of the month: Sand Marble Race from the Netherlands is an entertainment especially for adults who are still kids.