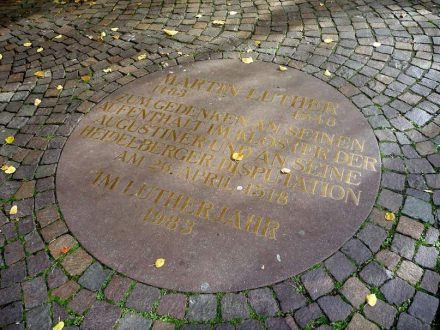 There is no known documentation of Martin Luther’s (1483 – 1546) special bond with natural stone, though there would have been reason enough: only the finest, most precious marble was used in rebuilding St. Peter’s Cathedral in Rome.

The story is well known: The Catholic Church had engaged in a thriving commercial enterprise to finance the construction of a new St. Peter’s Cathedral by indulgence. The business model was smart: First the Church propagated eternity in Hell for all who had sinned, then sinners were offered a way out by purchasing indulgence certificates to avoid damnation to an eternal after-life in Hell.

Luther was enraged by the practice and the opulence surrounding clerics. On October 17th, 1517 he posted the Theses of his critique on the doors of the All Saints’ Church in Wittenberg marking the beginning the Reformation movement.

2017 celebrates the 500th anniversary of the event worldwide. It is uncertain whether the posting actually took place as recounted. But the Ninety-Five Theses and their propagation are well documented.

Many famous historical figures, whose anniversaries were the subject of our reports, use Luther’s metaphoric stone. This may be because one could not only see stone but also hear it wherever stonemasons were at work.

Probably the „Stone of Offence“ is a metaphor from the Lutheran Bible translation of Jesaja 8:14: „And he will become a sanctuary and a stone of offense and a rock of stumbling to both houses of Israel, a trap and a snare to the inhabitants of Jerusalem“. It may have been derived from Psalm 91:12 also found in Luke 4:11 where the expression „with their hands they will support you, lest you dash your foot against a stone“ is used.

Luther’s translation of the Bible had great repercussions in history. Under the alias „Junker Jörg“, he settled in to the Wartburg, a Middle Age castle in Thuringia, where he translated the New Testament from Latin to German in less than three months. Note that he made a point of using expressions which the common man could understand.

The site of translations, the Wartburg, precariously perched on a rocky ridge over a precipice 200 m above the City of Eisenach in Thuringia, takes us back to stone. The appearance is characterized by local Seeberg Sandstone.

The Castle plays a significant role in various stages of German history. 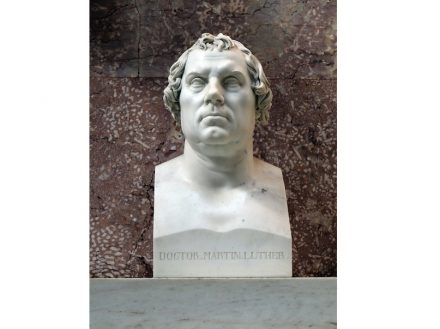 Whereas Luther’s translation of the Bible was verbally elegant, in other works he used a more direct approach as was the norm in those times, e.g. „a despondent arse cannot produce a merry fart“ (Aus einem verzagten Arsch kommt kein fröhlicher Furz).

But Luther also wrote a number of inflammatory works against the Jewish community, so much so, that in the 20th century Hitler and the Nazis even quoted him in speeches.