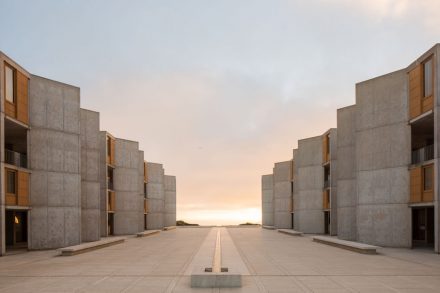 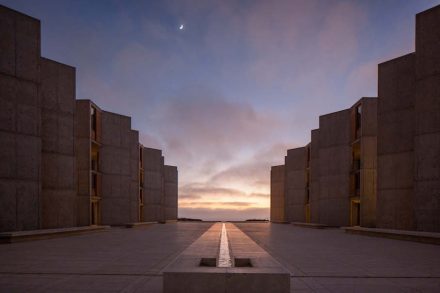 After four years, conservation efforts are complete for one of the key architectural elements at the Salk Institute in La Jolla, California — its teak window walls. The site, with its court in travertine, was completed in 1965 and designed by famed architect Louis I. Kahn.

It is widely considered to be a masterpiece of modern architecture.

Support for the restoration came from the Getty Conservation Institute (GCI). 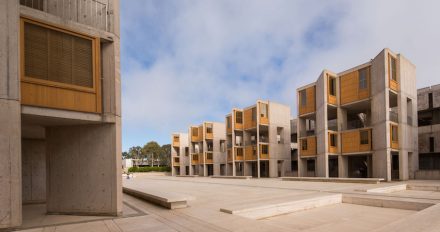 Architect Louis I. Kahn had been commissioned by Jonas Salk, the developer of the polio vaccine, to design the campus for his new scientific research institute on a coastal bluff in the La Jolla area of San Diego.

Both worked closely together on the design of the buildings, which house offices, studies, laboratories, and other research facilities.

After 50 years in an exposed marine environment, the institute’s 203 distinct teak window walls, set within the monolithic face concrete walls of the study towers and offices, had weathered to a non-uniform appearance and were deteriorated. They are significant elements of the overall site, expressing a human element and scale within the monumental structure. 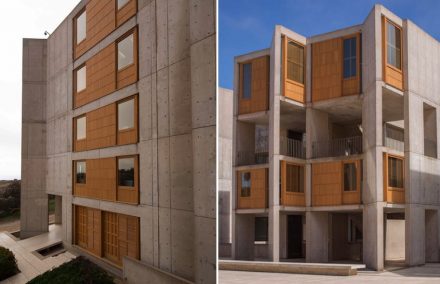 Research funded by Getty’s Conserving Modern Architecture Initiative (CMAI) had analyzed the reasons for the damages in the wood and showed ways for conservation. „Through the careful planning of everyone involved, the restoration effort was able to reuse over two-thirds of the original Southeast Asian teak,” says Tim Ball, senior director of Facility Services at Salk. „The teak will last a minimum of 50-70 years more thanks to the conservation plan.” 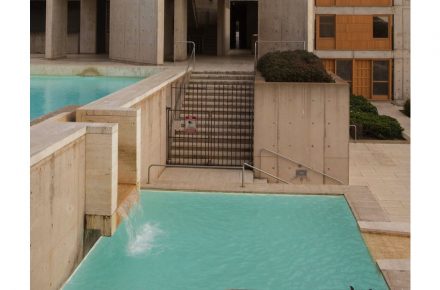 Salk and Kahn had planned the site to bring together scientists from all over the world in a special atmosphere of natural grandeur, human modesty, and peace. All the buildings are oriented towards the Pacific Ocean. The 2 wings are grouped around a central court which has a contemplative or even magic touch and is meant to bring the researchers together for an exchange of ideas.

Different from the buildings in face concrete and teak, the entire court is paved in travertine.